The series is set in a jazz club in Paris.

Damien Chazelle has revealed that a key character in his new Netflix show The Eddy was almost completely different. 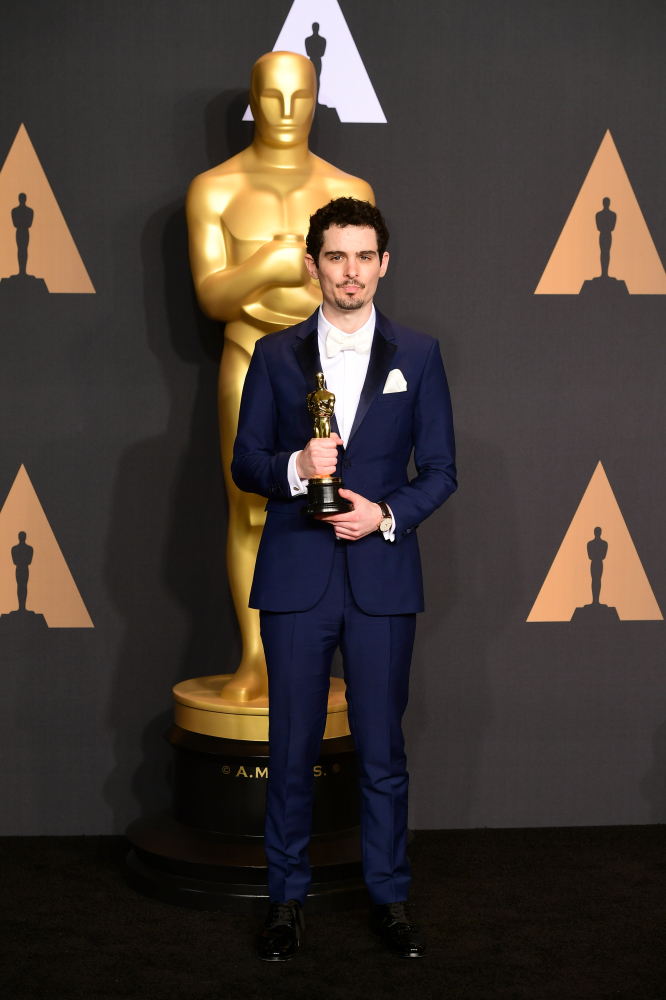 The La La Land director's new project centres on a French club owner dealing with the chaos of running a jazz venue in the heart of Paris.

It stars The Knick's Andre Holland and the Polish Cold War actress Joanna Kulig, but Chazelle said Kulig's character Maja was originally intended to be an American called Kelly.

Speaking during a virtual Bafta panel, he said: "Certain characters that we had already envisioned as one nationality became a completely different nationality.

"In a show about how culture and language and nationality can shape people, those ended up becoming really important things, they would dictate the characters.

"So, trying to be open to that and finding the best people who seemed to command the screen, whether or not they fit who we imagined."

Discussing Kulig's character, he said: "The idea was she was part of Elliot's (Andre Holland) American past and they had come together, and so together they were part of this expatriate Americans in Paris community and instead became how they don't speak the same language.

"She is always slipping into Polish and Andre is slipping between French and English, and her English is broken, the only time they can really communicate is when they are playing music and everything else, the dialogue of it is fragmented and cracked in some way."

Addressing the difficulties faced casting the series, he said: "One of the most exciting things for me was doing the music live with real musicians, it was part of the pitch at the outset that this was going to be essentially about a live band, a band that could play outside of the world of the show.

"It created all sorts of hurdles for the casting, who could hold their own as actors, sometimes for whole episodes.

"The hurdles were there right at the outset and there in the casting, and it took a while, but once we found the band, I remember during prep they would be rehearsing their songs and I would show up with my iPhone and start obnoxiously filming them.

"I would be up in their face with my camera, just to get them used to having a camera there, a lot of them had never been on screen before.

"The goal, which wound up being the reality, was by the time we were shooting the show itself there wouldn't be such a strict line between music and non-music, and musicians and actors, and everything would feel organic and fluid and messy."

Comparing the show to his films Whiplash and La La Land, he said: "This one was the closest to documentary for me, in terms of the approach to music.

"It was what was so fun and liberating about shooting it. Both Whiplash and La La Land were visually editorially composed movies, whereas here it was really letting the realities of these musicians dictate what they were going to do with the camera and the style of shooting."

The Eddy is streaming now on Netflix.