Edward Furlong has been accused of violating his probation after allegedly disobeying his estranged wife's protective order.

The Terminator 2 Judgement Day star was sentenced to three years probation in 2010 after he pleaded no contest to violating a restraining order obtained by his former lover Rachael Kneeland.

He was required to abide by the ban throughout 2013, but on Friday (15Feb13) he appeared in a Los Angeles court to face charges he recently violated the communication ban.

Details of when or how he reached out to Kneeland is unclear, but he was remanded in custody until his next hearing, which was set for 4 March (13), according to TMZ.com.

This is the latest in a string of legal problems for the actor - he has been arrested two times in the past four months on domestic violence charges.

He also lost a role in new movie Other Plans due to his headline-grabbing antics. 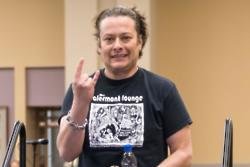 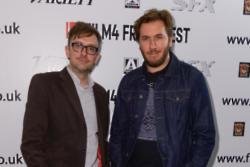