She is expecting a child with actor Orlando Bloom.

Katy Perry has said that living with children during the lockdown means she is "learning to be a mum fast". 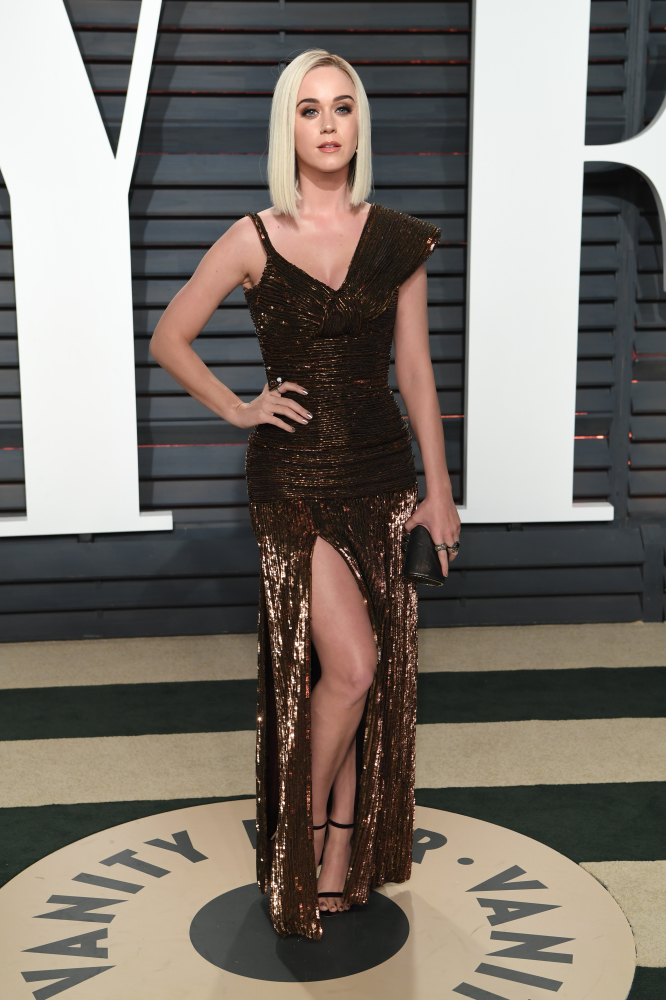 The singer, who is pregnant, told the BBC's Graham Norton Show that she has been spending the period living with some of her young relatives.

Perry, 35, is expecting her first child with her actor fiance Orlando Bloom.

She told the programme: "I'm learning to be a mum fast.

"Kids gravitate towards me through my music, so I am used to them, but I am not used to being woken up really early in the morning by them staring at me from the side of my bed."

She said that she is living with "a three-year-old and a six-year-old and my brother has an eight-month-old baby", as well as Bloom's son, who is nine.

Perry also discussed revealing her pregnancy in the music video for her single Never Worn White.

She said: "I thought, what better way to reveal big news in my life to my fans who have grown up with me, than via music."

The video ends with a side-on shot of Perry cradling a baby bump.

She told the Graham Norton Show that the video was shot "quite early on" into her pregnancy, adding that "half of it" was fast food.

Discussing her new single Daisies, Perry said it is "a simple message of staying true to your dreams no matter what anyone says".

She added: "In the pandemic, it took on a whole new meaning for me.

"I think I've taken some things for granted and when I get out of this hell, I am going to live my best life and do all those things I've perhaps put on the shelf because I thought they were accessible at any time."