The guitar used by Nirvana frontman Kurt Cobain during the band's famous MTV Unplugged in New York concert sold for a staggering 6 million dollars (about GBP 4.85 million) at auction. 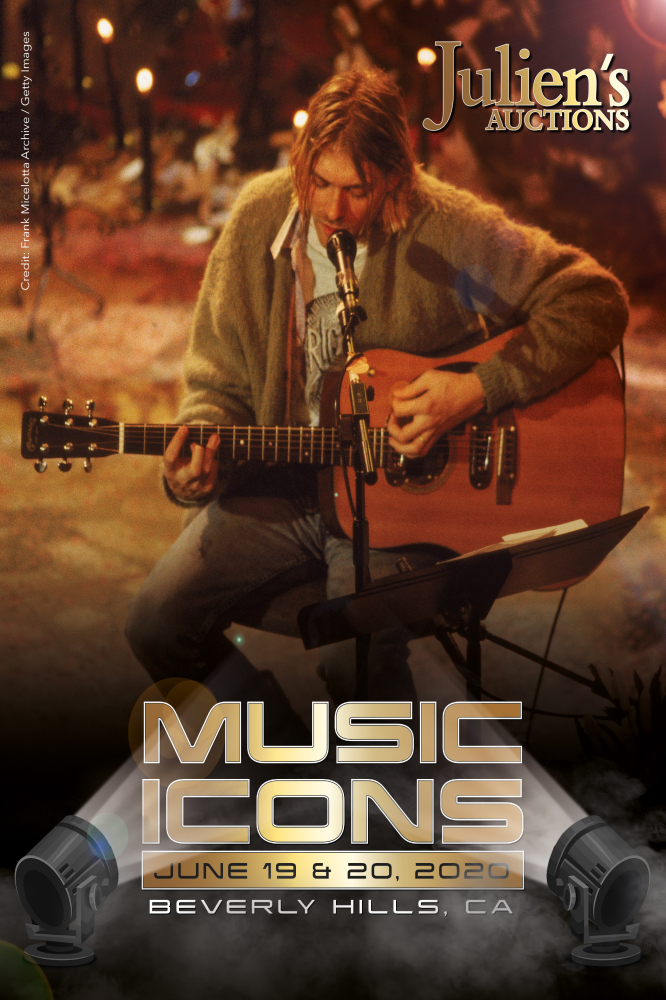 The 1959 Martin D-18E featured in the grunge group's performance in November 1993, five months before Cobain's death at the age of 27.

There had been fevered interest in the guitar in the weeks leading up to the sale and organisers Julien's Auctions opened the bidding at 1 million dollars (about GBP 801,000), but that was quickly shattered.

The winning bid of 6,010,000 dollars came from Australian businessman Peter Freedman, owner of Rode Microphones, who bid in person in Beverly Hills, seeing off competition from around the world.

Mr Freedman plans to display the guitar in a worldwide exhibition tour, taking the instrument to galleries and art spaces with all proceeds going to the performing arts.

He told the PA news agency he was "scared shitless and shaking" when the auctioneer's gavel dropped, but he is proud to be able to use the guitar to support artists and is already thinking of what to do with it next.

He said: "It's a big deal. I didn't even buy it for me. I paid for it but I'm going to use it to highlight the plight of artists worldwide by touring it around and then I'm going to sell it and use the dough for that as well, later."

Mr Freedman, whose family first opened an electronics shop in Sydney in 1967, added: "The musicians and artists have supported my family since the 60s. We've been in that game forever so I've been very lucky with Rode and I've been able to give away lots of money, quite a few mill."

He said he had no limit on what he would have paid, adding "I was going to get it (the guitar)".

Mr Freedman said: "There were some seriously rich people here and I suppose I could have been completely scared shitless and somebody who has got billions and billions just pays, what, twenty, thirty million? But I would have kept going."

The guitar was the seventh of only 302 D-18Es built by Martin and was customised by Cobain, who added a Bartolini pickup to the soundhole.

It came with the original hard-shell case decorated by the singer-songwriter with a flyer from the punk rock band Poison Idea's 1990 album Feel The Darkness.

Three baggage claim ticket stubs are attached to the handle, along with an Alaska Airlines sticker affixed to the case and the storage compartment contains Cobain's half-used pack of guitar strings, picks and a suede "stash bag".

Julien's Auctions has previously broken world records for Cobain-related items. In October last year, the cardigan he wore for the MTV Unplugged performance sold for 334,000 dollars (about GBP 270,000).

Saturday was the second day of Julien's Auctions Music Icons event, which saw more than 800 items go under the hammer.