Lindsay Lohan is launching a new menswear clothing line on Thursday (05.12.14) that is reportedly called "My Addiction." 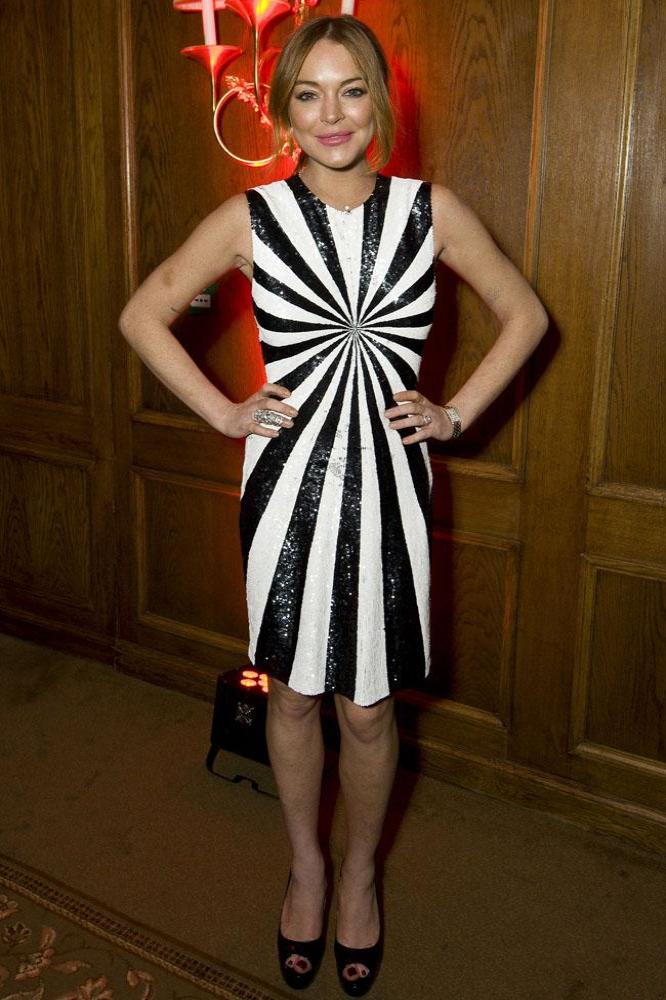 Lindsay Lohan is launching a new clothing line on Thursday (05.12.14).

The 28-year-old actress, who is getting her life and career back on track after six stints in rehab and numerous legal issues, is set to release a menswear collection with Civil Clothing, which is reportedly called "My Addiction."

A source told gossip website TMZ.com that the clothes will be sold exclusively at PacSun in the US, which has also collaborated with reality TV stars Kendall Jenner, 19, and Kylie Jenner, 17, in the past, and will retail for upwards of $29.95.

The clothing company released a "sneak peak" from the 'Mean Girls' star's recent photoshoot for the capsule collection, in which she is wearing an oversized black football shirt emblazoned with the words "Lohan Regime" on the back.

The brand also posted images of several T-shirts from the range, printed with Lindsay's face, on its Facebook page, with the caption: "Civil x Lohan colletion dropping 12/5 at Pacsun.com (sic)"

Lindsay is expected to move back to New York City this month after recently completing her stint in London's West End, where she was starring in 'Speed-the-Plow'.

A source previously said that her mother, Dina Lohan, and sister Ali were apartment hunting for her and considering placing an offer on a $2.2million apartment at the W Downtown in the Financial District.