The show premiered in February and has already been renewed for a second season by Apple.

Rob McElhenney has described the process of remotely filming a special lockdown episode of his comedy series Mythic Quest: Raven's Banquet as a "nightmare". 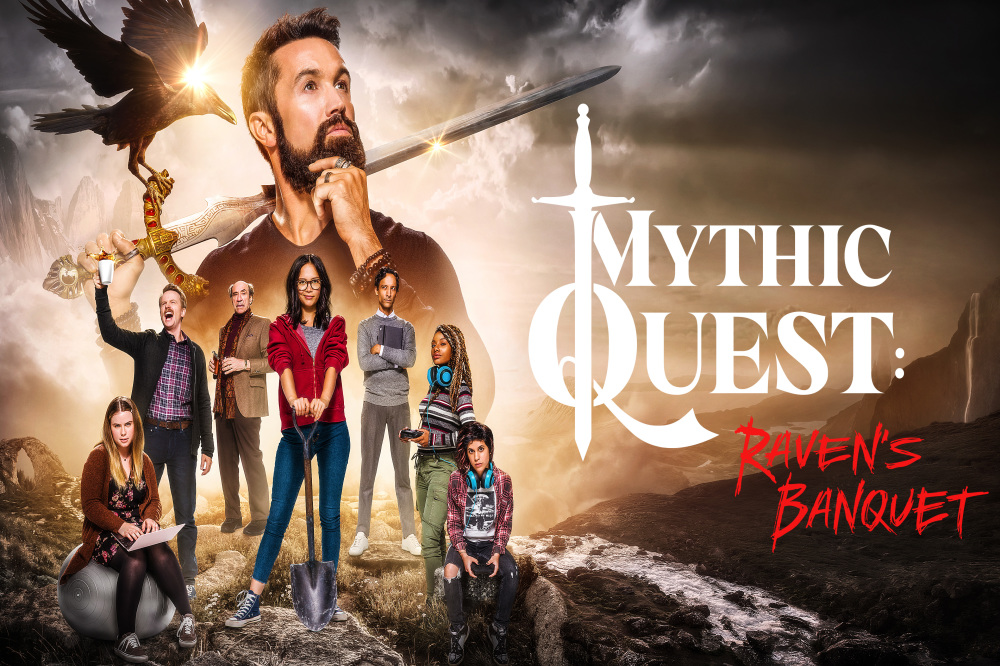 Production on the well-reviewed Apple TV+ show was paused in mid-March as the entertainment industry hunkered down amid the coronavirus pandemic.

Rather than waiting for work to pick back up again, McElhenney, the show's star and creator, devised an episode that could be shot and edited from home.

McElhenney described the process as a "nightmare" but credited the "truly miraculous" iPhone with making it possible.

"It just wouldn't have been technically possible to do it the way we did it without them, and they were very reliable but everything else was an absolute nightmare," he said.

"Just the logistics of scheduling and putting this many people together in virtual rooms – brutal. It was the hardest production of my entire career, but probably the production – and the episode – of which I'm most proud."

Mythic Quest follows a team of video game developers as they navigate the challenges of running a popular video game. It premiered in February and Apple as already ordered a second season.