Russell Brand has defended fellow comedian Frankie Boyle after his crude stand-up set was axed from the TV broadcast of a fundraising supergig on Wednesday (06Mar13).

The controversial Scottish star was booed by the audience at London's Wembley Arena for making bad-taste jokes during Brand's Give It Up for Comic Relief event.

However, Brand, who organised the event to raise money for charity, has taken to Twitter.com to stand up for the funnyman.

He writes, "Give It Up was amazing. All performers great. Frankie Boyle, excellent and adored anyone there would testify".

Meanwhile, bosses at the Comic Relief charity have issued an apology over the uproar.

A spokesperson says, "Comic Relief is very sorry to anyone that may have been offended by the concert. The gig included a range of performers who all gave their time for free. We appreciate not all the C2ADpersonalities who take part are to everyone's taste, and hope our supporters haven't been offended".

The show, which also featured music sets from Nicole Scherzinger and Jessie J, was held to benefit organisations which help drug addicts and alcoholics get sober. 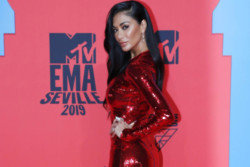 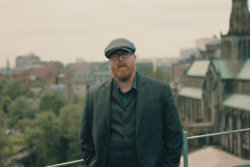 Win a copy of Frankie Boyle's Tour of Scotland 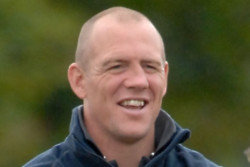