A week in the world of women's sport: Lucy Bronze in the running for another top Fifa gong

In our weekly feature on the ins and outs in women's sport, England right-back Lucy Bronze is on the shortlist for the Best Fifa Football Award while the Western Storm have won the Super League.

A week in the world of women's sport

Cricket The Western Storm are your 2019 Kia Women's Super League champions and their name will be final one etched on the trophy as this is the last edition.

The Storm, who also won the title in 2017, beat the Southern Vipers by six wickets after chasing down a target of 173 on Finals Day in Brighton.

England opener Danni Wyatt took her runs tally for the tournament to 466 with a 42-ball 73 and her captain Tammy Beaumont chipped in with 33 as the Vipers posted a competitive 172 target.

However, England captain Heather Knight led the chase with an unbeaten 78 from 53 balls as the Storm won with six balls to spare.

England batter Wyatt was named player of the tournament.

"We were about 10 or 20 runs short there but credit to Heather and Western Storm, they played excellently today," she said.

"It's a shame that's the last of the KSL but we've got the 100-ball competition coming up which is really exciting."

Football She has already been named UEFA Women's Player of the Year and now Lucy Bronze is also in the running for the Best Fifa Football Award.

The England right-back is one of the finalists for the gong alongside United States World Cup-winning duo Megan Rapinoe and Alex Morgan.

England coach Phil Neville is among the Women's Coach Finalists along with Jill Ellis, who led the US to World Cup glory, and Sarina Wiegman, who was coach of World Cup finalists the Netherlands.

Golf Australian Hannah Green won her second LPGA title after she claimed a one-shot victory at the Portland Classic.

The 22-year-old carded a final round five-under-par 67 at Columbia Edgewater Country Club to finish on 21-under for the tournament with American teenager Yealimi Noh just missing out.

.@hannahgreengolf fought back Sunday to earn her second @LPGA Tour victory at the @PortlandClassic.

Noh was looking to become the third Monday qualifier to win on the LPGA Tour, but came up short.

"Grinding out and making sure that I stayed patient," Green said. "I think the putt on 17 was obviously huge to get me tied with Yealimi coming into the last hole. And the clutch putt on the last is something that I will remember for a long time."

Up next is the Solheim Cup at the Gleneagles PGA Centenary Course in Scotland from September 13-15.

Netball The Manchester Thunder have snapped up a big signing as Australian Ashleigh Neal has joined the defending champions for the upcoming Vitality Netball Superleague season.

The versatile Neal, who can play wing attack, centre and goal attack, joins from London Pulse.

The Australian WA, C & GA will play a key role both on and off court.

"I’m super excited and honoured to be joining the Thunder family to help them defend their title in 2020," the 30-year-old said.

"One of my passions is to encourage the future generation of netball stars to be spotted and developed and that’s something I can’t wait to be part of in Manchester and across the North West.

"I look forward to meeting all the Thunder fans and young netballers across the region in the months ahead."

Tennis The 2019 US Open continues at Flushing Meadows and some big names have been knocked out as second seed Ashleigh Barty and third seed Karolina Pliskova exited in the round of 16.

Konta reached the quarter-finals of the US Open for the first time with a three-set win over Pliskova.

Can you believe?@JohannaKonta upset former finalist Pliskova for a spot in the quarterfinals: https://t.co/WsU7xE1Hks#USOpen pic.twitter.com/vgKDA2yXj5

Meanwhile, the moment of the tournament came from Osaka and Coco Gauff.

After Osaka brushed aside the teenager in three sets, she then asked the 15-year-old to join her in her post-match interview and it ended up a teary affair.

By Shahida Jacobs, editor of Tennis365.com 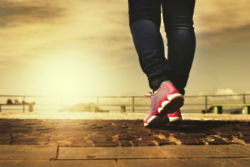 Positive changes in female sports reverberating in other industries

A week in the world of women's sport: T20 World Cup glory for Australia in front of record crowd