Now a recognisable face across the country thanks to his breaking down of the kids' actions on The Secret Life of 4 and 5 Year Olds, Dr. Sam Wass knows what he's talking about when it comes to the minds of little ones! Having teamed up with LEGO on a LEGO City project, aiming to get children thinking about what it means to be an every day hero, we got the chance to put some questions to Dr. Wass all about his career, work with The LEGO Group and more... Dr. Sam Wass and Greg Rutherford at the LEGO City Hero Academy, an event held at the London Transport Museum

What’s a typical day for you Sam?

I’m mainly a research scientist, managing a lab where I have eight staff running different research projects with babies and young children. We are running a few studies looking at brain function in young children, as well as a project in which we attach little microphones and cameras and stress monitors to children to look at how different environments affect childrens' stress levels - and another project in which we look at how emotions are shared between two people - an adult and a child - while they are doing shared activities together. It’s a pretty fun job, that involves lots of different things - running testing sessions with young children, analysing the data that we collect, writing up the results, and then travelling round to present them.

How did you end up appearing on The Secret Life of 4 and 5 Year Olds?

I was first contacted a few years ago, when they were putting together a pilot version of the show. The original concept was that children would be taken one by one into a room, where they would then take part in a series of famous experiments from the history of child psychology - like the ‘marshmallow task’ -  and then the same children would be filmed in the nursery, interacting with other children. I was asked to suggest other famous experiments I knew from the history of child psychology that we could use. One thing led to another, and eventually I ended up appearing on-screen.

Tell us about what you’ve been up to with The LEGO Group?

LEGO City is a range of real-life based construction toys that focuses on buildings, vehicles, and scenarios that are familiar to those that children encounter in their everyday life. The key age range is 4-6-year old children.

I have been working with LEGO City, helping to run some research looking at heroism in young children, and their attitudes towards it. As part of this, we asked children what kinds of jobs they want to do when they are grown-ups and we found jobs that would maybe be considered to fall under traditional ‘heroic’ jobs - like being a police officer, or a fire fighter - are losing in popularity. We started a campaign to raise awareness of this - and of the importance of imaginative play in helping children to develop their own ‘inner hero’.

We weren’t trying to get more children to aspire to necessarily be a firefighter or a police officer, but instead start thinking about what kind of traits every day heroes have and encourage the children to start displaying these in the every day – inquisitiveness, teamwork, a sense of right and wrong, being caring and helpful. These skills are essential in all manner of jobs and by getting the children to think about them at a young age we’d then expect to see them displayed more as they develop.

What did you find out from the focus groups?

Children aged 4-6 year olds go through a shift, from thinking about heroes as people who are infinitely powerful, like superheroes, towards appreciating that in fact, in the real world, nobody is infinitely brave, or infinitely strong - and that the people who are brave and strong are people who have worked hard to get there.

Some of the older children we talked to were starting to realise just that - how real-world heroism involved simple things, like making sacrifices for a loved relative - or one little girl who told a story about how she dropped a toy under her bed, and she really wanted to get it back so she reached down under there - even though it’s dark and scary under her bed. She thought that that made her a hero - and we completely agreed!

Is creative play important for a child’s development?

Yes - definitely. Creative play helps children to develop key skills they will need for life. It may look as if children are just bashing together a couple of figurines when they play – but in fact, research suggests that children are thinking themselves into the characters’ perspective while they act out imaginary scenarios. They’re really feeling what the world, and what a particular sequence of events, feels like from their character’s point of view!

So because of this, imaginative play helps children ‘try on’ scenarios in their heads. Although a child might not be ready yet to actually enter a burning building and rescue someone from it, acting out this imaginary scenario during play can be an essential part of imagining what it would feel like if they did it themselves. And this process of imagining it can be an important part of preparing themselves for different situations later in life.

Yes - to a degree. Having watched a lot of different children playing over the years, I think that children often use play to ’try on’ a variety of different hats, to see which fits. One day they’ll want to see what being a doctor feelslike, another day a teacher, then an athlete and then a police officer. Interestingly, a lot of the children most interested in infinitely powerful superheroes are children who naturally, by themselves, are quite fearful. Creative play gives children a safe environment to try and learn more about the world.

Will there be another series of The Secret Life of 4 and 5 Year Olds?

We don’t know yet - we’re waiting to hear!

Why do you think the show is so popular?

I think that there are lots of reasons. One of the things that we always go for is to look for ways in which 4-year-olds behave that remind you of things that we still do as adults. The idea is that the audience doesn’t think ‘ah! cute little children - they’re so different’ - but rather ‘oh my goodness, that four-year-old is doing that, and I do that too!’. Like a lot of good TV based on psychology, I think that the ultimate aim is to help people watching it to gain more understanding of themselves. And I think that we’ve been fairly successful at that, over the years. 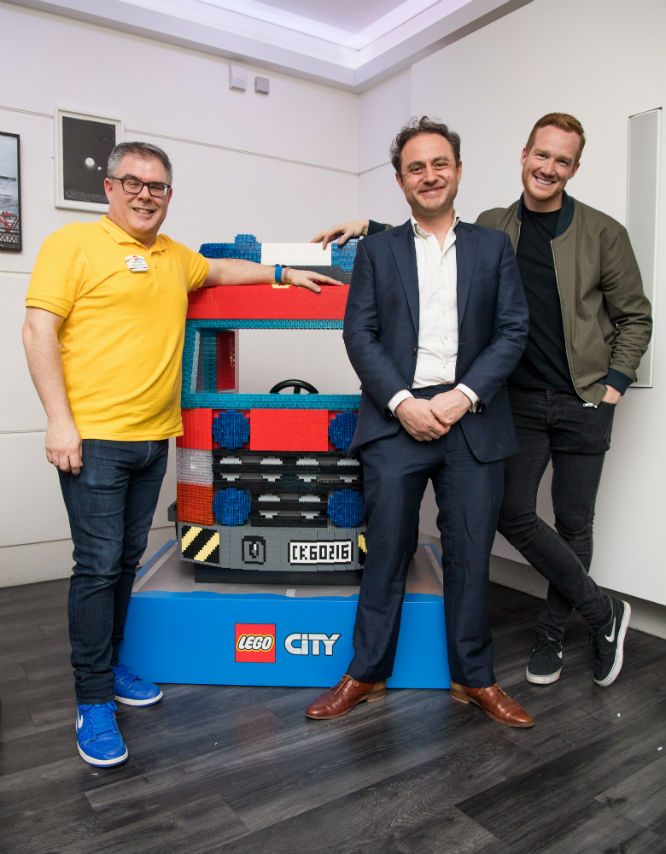 Dr Sam Wass, in partnership with LEGO City, shares his top tips on how parents can inspire heroic behaviour in their young children: