Hilaria Baldwin often shares details of her four pregnancies, the highs and lows of raising her children, and having a big family.

There was no heartbeat today at my scan...so it’s over...but I have some pretty strong and amazing heartbeats right here. I am surrounded by such love and I feel so fortunate. Thank you all for listening, for your support, and for sharing your own personal stories. We are stronger together...I hope this conversation continues to grow and that we stick together through both the beautiful and challenging moments in life. Much love and appreciation to all of you 💜

This week, she revealed in an Instagram post that she had experienced a miscarriage with the intention of normalising talking about pregnancy loss.

Speaking openly about the difficult time, Hilaria spoke of her gratitude for her family, the support she has received from them, and also the kind words from her followers.

“There was no heartbeat today at my scan...so it’s over...but I have some pretty strong and amazing heartbeats right here.”

We hope that Hilaria’s openness will inspire other women and their families to start talking about the sensitive issue and in time the stigma of miscarriage will be a thing of the past.

Happy National Siblings Day... and to my big sister, your the best especially when helping me and my dress into the getaway car. #nationalsiblingday

And it was lovely to see the Royals get involved, too.

Princess Eugenie posted a photo of her on her wedding day with sister, Princess Beatrice, who was doing the number one sister duty - holding up her veil and helping her into her car.

Though followers did point out a minor grammatical error in her caption (it’s you’re - not your), we still love this photo and the love these two have for each other.

Sometimes autocorrect lets us down, but sisters never do! Sibling goals…

Flying critters are a nuisance - we all know that. But this week Jill Duggar shared a picture on Insta that fans weren’t best pleased about…

No, just no! . I spent several minutes yesterday trying to kill a wasp that come into the house and in the meantime also killed a bee, then killed ANOTHER wasp today! Israel was helping protect Sam while I kept telling him how I wished @derickdillard was home at that moment to kill the flying, stinging insect!! lol I HATE flying critters!!! Actually, I hate almost all bugs, but especially those that can actually do some harm...or look like they could!! . . Who else hates these things with a vengeance?! 😳😰🐝🦗🦟🕷🕸

Sharing her annoyance of the hard-to-catch insects online, she wrote: “I spent several minutes yesterday trying to kill a wasp that come into the house and in the meantime also killed a bee, then killed ANOTHER wasp today!”

Yeah - the buzzing can drive even the most patient of us up the wall - but girl, save the bees!

Gemma Atkinson talks about the highs and lows of pregnancy

Since I posted the videos of me training during pregnancy I’ve had lots of messages from pregnant ladies saying “I wish I had the energy” or “i look massive and I’m only so many weeks” or “all I want to do is eat and sleep” The last thing I want is for any woman to not feel like they are doing ok. So today, I wanted to share one of the days when I’m NOT doing my training and NOT having my green juice and NOT doing my meditating because I do have those days as well. Y’day my day started at 4am and finished at 8pm. I was so exhausted I felt sick. I know there’s millions of woman who have been pregnant before me & there will be millions more after me and from that what I know is that EVERY pregnancy is different. Today I didn’t shower, I came home from work, I put my trackies on, I lay with the dogs and for my tea I’ve ordered this large pizza just for me! I’m basically a sloth 😂 Some days I feel like that and that’s because I’m growing a human (even when I wasn’t pregnant I had those days) There’s always someone saying “wait until baby comes, then you’ll be tired” etc etc... YES I know. My sister has 3 children and I’m fully aware of how hard it can be. That doesn’t mean I’m not entitled to a lazy day now and then before my baby arrives. If today like myself you’ve also been a sloth, don’t beat yourself up. I try to make sure that my good eating & training days outweigh my sloth days and as long as I’m happy and healthy and my baby is the same, that’s all that matters. Pregnant or not, hang in there you’re doing ace ❤️🤰💪🏼

Gemma Atkinson shared an honest post about her pregnancy, and how things aren’t always as they seem in the world of social media.

Speaking of the common struggles of pregnancy, she highlighted that despite always seeming OK on Instagram, she - like every pregnant woman - has slower days, and that’s totally normal!

Captioning a picture of herself enjoying a pizza that made us feel super hungry, she said: “Today I didn’t shower, I came home from work, I put my trackies on, I lay with the dogs and for my tea I’ve ordered this large pizza just for me! I’m basically a sloth.”

She received plenty of praise and support from her followers, who thanked her for speaking out about the Instagrammable and the not-so Instagrammable moments of pregnancy.

After a hiatus from the online world, Pete Davidson returned to Instagram this week with a few cryptic posts.

The Saturday Night Live comedian shared an image of himself as a child and two blank images. He used this to announce three dates and locations where he will perform alongside John Mulaney for their comedy tour.

It comes after fans were left concerned about Pete when he shared a worrying message on Instagram in December.

Though we can’t say for certain of how Pete is now - we are glad that he has a fresh focus and has taken some time away from Instagram to put his energy in this and himself.

We got some serious nostalgia when Kaley Cuoco posted this cute throwback picture of Penny from the pilot episode back in 2007!

The gorgeous actress’ followers complimented her in the comments, saying how she had not aged one bit! And we agree - she is still Penny from the pilot!

Selma Blair has been speaking about some of the issues she has been facing relating to multiple sclerosis.

This was from a book to raise money? Awareness? for brain cancer. I have my own memory problems. I might forget what I am looking up in the middle of it. Or I would give you more info on this book. So. I keep typing. I never saw this picture until my friend @johnmcilwee sent to me on Saturday. My face looks good. I don’t know if I ever thought so. Go look back at a younger you on plain old film or Polaroid to feel like Isabella Rossellini or some beauty. #tbt

On Friday, she posted a stunning photo of herself and used the caption to open up about the memory problems she struggles with. She said: “This was from a book to raise money? Awareness? for brain cancer. I have my own memory problems. I might forget what I am looking up in the middle of it. Or I would give you more info on this book. So. I keep typing.”

We are so pleased that Selma is raising awareness of her condition by talking about it online and wish her all the best coping with the difficult effects.

It is our top pick this week because it’s so cryptic and has got us all excited for what is in store with Tay.

This post came after Taylor put a countdown on her Instagram story, leading many to believe it could mean that she will soon be releasing some new music.

If the theories are correct, we are so ready and are certainly on countdown too! 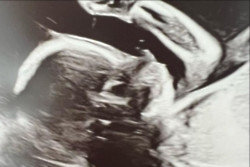