Kaili Vernoff, the host of the Let's Play podcast

Our Podcast of the Week series continues a little later than usual this week, but for good reason!

Today, we’re celebrating women in the video game industry and, as part of that, we’re spotlighting the incredible podcast Let’s Play: Conversations with Video Game Visionaries.

Fronted by actress Kaili Vernoff - who gamers will recognise as the voice behind Susan Grimshaw in Red Dead Redemption II and Miranda Cowan in Grand Theft Auto V - the show aims to both entertain and educate, with guests from across the spectrum of roles enjoyed in the video game industry.

With their careers, thoughts on gaming and its future, issues that matter to them personally and more on the agenda, every episode is a unique dive into a world that a lot of us think we know, but from a varying perspective.

We asked Vernoff about her experience hosting the podcast, to which she responded: “What has been absolutely revelatory for me hosting the show is that women have been deeply involved in this industry since its inception. Like, why don’t we know this?

“After two seasons talking to some of the most brilliant and badass women (and some fantastic men) in literally all areas of gaming; production, design, performance, casting, streaming, cosplay, esports etc, what I am learning is that it’s the perception of the games industry that needs to change.

“Women have been here all along, and celebrating them is my favourite part of this job.”

Vernoff’s casting in Red Dead Redemption 2 was her first foray into the world of gaming, and it was something that would change her life forever.

"I was literally told to wear comfortable undergarments and then just show up at the pick-up spot where I would be driven to set,” she explains.

“I didn’t even know I would be doing performance capture; I didn’t know I’d be wearing a motion capture suit.”

"And by the way," she notes, "my cast are some of the finest actors I've ever worked with in any genre or medium. So, it was the experience of a lifetime.”

Speaking more about the space for women in the gaming industry, she says: ”My perspective on women in gaming is growing rapidly, because I do host a podcast for The*GameHERs called the Let's Play podcast and in that position, I have gotten to speak with streamers and developers.

“Like so many other burgeoning industries, the balance needs to shift; women need to be welcomed with open arms into every aspect from this, and I'm talking about starting from players; people who spend their money to get a game and play it should be able to do so without fear of retribution or harassment because of their gender.”

Sure to make you laugh and learn, the Let’s Play podcast is one you’ll want to hit subscribe on ASAP!

"My Grandad's best friend killed his wife with a tea towel, because he didn't want to go to church..." READ MORE 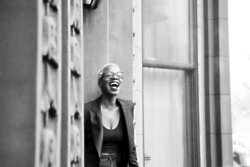 Podcast of the Week: LevelUp with Verta Maloney 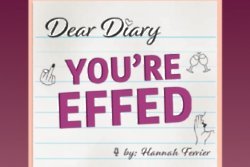 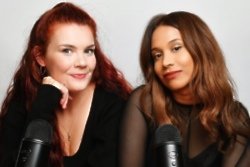