Rosa Parks inspired a revolution in the US civil rights movement.

When a person makes a momentous decision in their life, they're never able to predict just how much of a ripple effect it will have on the rest of the world. Last night's episode of Doctor Who proved as much as it explored the importance of the arrest of Rosa Parks on a bus in Montgomery. 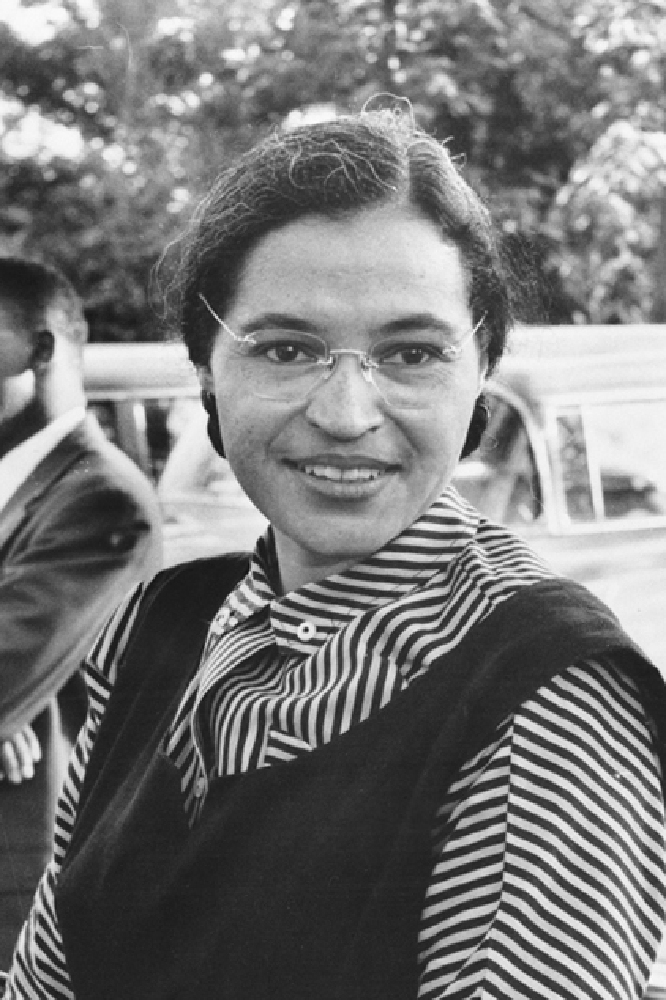 Series 11, episode 3 of Doctor Who was definitely one of the most relevent and educational stories in the show's history, following the Doctor and her companions as they fought to prevent a criminal from the future changing the course of history. They had to make sure that this iconic figure caught the right bus and was arrested in the way history dictates in order to fulfill her destiny as the woman who paved the way for black people in the civil rights movement.

On December 1, 1955, this 42-year-old seamstress refused to give up her seat in the "coloured section" of a bus in Alabama after being ordered to do so by driver James Blake to make room for white passengers, as per the segregation laws of the time. For her determination to claim her right to be treated as a human being, she was arrested for civil disobedience.

While once upon a time nobody would have batted an eyelid over such a situation, this incident hit headlines and inspired the famous Montgomery Bus Boycott; a year-long social protest against racial segregation, a seminal act within the civil rights movement and the first major move since the Civil War.

So what made Mrs. Parks finally choose not to bow to an authority that persecuted her for her skin colour?

She'd grown up at a time when black children weren't allowed to ride on a school bus, watched her grandfather guarding her front door with a shotgun as the Ku Klux Klan marched down the street, and read about a school for black children being torched by members of the white community. And in the days that preceded her arrest, she had attended a meeting addressing the murders of two black activists and a black teenager, the supposed killers of the latter having recently been acquitted.

"People always say that I didn't give up my seat because I was tired, but that isn't true", she said in her autobiography Rosa Parks: My Story. "I was not tired physically, or no more tired than I usually was at the end of a working day. I was not old, although some people have an image of me as being old then. I was forty-two. No, the only tired I was, was tired of giving in."

Of course, even when she joined her husband Raymond Parks in NAACP (National Association for the Advancement of Colored People) with the likes of Edgar Nixon and soon to be world-renowned minister Martin Luther King Jr. she was ostracised for being a woman; forced into a secretarial position which she was obviously over-qualified for, even leading an investigation in the gang-rape of Recy Taylor and organising the Committee for Equal Justice.

She proved to be a lot more than just a secretary in the years following her arrest. She was forced to relocate to Detroit, Michigan after losing her job and received innumerable death threats, but she would go on to further her activism by supporting the Selma-to-Montgomery Marches, collaborating with the League of Revolutionary Black Workers and campaigning for the freedom of political prisoners among other causes.

By 1980 she had founded the Rosa L. Parks Scholarship Foundation to help with college funds for underprivileged teens, and by 1999 she had been honoured with both the Presidential Medal of Freedom and Congressional Gold Medal, being named the "Mother of the Modern Day Civil Rights Movement".

Even when she died in 2005, Rosa Parks was treated with the highest respect given by her nation, being the first woman and first non-US Government official lie in honour in the Capitol Rotunda in Washington, DC.