Nice Guy of the Week: Keanu Reeves is the nicest man in Hollywood

Seven reasons why we love Keanu.

It feels like the world has only just realised what a nice guy Keanu Reeves is. There are suddenly memes aplenty detailing the various cool things that he has done for fans and co-stars, and we just can't get over how incredibly altruistic he can be. Here are the seven things we love most about the Hollywood icon. 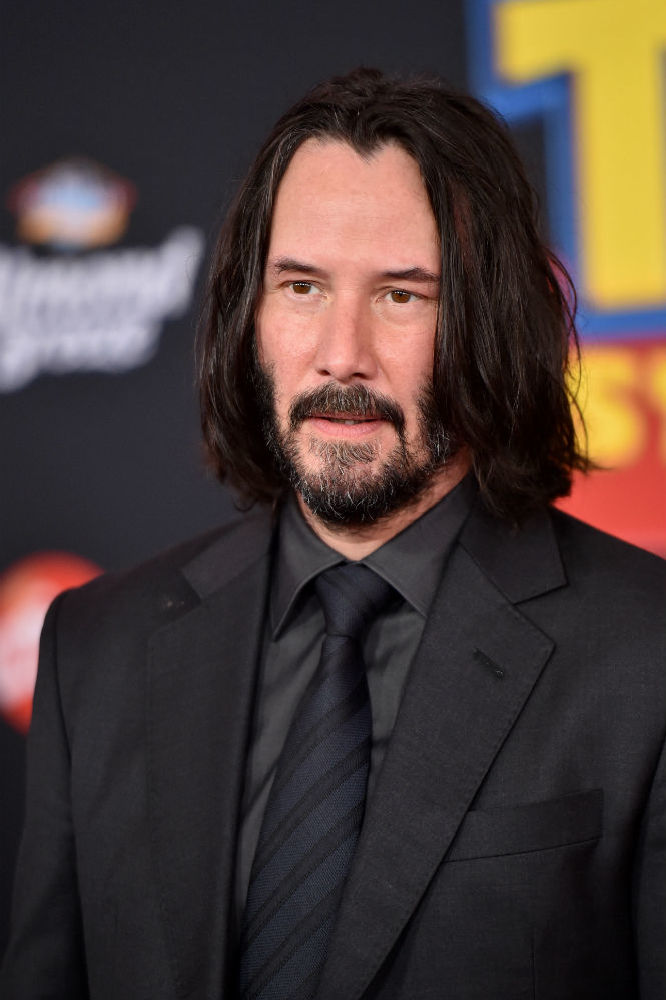 In June this year, a Tweet went viral when one person noticed Keanu's apparently awkward hand positioning in loads of photos with women. He has a habit of resting his arm on their backs but letting his hand hover in the air, rather than placing it on their waists. His refusal to touch women is touching our hearts, especially following the #MeToo movement. It's nice to know that there are some powerful men out there who have boundaries.

It’s not about not taking chances, it’s about being considerate and respectful, qualities that Keanu carries in spades. https://t.co/AGuLmsnVWb

2. He helped passengers after emergency landing

Earlier this year, Keanu was on a flight from San Francisco to Los Angeles when the plane was forced to make an emergency landing in Bakersfield, two hours away from the destination. As other passengers worried about navigating the circumstances, the actor took charge, helping to clarify the situation. When the vans arrived to take them to LA, he entertained his fellow travellers by reading out fun facts about Bakersfield and playing country music.

There's nothing worse than having car troubles and there being no-one around to help, but if one thing's for sure it's that Keanu Reeves will always stop to lend a hand. Octavia Spencer revealed that the first time she met the Hollywood star was before she became famous and she had broken down on a busy LA street.

"No one would help me because my car was so dirty", she told Meredith Vieira in 2014. "Keanu Reeves came by. He was on a motorcycle, wearing his motorcycle helmet and sunglasses and I didn't recognise it was him when he pulled over. And he was like, 'Hey, do you need some help?'" He then proceeded to push the car himself. And if that's not enough, he even once drove a lady home 50 miles away from his own destination after she broke down. What a hero!

4. His random acts of kindness

There's actually an entire Reddit thread of Keanu doing nice things for fans and strangers. From giving up his seat on the subway and eating with a homeless man to signing posters in his fans' yards when he's been filming nearby. One fan once revealed that the star gave her a ride in his Porsche after she bumped into him in a Beverly Hills cafe while lost in the area.

There's nothing wrong with celebrities being open about their charitable ventures, but there's something extra special when they are so humble and private about it. Keanu is, unsurprisingly, one such celebrity, having given millions to cancer research and children's hospitals and opening a foundation in his sister Kim's name after caring for her during her battle with leukemia. He allegedly donated 70% of his Matrix earnings to cancer research.

6. He takes pay cuts to help others

He donated a reported $75 million of his earnings from The Matrix to go towards the sequels and to the special effects crew because he felt they were more deserving. There's also one Reddit story that talks of him giving a $20,000 Christmas bonus to a set builder who was struggling financially. On The Devil's Advocate, he took a $2 million pay cut so the studio could afford to hire Al Pacino, and even accepted a 90% pay cut on The Replacements so that they could get Gene Hackman. Plus, he bought breakfast and lunch for all the lowest paid crew members every day while filming Chain Reaction.

7. He goes out of his way to sign autographs

There are so many Keanu autograph stories floating around the internet that we could really do an entire piece just on that. Once, after buying tickets at a movie theatre, he went back to the foyer to purchase an ice cream he didn't even want just so he could get a receipt to sign and give to the starstruck teenager who rung up his tickets. He also takes time to talk to fans, with many reminiscing about having had long conversations with the star after bumping into him. He even had a beer with and signed autographs for a group of teenagers who trespassed on his property in the 1990s.

Fans trespassed on Keanu's property back in the 1990s. Instead of calling the police, he had a beer with them. from r/KeanuBeingAwesome