Nice Guy of the Week: Seven reasons why Tom Hanks is the Mr Congeniality of Hollywood

Tom Hanks has got to be one of the nicest guys in the world.

Between Tom Hanks and Keanu Reeves, it's pretty difficult to decide who is truly the nicest man in Hollywood. The Toy Story 4 star is loved by everyone - and not just for his extraordinary acting capabilities. He's also an all-round entertaining, charitable and humble human being. Here are seven reasons why we love him so much: 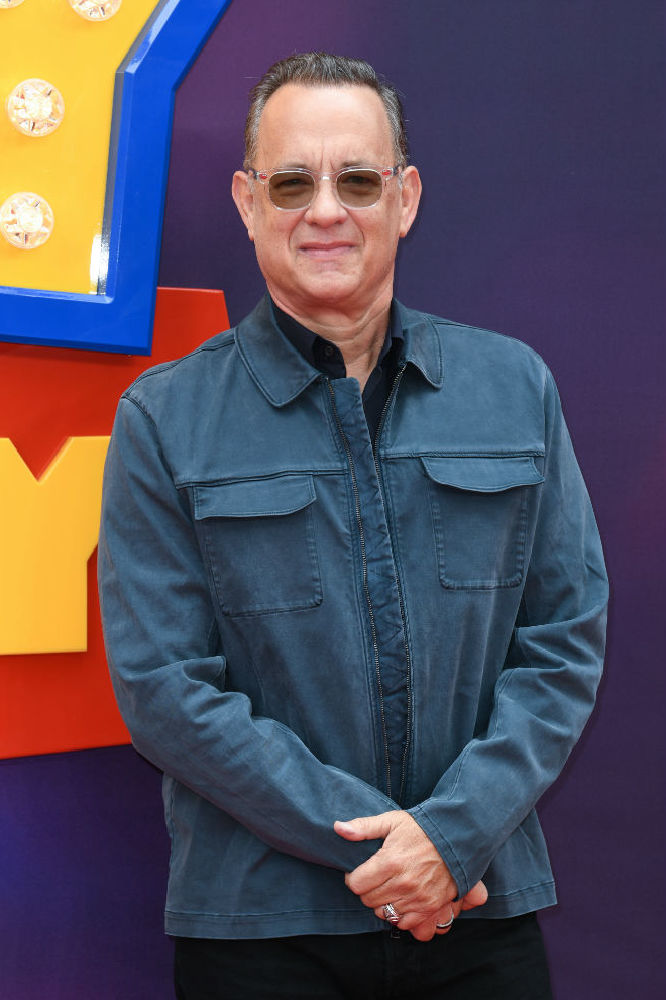 1. He has wholesome hobbies

Hanks is an avid collector of typewriters and uses them as often as he conveniently can. He even launched his own typewriter app called the Hanx Writer to give users the same typing experience that he loves so much and in 2017 he published a collection of short stories inspired by his collection called Uncommon Type.

He also takes photos of lost gloves in New York City and shares them on Twitter. It's unclear where this particular interest came from - it's unlikely many of these gloves actually get reunited with their owners - but it's just so wonderfully quirky.

A lot of actors can get seriously annoyed when they constantly have to listen to fans shouting some of their most popular movie quotes at them, but Tom Hanks is not one of those. He seems to really enjoy it when people shout "WIIILLLSONNN!" at him in reference to his movie Cast Away. In fact, when a taxi driver did just that after picking him up, Hanks howled with laughter and bestowed upon him the nickname Mr. Ferrari. He then later invited him to one of his Broadway shows and hung out with him backstage.

Not only that, but when a fan threw him a volleyball with Wilson's face drawn on it as he was minding his own business at a New York Rangers ice hockey game, he caught it and laughed, exclaiming: "It's Wilson!"

3. He's gracious towards his fans

There are a lot of devoted fans out there who make hobbies out of their love of a celebrity. Tom Hanks met a big admirer named Sarah Moretti backstage at his Broadway show Lucky Guy who showed him a scrapbook she had carefully put together of photos and magazine clippings of the star. He sounded genuinely touched as he flicked through the entire book. "Aww, sweetie! How wonderful is it to meet you?!" He said. "Sarah, this is so great! Y'know, my mom doesn't have something [like this]!"

He also agreed to taking some snaps with a fan at a bar once, with the fan pretending to be passed out drunk! He pulled some hilarious faces and even let one of them wear his glasses. Plus, he helped a fan out with a bet who said that she could get a headshot from the star faster than her friend. He mailed her a Polaroid of himself holding up his phone with a picture of her face on it, alongside a letter written on a typewriter with some adorable small talk and an apology for his unshaven visage. Finally, he sent a signed typewriter to a fan as a thank-you for giving him a book of sketches of him in movies.

My friend met Tom Hanks, stole his glasses and pretended to be wasted (xpost from r/funny)

He's even nice to people who aren't fans! His last directorial venture was the commercial flop Larry Crowne, and one couple didn't refrain from admitting that they didn't enjoy it when they met him at a gas station in California. His response? "Gee, I'm sorry you were disappointed, how about letting me refund your ticket money?" The couple then accepted the $25 refund, which we think is pretty damn cheeky but it's certainly a true display of Hanks' humility.

5. He does kind things for strangers

When he found a student's university ID card in Central Park, he photographed it for Twitter and managed to return it to the owner. Plus, he once helped out a group of Girl Scouts in California by buying two crates of cookies and tipping them $20 when he saw them trying to raise money. He even to the time to help them sell more to the public!

Lauren! I found your Student ID in the park. If you still need it my office will get to you. Hanx. pic.twitter.com/Ee9kK4V4qf

6. He's an activist for LGBT rights

It won't surprise anyone that Tom Hanks is an LGBT ally, but did you know that he helped to raise more than $44 million in a campaign against California's Proposition 8 (a constitutional amendment to define marriage as being between a man and a woman)? He was extremely outspoken about his views, but caused some controversy by branding the Proposition un-American. He even apologised for his comments - though we believe that anyone who speaks that passionately to defend the LGBT community has no need to say sorry to anyone.

He's made surprise appearances at at least two weddings! He was jogging in Central Park in 2016 when he noticed some newly-weds posing for photos, and promptly gatecrashed them and congratulated them on their marriage. He also bumped into a wedding party who were taking photos at a Las Vegas venue and exclaimed: "Hey! Is this a wedding? Can I be in the pictures?" to everyone's shock and delight.