This week, the government will be rolling out funding for free period products to girls in primary, secondary, and sixth-form level education in England and Wales, following the Scottish example. This follows the prolonged efforts of many campaigners demanding that more be done to stem the vast period poverty in the UK.

Most notable for her efforts is Amika George who, at the age of 17, saw the consequences of the issue and started up the Free Periods campaign in 2017. She was largely ignored until she built a legal case highlighting the duty of the Equality Act was heard, and the government could no longer ignore her supporters and the shocking statistics.

Historically there has been a huge taboo around menstruation. This often leads to women feeling ashamed, and thereby they struggle on, embarrassed to ask for help understanding their own bodies and how to care for them.

The allotted time spent menstruating for someone with a regular cycle can amount to eight years of their life. The average cost across their lifetime is estimated to be £4,800 (Independent, 2020). That’s money that many women simply do not have, either for themselves, or to provide for their children. Women cannot choose whether they wish to menstruate, and yet the government labels the products vital to keeping the experience hygienic as ‘luxuries’ and taxes them by 5%.

This leads to many problems. In terms of the affects this has on girl’s education: Plan International UK found that 49% of girls have missed at least one entire school day. This means that lessons are being missed and, if girls are consistently missing lessons, their grades may suffer as a consequence, affecting the rest of their lives and career; 1/5 women have changed to a less suitable product to reduce the cost of them, and 1/7 have borrowed them from a friend because 1/10 of 14-24 year olds simply cannot afford them at all.

This also has an adverse effect on their health. Always, the period product brand, completed surveys on tens of thousands of school girls and found that they would often avoid sporty after-school clubs by way of avoiding ‘embarrassing’ leaks because they were unprotected. Lack of physical activity starves them of endorphins, which not only causes fatigue but can also have an troubling effect on their mentality, if it is sustained. Furthermore, using alternatives such as old rags or tissues can lead to bacterial infections, and other illnesses that can be life-threatening.

Previous government action came through the Minister for Women and Equalities Penny Mordaunt, in May 2019. Ahead of Menstrual Hygiene Day on the 28th, Mordaunt announced that a new taskforce had been formed to end adversity for women and girls. They co-chair with Plan International UK and Procter & Gamble. The goal is to destigmatise and give funding. They will analyse how different demographics are affected in terms of access to products, and social attitudes towards menstruation. She aims to break down taboos and end period poverty globally by 2030.

1. Be conscious of the brand of products you buy, for example:

2. If you can spare the money, donate products to your local foodbanks.

3. Alternatively, you can get in touch with The Homeless Period, who can support you with setting up crowdfunding for getting local shelters allowances for sanitary products, just as they do with condoms.

4. Use your voice, share your experience, by joining the conversation on social media using the hashtags: ‘#freeperiods’ and ‘#periodpoverty’. 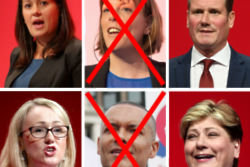 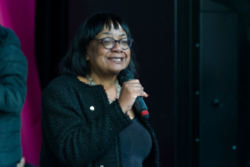