When my alarm went off at 5.30am today (January 18th, 2020), I died a little inside before remembering it had been set to ensure I was up in time to go and get my press credentials for the historic first ever RuPaul’s DragCon UK. As a fan of drag first and foremost, it was certainly a treat to be able to use work as an excuse to get up close and personal with some of my favourite queens, and pick up some official merchandise along the way!

Press check-in at the Olympia London in Hammersmith was a doozy. It took a couple of minutes to register and then we were quickly whisked into the convention centre to get into place for the ribbon cutting ceremony. So far, so good! It was strange to see the Olympia so empty, with just a few dozen press and the attending queens in such a big space. As the queens lined up and RuPaul made his way into the venue, some of the VIP paying guests were being brought into the venue, but held back until the official opening had been completed. 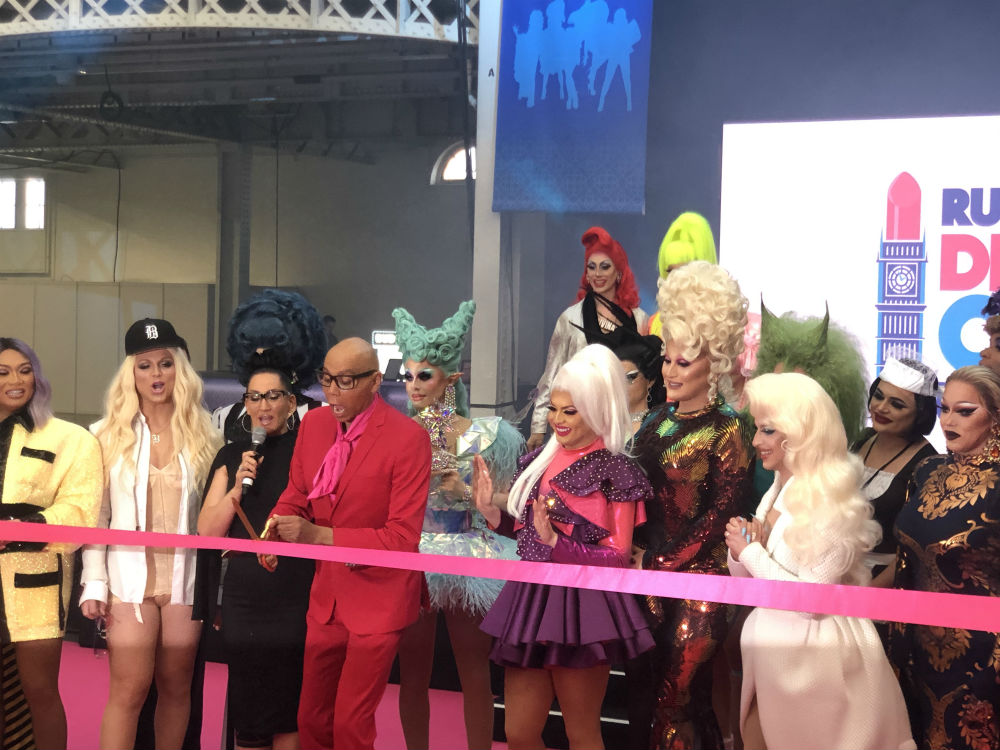 Following this, they were eventually allowed in and get in place for an exclusive VIP performance from RuPaul’s Drag Race UK winner, The Vivienne. Everyone had smiles on their faces, and it looked as if the day was going to be a dream for everybody involved. I’ve gotta say before going any further, I’m very thankful for the team who were in charge of looking after the press at today’s event. They looked after us and kept us hydrated throughout the day – a great press team who should be proud of their commitment to this event.

As the venue began to fill up with VIPs, it became clear very quickly that the Queens Walk at 10.30am was going to be a crammed affair. Fans lined up either side of the pink catwalk which extended across the entire venue, and went around five to six rows back. A heck of a lot of people in a small space, and it was just the tip of the iceberg. Little did we know the chaos that was about to rain down on the general admission customers waiting outside.

Hopeful visitors have sent out messages of distress at the way the admission into the venue was being handled all day, after waiting for hours in the cold to try and get into the Olympia which they were then told was at full capacity, despite hundreds still outside with valid tickets to the event. Some are saying that DragCon UK was able to hold 8,000 people, and that between 10-11,000 tickets were sold. It’s important to note that the organisers of the event dispute tickets were oversold, and if you look on the official Olympia website, it does say that Olympia Grand can hold up to 10,000 people. Still, that doesn’t quite explain away a video of one member of staff going outside to tell those waiting that the venue was “almost” operating on a ‘one out, one in situation”, and that they may be best served to go home and return to the convention on Sunday. Watch it below:

as somebody who usually attends an event called ‘dragworld’ (a safe and enjoyable event) i can sit and say that this is a shit show. the fact that they thought olympia could hold this many people... heads were empty: mind full of money #DragConUK pic.twitter.com/IzgzGduBeu

On the inside, it did often feel like organisers hadn’t prepared for the amount of people who would be shuffling between booths, and going both up and down the slim constructed stairway that allowed visitors to go from the balcony area to the main floor, and vice versa. At one point, the stairway was closed to those going downstairs, with anyone venturing back down to the floor told to take one of the side stairways.

This is far too overpacked. How are you meant to move in that?! #DragConUK pic.twitter.com/d7dyA9zYVc

So, with such a large group of LGBTQ+ people in one space, you’d think that security would be tight, right? Well, those investigating the bags of those coming into the venue have been accused of not really paying attention to what was making its way through the doors. Look at the tweet below:

Funny thing actually because I brought a bag that was over the size limit stated on the drag con website and it was full to the brim with clothing and food and drink all of that stuff so when we were told to open our bags for security they didn’t even look in mine...@jakeyoncetv

This is not acceptable for an event like this. Not everybody has good intentions in this world; it’s an unfortunate truth that we must deal with every day. So, to come to the realisation that the safety of thousands of people was potentially not being put front-and-centre is disheartening, to say the very least. Again, it’s important to note that customer service for DragCon UK have apparently denied they didn’t comply with standards. See their apparent response to one complaint below:

#DragConUK isn't issuing refunds for those who don't want to waste time tomorrow. Despite the fact it's clearly poorly organised and they've massively oversold tickets. People were outside freezing for hours and inside it was packed like sardines. 😫 pic.twitter.com/1UOgBar4uw

Whilst I had an absolutely brilliant day at DragCon UK 2020, I know that this is because I had the privilege of wearing a press badge around my neck. If organisers are hoping to make a success of this convention, tomorrow’s proceedings must go off without a hitch, and those who weren’t able to make it into the venue having paid hundreds of pounds not just for their tickets, but for their accommodation, travel, outfits and more, have to be compensated. 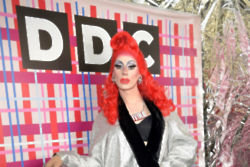 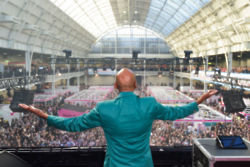 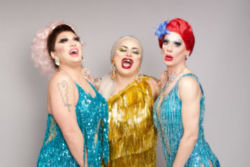