Three ways you can use art to achieve mindfulness 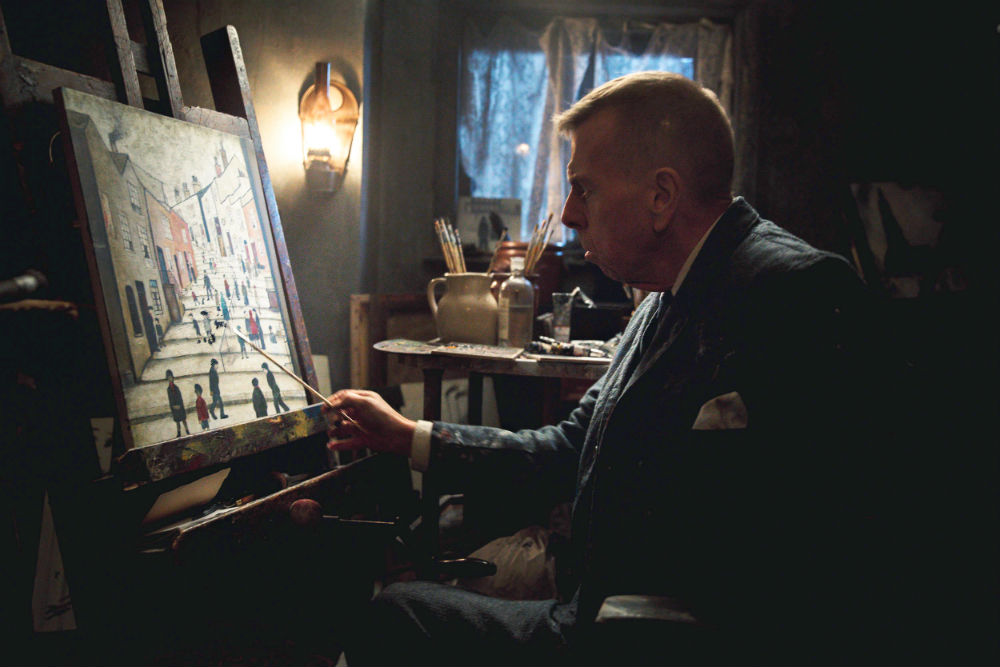 In Adrian Noble’s Mrs Lowry and Son – which is available on digital now, as well as DVD and Blu-ray – Lowry’s paintings are depicted with unerring accuracy.

The uncanny combination of Catrin Meredydd’s set design, Jono Moles’ art direction, and Maggie Musial’s set decorations brings each well-loved portrait to life and embroils the audience in a heady canvas of cobblestones, rain-dappled overcoats and that iconic ivory black-to-oak-yellow palette that Lowry embraced. But the film’s extraordinary showcase of fine art is more than just spectacle, and not just a way of highlighting the charismatic talent and worldly eye of its protagonist; it is a window into the artists mind.

The mind of Lowry – from its troubles to its miraculous self-healing.

Like the best artist biopics, Mrs Lowry and Son ventures beyond the painting to the inner landscape of the artists: many of whom struggled with mental illness, and many more still used the tools at their disposal (or the brushes) to self-curate mindfulness and hold on to peace and happiness.

In the spirit of Lowry’s mindful relationship with his paintings, and the upcoming release of Vertigo’s celebration of his work and mind – let’s look at some of the ways in which art would have helped Lowry, and you, achieve mindfulness.

One of the foremost rules of mindfulness is to acknowledge your feelings – not run from them. Like a raincloud on a dismal day, simply standing in and weathering the sensation will allow it to pass you by.

This is what Lowry achieved; his paintings didn’t just acknowledge the feelings of anxiety or depression about his environment he experienced, but cathartically rung them out to dry in the language of paint. ‘Crowds can be a lonely place’, Timothy Spall demurely admits in one scene of Lowry and Son, tapping into Lowry’s honest depictions of the dark and greyscale shades of mood when one is lost among the many.

But instead of repressing these feelings, Lowry instead embraced them, consistently featuring the crowds that he dreaded in perfect, unescapable still-life – he would face them.

If it is a mindful practice to explore the source of one’s feelings, then Lowry was an expert.

For hours at a time he would paint the busy streets, squares and grounds of his city, entrapping each – always a swarm of stickmen - perfectly in frame. The source of his anxiety became the source of his creativity – and there, for that reason, he became a little less lonely, and a little more connected. 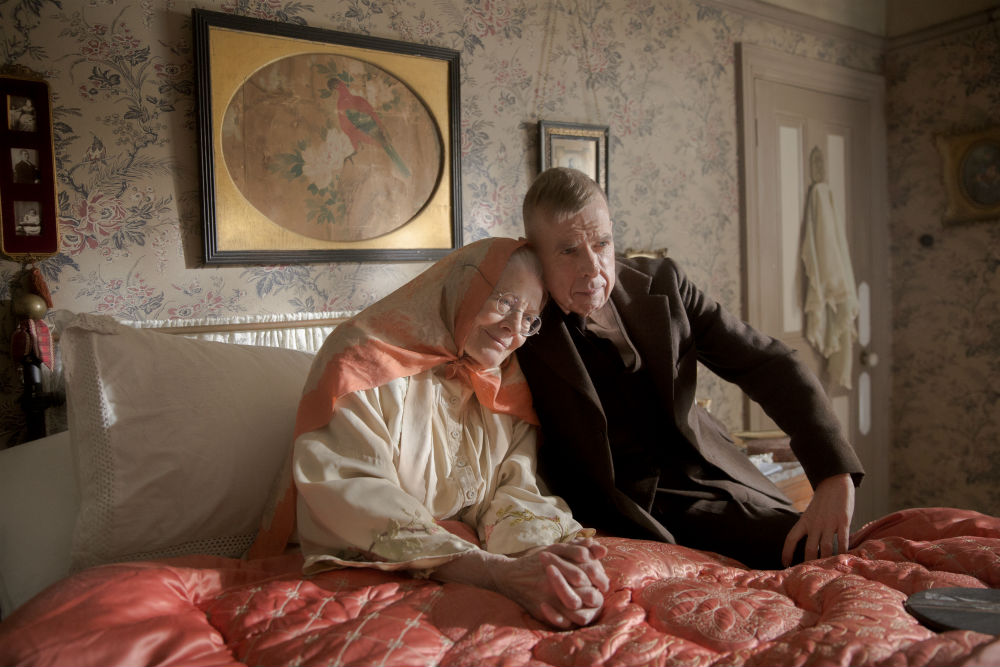 ‘An artist cannot say something unless he has something to say’. - LS Lowry.

Since stating this, Lowry has been lauded for the way his sprawling, sparsely textured and overpopulated landscapes not only touch base with universal feelings of discontent or strange solitude, but facilitate a conversation about the feeling of abandonment his poorer, post-war community felt.

In short: he was mindful that he had something to say, his paintings said it, and the world has since heard it echo across the decades.

This clarity of self-expression, and ability to understand one another, is a significant part of mindful connections that would make us feel a little less lost.

Mindfulness promotes acceptance of each other, and what we are thinking, but before that comes awareness. Art is a great call to attention – a symbol of your thought, and arbiter of your message, or just a bright fingerprint on an emotion you may have, there, physically realised, and visible.

In Noble’s film Lowry’s art may distance him from his mother at times, but moments of luminous, tender grace emerge when they share a moment of joy over a canvas of his that she adores. Lowry mindfully committed his grim but empathetic emotions, with his moody stills of the shores and horizons of the north, and the careful expressiveness of that work let him communicate with his mother where words could not.

Lowry’s attitude to art has a vital importance even in contemporary mental health; where it matters less what people make about the technical prowess of your drawing, or painting -- and matters more about the emotional honesty each allows you to articulate. If someone can learn a little more about your emotional life through your art, then every brushstroke counts.

In respect to Lowry (who didn’t always find the most accepting audience – even at home) take the time to look at the art of someone you admire and see: what their eye captured is just as much a vision of themselves.

In a vastly connected but uncommunicative world (just check Twitter) art could be the answer to the empathy divide, connecting minds every time.

Although it is certainly an important aspect of mindfulness to accept our own feelings, there is nothing quite like the pleasant, peaceful distraction of drawing or painting to give someone a break from a pain and improve mental health.

Not only is unpressured productivity proven to release happy endorphins, but a tangential creative world rendered in ink or paint – and the wholesome manufacturing of that world – can give a little mental breathing space to a stifled individual.

L.S Lowry is a perfect example of this: repressed economically, forced by war and family into emotional reservation, and boxed in by his circumstance (measured on screen by the claustrophobic ‘two up two down’ centrepiece set of Mrs Lowry and her son’s home) the film’s incarnation of the painter is a man who finally has room to breathe within the expansive imaginative world of his art.

In painting, Lowry made his own corner of the world, and a bit of peace with it. These still-lives were his escape, mental reprieve, and an example to us all how a creative pursuit can also be a mindful one that improves our quality of life.

Thankfully, they have also survived beyond him. Even better – since Lowry used them as such pitch-perfect time capsules for his feelings and thoughts in every mindful practice – audiences can discover them, and by extension him, anew in their on-screen recreation in Mrs Lowry and Son.

Why should we encourage mindfulness in young children? 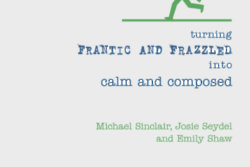 How To Practice Mindfulness When You Have No Time 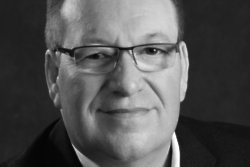 10 Things Mindfulness Can Do To Change Your Life