A timeline of peculiar events surrounding Jussie Smollett, as he faces new charges With the news today (March 26, 2019) breaking that all charges against Jussie Smollett have been dropped, we're going right back to the beginning of this super-strange debacle to reflect on what has happened so far...

Towards the beginning of this year, Smollett received a threatening letter that showed a stick figure hanging from a tree, and a gun pointing towards it. A message had been written on the letter, reading "Smollett, Jussie you will die", along with the acronym "MAGA" for the popular President Trump campaign slogan, "Make America Great Again". There was also a white powder contained within the letter, which was determined to be Tylenol.

Just over a week after receiving the threatening letter, Smollett said he was attacked in the early hours of the morning in the 300 block of East Lower North Water Street in the Streeterville area of Chicago. Police began investigating the claims as a hate crime.

Smollett said that he was attacked outside his apartment building by two men who were wearing ski masks, calling him racial and homophobic slurs before saying, "This is MAGA country". He added that they used their hands, feet, and teeth as weapons in the assault, as well as pouring an unknown liquid onto him, and putting a noose around his neck.

Chicago police raided the home of two brothers on this day, who had actually worked as extras on Empire (in which Smollett had a leading role) in the past. They recovered bleach and other items of interest from the home, before taking the pair into custody on suspicion of attacking the actor.

February 15, 2019 - Suspects are released without charge

Two days later, Chicago Police Department spokesman Anthony Guglielmi revealed that the pair had been released because of the unearthing of "new evidence" following interrogations.

The Chicago Police Department later threw doubt on the entire attack, stating: "Police are investigating whether the two individuals committed the attack - or whether the attack happened at all."

CNN got an exclusive from two unnamed Chicago police sources on this day, saying that evidence had been discovered suggesting that Smollett had orchestrated the entire attack himself, and had paid the two brothers the sum of $3,500 to stage the event.

Financial records were also unearthed which showed that the brothers had bought the rope found around Smollett's neck on the weekend of January 25 at a Ravenswood hardware store.

CCTV footage caught the siblings buying gloves, ski masks and a red hat in a clothing store, which police say were also used as part of the attack. They asked specifically for a "MAGA" hat, but the store didn't have those in stock.

A few days later, the Chicago Police Department made their move against Smollett and arrested the actor on suspicion of filing a false police report.The felong charge in Illinois carries a maximum sentence of three years in prison.

A day after the charge, Smollett handed himself in at the Chicago Police Department's Central Booking station. The Department's spokesman Anthony Guglielmi said that the actor was "under arrest and in the custody of detectives", also naming him as an official suspect for the charge given.

Smollett also told police at the time of his arrest that he had an untreated drug problem, and had been using ecstasy.

A press conference was held later that day, in which Chicago Police Superintendent Eddie T. Johnson said that the authorities believed Smollett had set up the attack as a publicity stunt to boost his career, after feeling unsatisfied with his Empire salary. He added that the brothers had claimed Smollett wanted to stage the attack because the threatening letter he received did not receive enough media attention. They concluded that Smollett wanted to hook the attack onto the topic of racism in the United States as well as sitting President Donald Trump, and that he had sent himself the initial letter.

Smollett was released on bail after a friend paid his $10,000 bond, but had to surrender his passport. The first real effects of everything that had gone on up to this point were felt, when those who work on Empire revealed they would be removing any scenes Smollett was supposed to be a part of during this year's final season episodes.

The actor faced a 16-count indictment from a Cook County grand jury, accused of "false report of offence".

A week after the indictments, Smollett and his legal team entered a plea of "not guilty" at the Leighton Criminal Court Building in Chicago.

All charges filed against Smollett are dropped, with the actor's criminal record expunged. His $10,000 bail was however kept by the court.

FBI & DOJ to review the outrageous Jussie Smollett case in Chicago. It is an embarrassment to our Nation!

Describing the dropping of charges against Smollett as "an embarrassment to our Nation!", President Trump tweeted that the FBI and Department of Justice would be reviewing the decision made by Illinois prosecutors. The DOJ declined to comment, but Smollett's attorney Tina Glandian said about a potential federal probe, that the pair "have nothing to be concerned about".

Six new charges have been levelled against Smollett in Chicago, with the former Empire actor accused of lying to the authorities about the racist, homophobic attack he's alleged to have staged on himself.

Smollett's attorney Tina Glandian has questioned the integrity of the investigation, and it's not clear exactly what type of sentence could be handed down if the actor is convicted.

The police are seeking compensation of $130,000 (£100,000) to pay officers who worked overtime to investigate his allegations.

RELATED: Jussie Smollett will not return for Empire finale 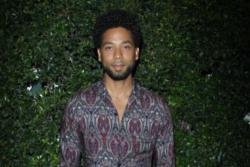 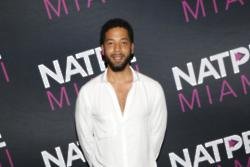 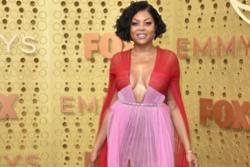 Empire to end prematurely due to coronavirus pandemic