What is cuffing season, and are you being cuffed?

We're already in October: Cuffing Season is in full swing.

The past month of September signals only one thing to singletons: Cuffing season has arrived. The parade of seasonal celebrations is about to fill your diary for the next three months. And, of course, with seasonal holidays comes the endless stream of relationship questions from family members and friends.

Will you do a couple's costume at Halloween? Which lingerie set will you wear at Christmas? Who will you kiss on New Year's Eve?

The festive season is undoubtedly geared towards couples. Cosy nights, hot chocolate, and romantic Christmas movies are enough to get anyone into the relationship mood. Long winter nights can also be incredibly boring and lonely without a partner to snuggle up with.

Despite thriving in the summer months, singletons tend to get more upset in the festive season about their relationship status. And so, cuffing season is born.

According to Collins Dictionary, 'The period of autumn and winter, when single people are considered likely to seek settled relationships rather than engage in casual affairs.'

Cuffing season stretches from September to mid-March the following year. In the early autumn, it's time to assess the talent on dating apps and start a few conversations with potential matches. When October hits, it's time for the try-outs and call-backs.

In other words, go on a few dates, find a match you like and send the others home.

By the time you reach Christmas and New Year, you should have 'cuffed' a partner just in time for the January blues. You can spend the rest of the winter cuddled up together until it's time to 'cancel or commit' in March. It might be time to let your cuffing partner go so you can both enjoy a single summer. And then, the entire process starts again for the next year until you find your long-term partner.

I know right? Dating is exhausting.

There seems to be an assumption going around social media that women are the drivers of cuffing season. It all comes back to the stereotype of women wanting relationships and men wanting everything but.

However, a study recently revealed that 65% of women and 45% of men wanted their hook-up to become a relationship. It seems men are just as capable of cuffing someone as women.

Of course, some singletons do not want to be cuffed and can accidentally get trapped in a cuffing web. These non-cuffers may be fresh out of a relationship or just happy and fulfilled with their single life.

Whether you want to be cuffed or not, there are a few key signs to look out for in cuffing season.

You might feel like there's a sense of urgency to meet up. Non-cuffers will usually take their time texting and getting to know someone over a few weeks. Cuffers will often skip to the IRL date to get the ball rolling.

A friend you made over the summer months might suddenly confess their love for you in the early autumn. Often, this is a panic confession spurred on by the pressure of cuffing season. Avoid ruining your friendship and move on to another match instead.

A cuffer might start inviting you to hang out with their friends and family after only a couple of dates. Meeting their loved ones is a big step, and it's usually reserved for a few months into the relationship. Family gatherings can be awkward and personal – you wouldn't invite a stranger to them unless you wanted to seem 'taken.'

Cuffing season relationships can be on the edge of … boring? They might suggest staying in to watch movies and cuddle over going out for dinner. While cuddling is lovely, those early dates are a chance to get to know one another and build the foundation of your relationship. The cuffer may replace the fun dates of an early relationship with endless snuggling. They have stopped trying to impress you with dates because you are already in a cuffing-ship together.

Once the festive celebrations have ended, your cuffing-ship might start to tailor off. You might discuss potential festivals, summer holidays and career plans for the year ahead. The prospect of a single summer begins to look fun again – and the cuffer will stop making plans with you beyond March. For example, you might talk about attending a festival together, but the cuffer will buy tickets with their friends instead.

Cuffing season is a labyrinth of cuddles, ghosting and situationships. However, cuffing-ships can also be a great way to enjoy the winter and test out the relationship waters. 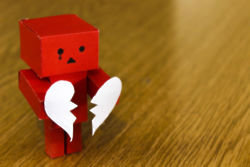 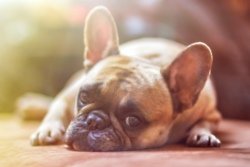 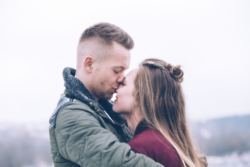 I gave my boyfriend an ultimatum: Have you got any advice?