A few of Wicca's most important texts.

Since Wicca rose to popular attention in the 50s thanks to Gerald Gardner, numerous books on the practice of Wicca have been published. It seems like a new book on the subject is published everyday, but it's still the early foundational literature that has the most impact on practitioners today. Here are seven books that inspired my Wiccan journey.

Wicca: A Guide for the Solitary Practitioner by Scott Cunningham (1988)

During a time when Wicca was becoming increasingly more well-known, literature surrounding the culture was largely coven-based - which meant those who didn't have access to a traditional coven were left isolated from the community. Then Scott Cunningham came along and offered up a new approach, sharing his learnings as a solitary practitioner following his departure from his initiate training under Raven Grimassi. He encouraged anybody who wanted to practise Wicca to do so, whether they joined a coven or not. In his book, he gets down to the basics of Wicca, as such it makes for a great starting point for beginner practitioners.

One of Cunningham's good friends was an English High Priest named Raymond Buckland. He was initiated into Gardnerian Wicca but later went on to form his own tradition called Seax-Wica, incorporating Anglo-Saxon paganism. His Llewellyn guide to witchcraft was the ultimate workbook for practising Wiccans at the time, whether they be group or solitary practitioners. It included various rituals and exercises, as well as information on the different traditions, tools, beliefs, herbs and divinatory practices among other things. Buckland is largely credited with bringing the Old Religion to the US.

The grandfather of Wicca himself and the founder of the the Gardnerian tradition, Gerald Gardner wrote a number of books - both fiction and non-fiction - on the subject of witchcraft. His first non-fiction release was Witchcraft Today, published after the repeal of the Witchcraft Laws. Of course, Wicca has progressed since his day, and a lot of what is written in Witchcraft Today ought to be taken with a pinch of salt; his claims that the fae existed as a secretive pygmy race and that the Knights Templar were witchcraft initiates were unfounded, but at least it brought the Old Religion to popular attention and kick-started a new culture of witchcraft practitioners.

Witchcraft for Tomorrow by Doreen Valiente (1978)

Gardner would go on to initiate Doreen Valiente as a High Priestess, and she did a brilliant job of writing and adapting texts for the tradition and is widely considered the Mother of Modern Witchcraft. With books like Witchcraft for Tomorrow, Valiente encouraged all readers to self-initiate into the practise of Wicca and even gave advice on starting their own coven. She brought Wicca to everybody and kick-started a new era of witchcraft.

As a female witch, the feminist stance introduced by Starhawk's book The Spiral Dance was something of an iconic moment. While previous books had focused on the duality of the God and Goddess, this book focused more on Goddess worship and incorporated various elements of spiritual feminism. It's no surprise that Starhawk has worked alongside Zsuzsanna Budapest, the founder of the female-only tradition of Dianic Wicca. There are various issues with the book, such as the wild claims of the number of women killed during the Witch Hunts, but it's still an important part of historical Wiccan literature.

A Witches' Bible by Janet Farrar and Stewart Farrar (1996)

This book is the assemblage of two books by this couple: Eight Sabbats for Witches (1981) and The Witches' Way (1984). The pair were initiates in the Alexandrian tradition of Wicca, and A Witches' Bible is one of the most comprehensive texts on traditional Wiccan rituals as well as the core principles and beliefs. Again, though, it portrays a rather old-fashioned dynamic in relation to gender and sexuality so it perhaps doesn't sit well in modern Wicca. It is, however, an invaluable resource for Wicca students.

Lid Off The Cauldron by Patricia Crowther (1981)

One of Gerald Gardner's initiates, Patricia Crowther gives a unique insight into Gardnerian Wicca in this handbook which details everything from spells and prayers to tools and divination, as well as her own experience and personal first-hand learnings. If you are a solitary practitioner, however, you may find yourself feeling a little alienated as there is a strong emphasis on coven worship. Still, few volumes are quite as influential as Lid Off The Cauldron. 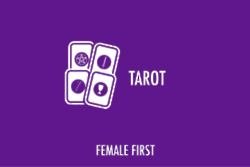