GAME Review for this Week

10. So starting off the game chart at number 10 is Wrestling favourite WWE ALL STARS MDP(PS3, XBOX360)

WWE is back and flashier then ever. Over recent years it has had to compete with more popular Fighter titles such as Fight Night and MMA so the creators have had to make it stand out among the rest and has made it almost cartoon like.

It seems like there is an element of Street Fighter IV with the exaggerated bodies, defined faces and huge six pacs, The game has definitely toned down it's seriousness.

9. COD 7 BLACK OPS.(PC,PS3,XBOX360) is still in the charts and is still entertaining the lives of millions of gamers. The game has been praised for it's fantastic online mode, with new extra online modes in the form of killer zombies.

8. LITTLEBIGPLANET 2, (PS3) the sequel to award winning LittleBigPlanet, still features Sack boy and the voice of Stephen Fry, as they let you play among millions of player made levels for your amusement - brilliant to play with friends

7. POKEMON WHITE.(NDS) The Pokemon games continue with the all new Black and White version complete with new 3d landscapes and even more battling fun. Lots of similarities to other Pokemon games but still as addictive as ever.

6. HOMEFRONT, (PS3,XBOX360) You play as first person shooter fighting for the freedom of America in 2027, a little cliche but it wont disappoint.

5. FIFA 11 (NDS,PC,PS3,PSP,Wii,XBOX360) Still addictive to millions of footy fans, The game has a few new tweaks since Fifa 10 which should be improved when Fifa 12 is released in September.

4. CRYSIS 2 (3D) (PC,PS3,XBOX360) From the creators of FarCry, Crysis is meant to be a visually beautiful first person shooter set in the not so distant year 2019. The graphics are stunning, however it is meant to be even better on the PC.

2. ZUMBA FITNESS, (Wii,XBOX360) It was inevitable that a Zumba game was eventually going to be released. Zumba is the new dance craze that has infatuated a nation. A little boring with no real graphics or a scorecard, it's just you doing Zumba in the front room. The moves are realistic and I have to admit it is fun but to me it's always just going to be another fad.

1. And Finally TIGER WOODS PGA TOUR 12:THE MASTERS (PS3,Wii,XBOX360) The challenging golf game that is much more technical and realistic than playing the Wii sports version. following through with the club is much more fluent and you find that tha game has got even better

The Beautiful landscapes and scenery, and definite touch up of the characters will put Tiger Woods 11 to shame. 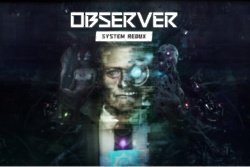 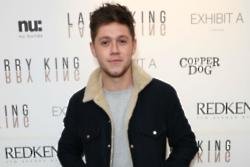