Whether you love your jolly family-friendly platformers, or want a Dark Souls-esque challenge, there's something for everybody with the launch of PlayStation 5.

Though Europe has had to wait a little longer than the United States when it comes to getting their hands on the next-gen PlayStation 5 consoles from Sony, this week the PS5 will finally drop as it makes its way to those lucky enough to pre-order on Thursday, November 19th.

Here are all of the PlayStation 5 exclusive launch titles you’ll be able to play as soon as your console arrives:

Burnt a big hole in your pocket picking up the PS5? Don’t worry! You’ll get a copy of Astro’s Playroom pre-installed with your console, so that you’ve got something to play right away if you haven’t yet got the funds to pick up one of the exclusive launch titles.

Following their debut in PlayStation’s virtual reality world, Astro Bot has now turned into a full-time 3D platformer hero, allowing you to put your new DualSense PS5 controller to the test, experiencing all of its new features, with Sony promising "immersive haptic feedback, dynamic adaptive triggers and a built-in microphone”.

If there’s an award for the trippiest game of 2020, then Bugsnax may just walk away with the trophy. After watching their two-minute announcement trailer, I can honestly say I’ve never been more confused about a game; and that’s what makes playing it all the more exciting!

From independent game studio Young Horses, the game allows players to explore the titular island, in attempts to find and capture the half-bug-half-snack creatures showcased in the trailer. Once captured, they can be fed to the locals, whose bodies transform based on what they eat.

Those who are members of PS Plus will get the game as part of their subscription. It’s also available on PlayStation 4.

Those looking to test their skills as a hardcore gamer will be able to do so if they pick up a copy of the Demon's Souls remake, challenging players with some of the most intense and punishing battles they'll ever face.

Built entirely from the ground up and enhanced for this new generation, the dark fantasy land is a welcome place to return to for those who enjoyed the classic back in 2009, and an exciting new location to explore for those who haven't yet experienced the game.

If you’re a fan of the Dark Souls games and Bloodborne, then this is one for you!

Hack, slash, whack and base your way through hordes of enemies in Godfall, testing your might against godlike enemies in a bid to become an unstoppable force.

Stylish in its nature and colourful beyond anything you’d expect from a game of this type, if you’re into your looter combat games, then look no further.

Keep on grinding in this title from the new Counterplay Games studio, and engage in three-player co-op against an array of tricky bosses.

Back in 2018, we enjoyed one of the finest superhero video games the world had ever seen, when Marvel’s Spider-Man dropped exclusively on PlayStation 4. Now comes the sequel, focusing on the journey of up-and-coming hero Miles Morales, and it looks like it could recapture the magic of the original all over again; and then some!

Taking place one year after the events of the first game, players will this time go up against a bunch of eccentric new villains, enjoying beautifully-rendered designs across Harlem and New York.

Those who purchase the Ultimate Edition of the game will also be given access to a fully-remastered version of the original Marvel’s Spider-Man.

A stunning fantasy world is brought to life in The Pathless, where players will be tasked with solving intricate puzzles and traversing a unique landscape, in a bid to let light defeat evil in the form of 'the Godslayer’.

There’s no hand-holding here; without a map you’re thrown in at the deep-end and tasked with exploring the open world on your own, with just your eagle ally to help you.

As one of PlayStation's staple heroes, it's a pleasure to see Sackboy making his return for the next generation of gamers in Sackboy: A Big Adventure! LittleBigPlanet fans unite…

Whether you fancy going through the campaign on your own, or want to team up with up to three friends for four-player co-op, this chaotic platformer promises to fully-envelop you in its vibrant locations.

All of these games launch alongside the PlayStation 5 in the UK and Europe on Thursday, November 19th 2020.

RELATED: The best video game releases in November 2020 alongside the next-gen console releases

From games for all platforms to PlayStation exclusives, there are plenty of new titles coming your way in November 2020... READ MORE 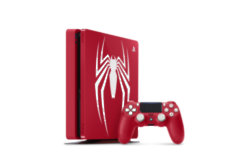