Step into the shoes of viking raider Eivor in the latest Assassin's Creed offering from Ubisoft. 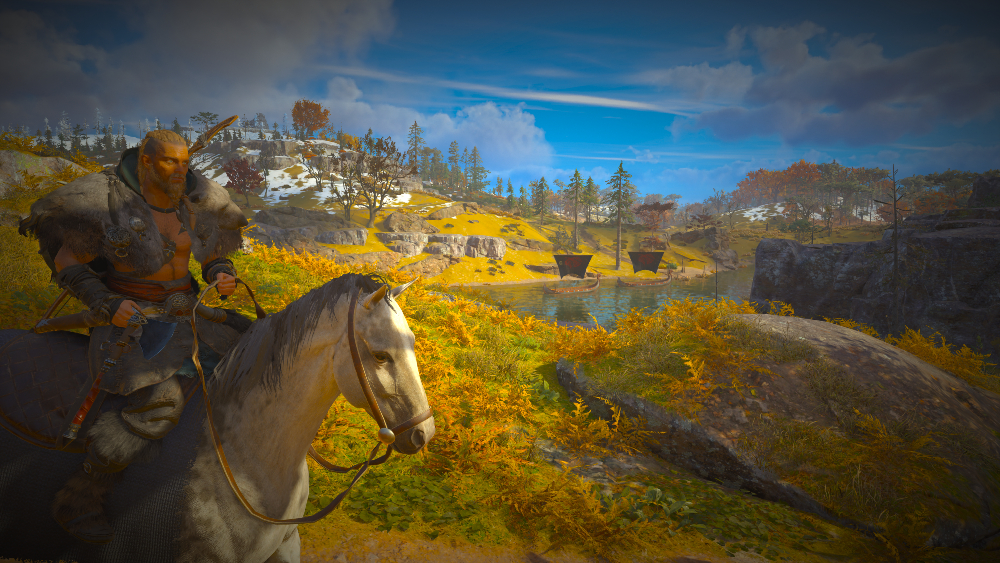 Sitting on the sofa twiddling my thumbs was a big part of my Tuesday, November 10th, 2020. I was a few hours into playing Assassin’s Creed Valhalla on the Xbox One, but really wanted to wait before I jumped in headfirst for the postie to drop off my first next-gen console - the Xbox Series X. It was absolutely the best decision to make.

Developers Ubisoft Montreal have completely exceeded themselves. Taking all of the best classic features from the original slew of Assassin’s Creed games and combining them with the most-loved aspects of the latest releases, Origins and Odyssey, they’ve managed to create what I would undoubtedly call the finest entry the iconic series has ever seen.

Players take control of Viking raider Eivor in 873 ED as the game offers up a fictional retelling of the Viking Invasion of Britain. Making a home in England following unexpected events in Norway is at the heart of the narrative, and you’ll be given the choice of playing as either a male or female version of our warrior, for only the second time in Assassin’s Creed history. There’s also the option to allow the Animus to change your character’s gender as you go, for reasons that will become clear as you progress throughout the story; and what a story it is… 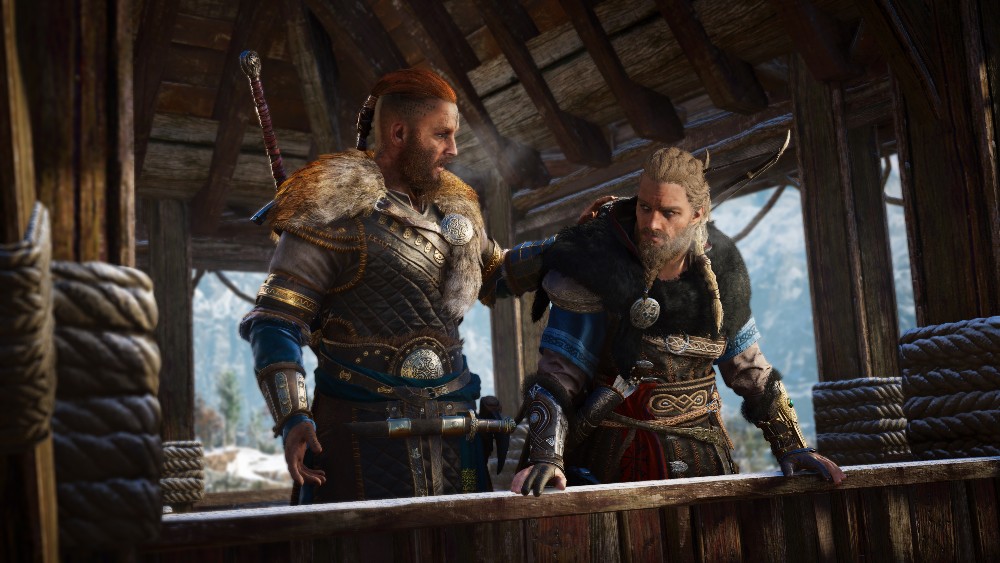 Though I’m a full 24 hours into my gameplay, I still feel as though I’ve barely scratched the surface of what Valhalla has to offer. Still, I’ve certainly done enough to be able to give a fully-formed opinion on everything that has come so far, including exactly how it plays on next-gen consoles now that they’re finally being delivered to those lucky enough to pre-order in advance.

Upon booting up the game for the first time, you’ll be asked to choose difficulty levels for three different aspects of your experience - combat, exploration and stealth. This is certainly a welcome feature for those of us who may enjoy creeping around and taking out enemies without making much noise, but who aren’t the best when swinging axes and shields, smashing skulls in mind-blowing viking battles. It’s something developers are doing more and more when it comes to new game releases and hopefully, it’ll become a vital part of the majority of titles moving forward.

Your tale begins as a young child who’s forced into adulthood way before their time, as they watch their family slaughtered in a betrayal that instantly stings. With revenge on their mind, Eivor grows to be one of the most fearsome vikings in Norway, serving under a Lord who took them in following the murders, bringing them ever-closer to best friend and ‘brother’, Sigurd. Whilst they’re not bonded by blood, the connection they share seems to be unbreakable, despite what allies may tell you.

With the Anglo-Saxon kingdoms ripe for the taking, Eivor and Sigurd work together to forge alliances across East Anglia and Mercia, as well as Wessex and Northumbria, in a bid for power. They’re not the only people searching for influence of course, so sharpen those axes and hone your skills if you’re looking to help the clan succeed. 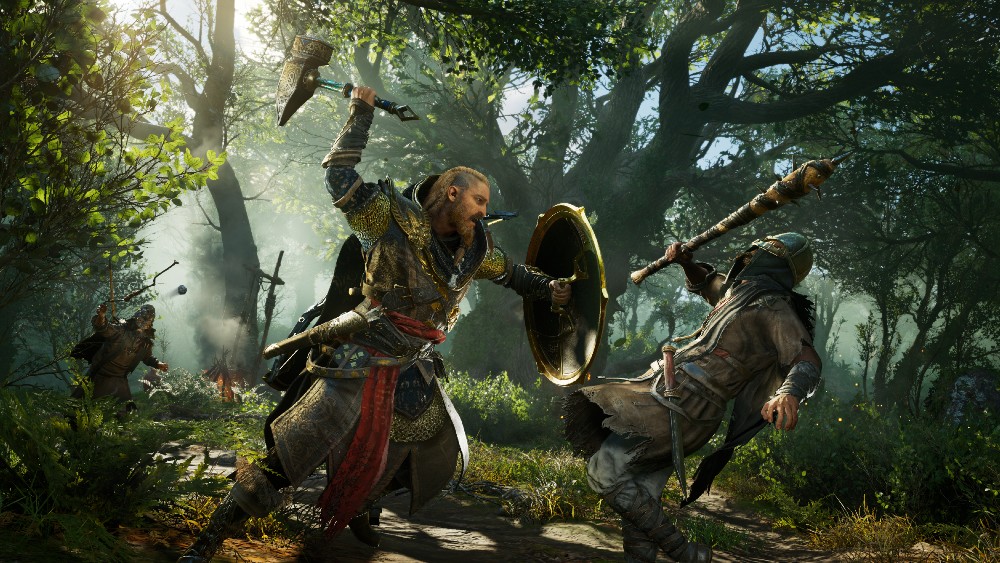 Combat has been reworked to ensure your battles are as true-to-life as possible / Picture Credit: Ubisoft

One of the most expansive skill trees I’ve ever seen in a video game features in Valhalla, and whilst it’s a little overwhelming at first, browsing through the different talents you’re able to unlock soon becomes second nature as you personalise your play style.

These aren’t to be confused with your abilities, which are unlocked as you come across Books of Knowledge scattered throughout the world. Finding these will land you either a close-combat or ranged attack, which can completely change the outcome of a battle. One of my personal favourites for example, was the ability to shoot an arrow through the majority of surfaces - such as wooden doors and walls - and kill whoever was unwittingly lurking on the other side.

Your time as Eivor isn’t all war and bloodshed however. Your Settlement for example is a welcome place to unwind, as you collect resources to build and upgrade various dwellings around your camp. Breathing life into these allows you access to trading posts, weapon upgrades, new mounts and more, as well as building your renown across England which bumps up your reputation and catalogue of what you can create. 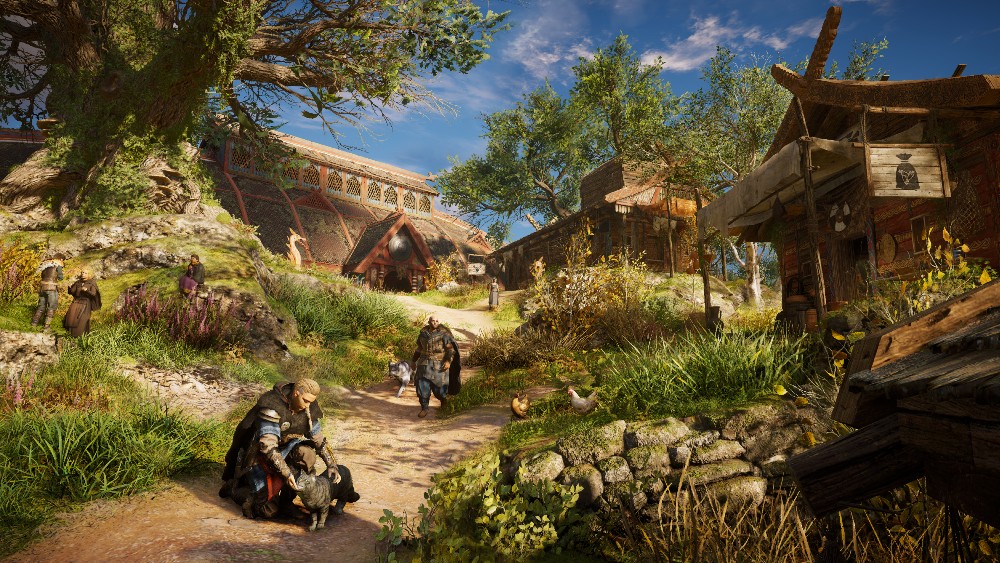 Building up your Settlement will take energy and cunning / Picture Credit: Ubisoft

To gain the resources for this, you’ll want to go out on Raids with your clan. Storming villages is as close to a viking experience as you’re likely to get in a video game, though you’re not a complete savage. You will allow the innocents of the land to keep their lives whilst slicing the guards down, but I’m not entirely sure how thankful they’ll be when you’ve pillaged all of their belongings and set fire to every building in sight. Still, needs must. You’re fighting for a better future for everybody, after all.

The combat is as fluid as I've ever seen in an Assassin's Creed game, with only a handful of stumbles dampening the experience. Going up against elites with a lance for example can feel a little unfair, as your stamina bar is drained following a few quick dodges, meaning you'll likely got a poke in the eye a couple of times during your battle. Overall however, it soon comes as second nature once you've engaged in a few bust-ups.

When you’re not tearing a village apart, you can build trust in other areas that are lacking real leadership, bantering with the residents by engaging in a dice game known as Orlog or a viking battle of wits called Flyting.

Both are brilliant mini-game additions, and I found myself sinking an hour or so into each game of Orlog I’d find, playing over and over until I secured a win and then running off into the distance as champion. 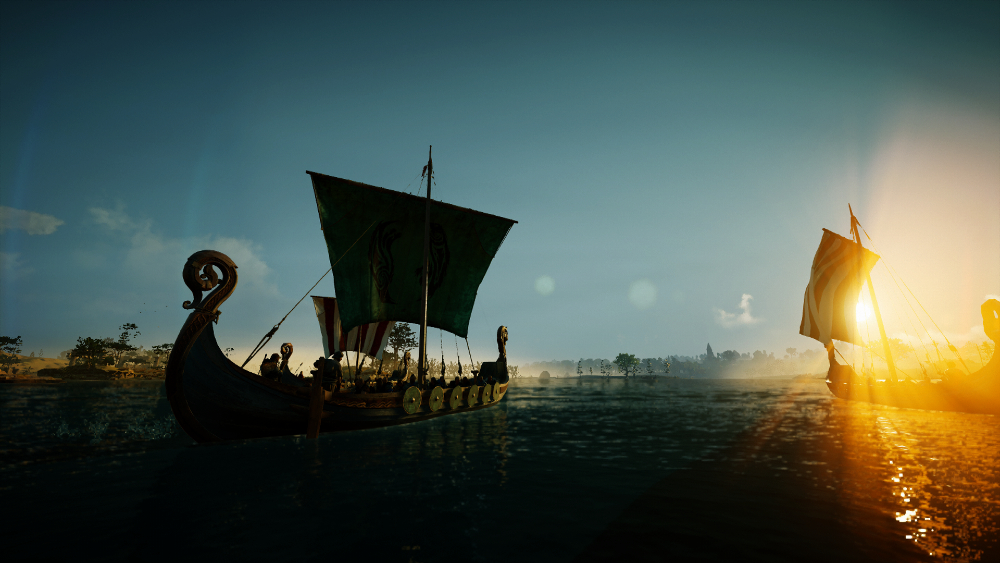 The sheer beauty of Valhalla is breathtaking, from its opening minutes and throughout. Playing on Xbox Series X gives the opportunity to really take in the passion which has gone into making this one of the most visually-appealing video games on the market; there were genuinely moments when I would stand still and admire the graphical design.

Remember to take those moments for yourself throughout your play to engage with Photo Mode. It provides the perfect chance to breathe in the stunning landscape Ubisoft have created, allowing you to add your own filters and effects to any pictures you take so that you can show off on social media whilst exploring.

There are some minor technical issues - such as bodies of soldiers flying up into the air following a particularly dramatic attack; or a fellow viking getting in the way when you’re trying to loot a large golden chest - but on the whole, it’s a fluid and all-enveloping experience that holds you tight and refuses to let go.

Assassin’s Creed Valhalla is available now on Xbox Series X|S, Xbox One, PlayStation 4, Microsoft Windows and Stadia. The game will also be available on PlayStation 5 following its European launch on November 19th, 2020. An Xbox code for the game was given to Female First in exchange for a fair and honest review.