Last night (February 19th, 2021), Blizzard Entertainment kicked off their pandemic-friendly BlizzConline, bringing the community together through a fully virtual experience, celebrating their games of old and new.

Here, we’ve brought together all of the biggest news from day one’s announcements!

Chains of Domination coming to World of Warcraft’s Shadowlands

Now that players of the Shadowlands have defeated Sire Denathrius, their attention must turn to taking a step closer to the Jailer, and allowing each of the four Covenants to build their own strongholds in The Maw. Unfortunately for our heroes, the Banished One now has Anduin under his power, thanks to a powerful meddling from Sylvanas Windrunner.

A whole new zone called Korthia, otherwise known as the City of Secrets, will open up in The Maw, bringing with it new heroes and villains, quests and other outdoor activities.

Covenant campaigns will also move forward, with a host of new missions and lore to unveil. Plus, once you get to a certain point in your covenant’s campaign, you’ll unlock the flying ability in each of the Shadowlands areas, as well as access to covenant-specific flying mounts.

When it comes to raiding, you’ll want to squad up with friends and allies to take on the 10 bosses of The Sanctum of Domination; a previously-unexplored area of Torghast. These include the true Eye of the Jailer, the vicious Tarragrue and none other than final boss, Sylvanas Windrunner herself.

As if that wasn’t enough content, we’ll get to take on new Mega-Dungeon Tazavesh, The Veiled Market. This eight-boss, Mythic-only (for now) experience challenges you to steal ancient artifacts from Azeroth, with exciting new gear available to plunder.

We’ve got no release date for Chains of Domination just yet, but we’re sure it won’t be too long before we’re able to delve in and get started on Shadowlands’ first major content update.

Faithfully remastering the original Diablo II and its award-winning expansion, Blizzard Entertainment are bringing the adventure back for both old fans and those new to the experience, with Diablo II: Resurrected.

The 2D sprite-based classic has been brought into the modern day with full 3D physically-based rendering, dynamic lighting, revamped animations and spell effects, delivered in up to 4K resolution.

On top of that, all 27 minutes of the game's classic cinematics are being remade, shot for shot, from the ground up. Sanctuary's sound and the game's soundtrack will also be revamped, supporting Dolby 7.1 surround sound, levelling the game up immeasurably.

Hearthstone’s Year of the Gryphon begins

The coming weeks will see Hearthstone enter the Year of the Gryphon, which will bring some of the most ambitious changes to the game it's ever been through. There was also the reveal of new expansion Forged in the Barrens, inspired by one of World of Warcraft's most famous locations where many Horde members begin to forge their own legends.

A new single-player and competitive game mode will be introduced with Hearthstone Mercenaries, where players can collect, upgrade and do battle with characters across Azeroth.

The announcement of a Hearthstone Core Set launch alongside the Classic format was also made, allowing players the opportunity - for free - to enjoy the game all over again, as if it has just been launched.

The Burning Crusade is coming to World of Warcraft Classic

The shattered world of Draenor is opening up once more, for those nostalgic World of Warcraft players who have been enjoying their time with Classic.

“The World of Warcraft community made it clear that they wanted WoW Classic, and now they’re eager to continue their journey into The Burning Crusade,” said J. Allen Brack, President of Blizzard Entertainment.

“Since the launch of WoW Classic and as we rolled out content updates, we’ve learned a lot about what players want from an experience like this in 2021. We’re building on that to ensure players’ new adventures in Outland are as epic as ever, whether they’re taking a return trip through the Dark Portal or joining us for the very first time.”

Two new playable races join the fray, in the form of the blood elves if you fancy fighting for the Horde, or the draenei if you're more of an Alliance loyalist. New arenas, as well as flying mounts, raids, dungeons and professions are all also coming to the Classic experience.

Celebrating 30 years of Blizzard Entertainment, the company took a look back at some of the games that helped bring them fame and glory - specifically The Lost Vikings, Rock N Roll Racing and Blackthorne.

“The Lost Vikings, Rock N Roll Racing, and Blackthorne ultimately made it possible for us to go on to create Warcraft, Diablo, and StarCraft, so we thought the Blizzard Arcade Collection would be a fun and fitting way to look back at our roots as a company,” said J. Allen Brack, President of Blizzard Entertainment.

“Many Blizzard gamers around the world fondly remember their time with these games and have often asked us to bring them back for modern platforms, so we’re thrilled to not only do so with this release, but to amp up the experience with new features and functionality available for the first time in each game.”

All three are now available, in both Original and Definitive Editions, on Windows PC, Nintendo Switch, PlayStation 4 and Xbox One, as well as next-gen consoles via backwards compatibility. 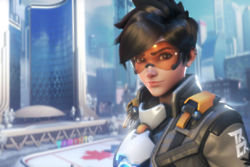 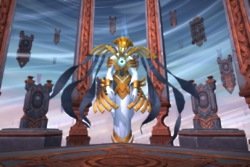