5 games you HAVE to play this May

Stuck for what to play this May? You shouldn't be. Here are just five titles you should be getting your hands on over the next few weeks...

Finally arriving in Europe, YO-KAI WATCH is the perfect game for anybody who loves anime, collecting, fantasy and gorgeous artwork. Utterly charming, it doesn't take long for a player to fall in love with this one.

Already being hailed as one of the best games ever made, Uncharted 4 is the final chapter in Nathan Drake's story, taking place several years after his last adventure. Though he's retired, a little persuading sees him fall right back into the adventuring fold once more...

It's back, badder and better-looking than ever before. You might not be sure exactly why you want to take on the world of DOOM, but there's something incredibly appealing about smashing and shooting your way through scores of demons, trying to survive by any means possible.

Blizzard's latest offering is a team-based game which tasks an international force of heroes to band together and save the world from war. Players can pick from an incredible roster of over 20 heroes, each with their own perks and abilities to allow constantly changing and unique gameplay.

Containing two complete games, you'd be a fool to miss out on picking up this hilariously addictive zombie title! There's really no end to how vicious and inventive you can be in Dead Island whilst battling off hordes of zombie scum, and there's even a true story-based 4-player co-op mode waiting. 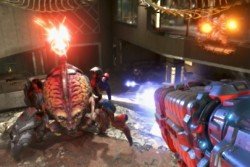 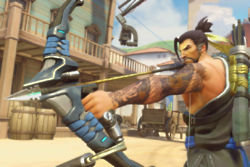 Overwatch for Nintendo Switch is a downgrade [REVIEW] 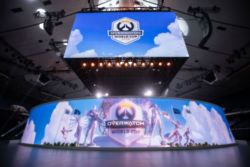 Will 2019 be the year female players make their mark in eSports?