Marvel’s Guardians of the Galaxy Review: A must-play for any fan of the franchise

Square Enix more than make up for their Avengers missteps. 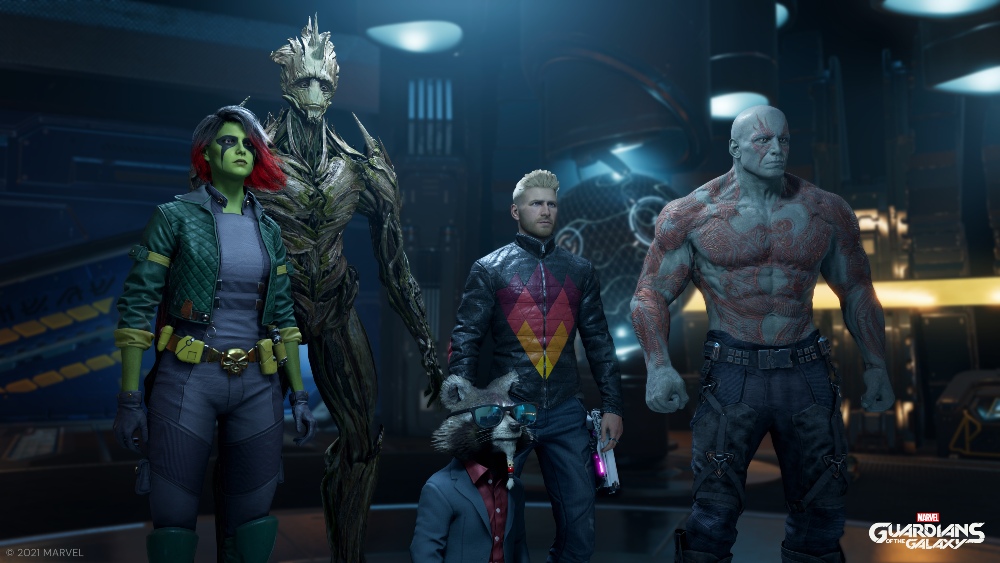 Let's face it, Square Enix’s recently-released Marvel’s Avengers was a bit of a disappointment. Sure, the game had its shining moments in the single-player campaign, but the intense focus on the co-operative multiplayer meant that easy goals weren’t actually met and players were left scratching their heads, unsure if they enjoyed the overall experience.

So, when it was revealed that the publisher would also be looking after Marvel’s Guardians of the Galaxy, we were left hoping that they would learn from their past mistakes and simply focus on telling a story well, without the need for a ton of flashy features that fall flat.

Thankfully, Square Enix went above and beyond, with a 20-hour campaign that is jam-packed full of comic book humour, wicked narrative turns and of course, a stellar soundtrack.

Players step into the shoes of Peter Quill, better-known to Guardians fans as Star-Lord and, whilst you may at first wonder why you’re simply not allowed to control the other members of this galactic fleet - including Rocket, Groot, Gamora and Drax - it’s a decision that is, after playing for even just a short amount of time, undoubtedly the correct one. 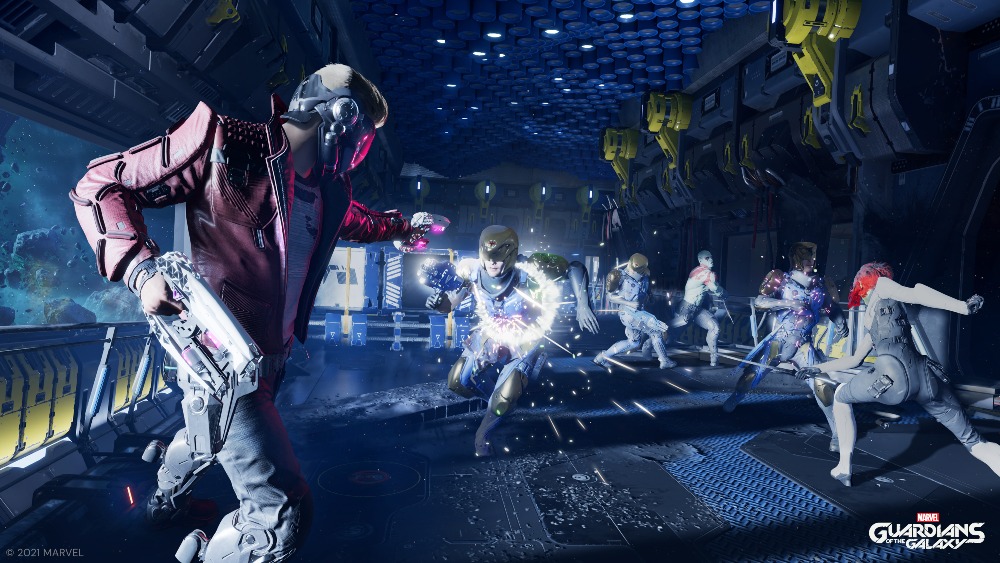 Much of the story being told here is framed around events that are personal to our lead protagonist and so, allowing the player the opportunity to shape his journey through dialogue choices and gameplay actions is a wise one. Though many of these player-made decisions simply forge the way in which a conversation will flow, some can have a heavy impact on your adventure, so make sure to pay attention.

When it comes to combat… well, you’re probably best-suited sticking to a controller, rather than trying to take on masses of enemies whilst attempting to perform a feat of gymnastics with your fingers on keyboard!

In these fights, if the rest of the Guardians are by your side, you’re not only able to take full-control of Peter’s attacks but, you can use him to command other members of the team to use their special abilities. This isn’t an easily-managed task on the PC so again, sticking to a controller is the best route to go down. As soon as I made the switch, firefights went from being tricky and at times annoying, to fun and enjoyable throughout.

You’ll also want to utilise each member of the team’s personal abilities to solve simple puzzles, allowing you to progress to the next area of your linear adventure. Just make sure that if you’re a completionist, you’re exploring every nook and cranny possible; there’s a lot of loot lying around that can aid you in your journey. 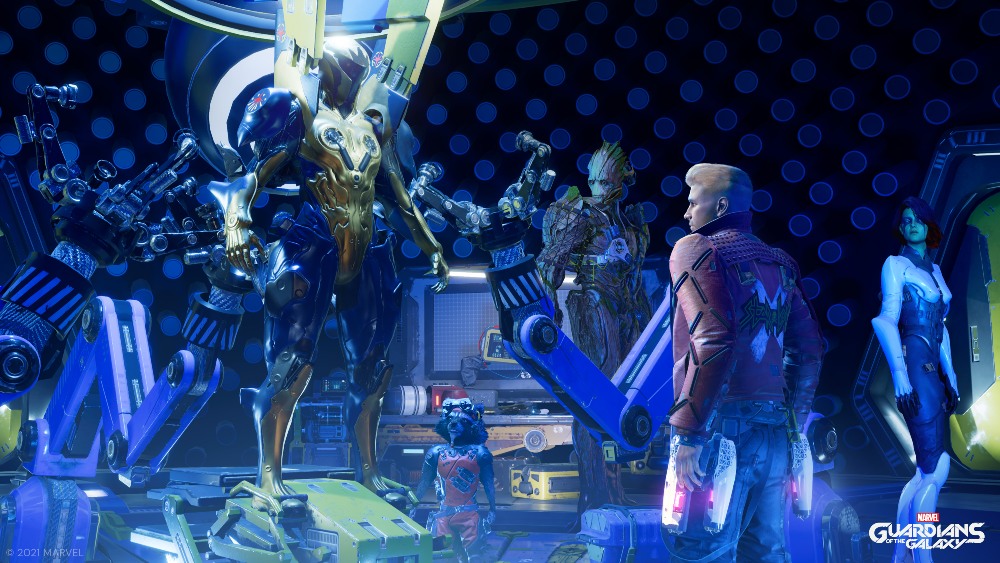 What I was really looking forward to checking out with this release, was just how beautiful the different alien planets looked, as well as the interior of the team’s ship and, various other mysterious locations.

Utilising ray-tracing alongside NVIDIA’s DLSS, which delivers a sickeningly sweet performance bump, makes for some of the most stunning and gorgeous visuals I’ve ever seen in a game of this kind. I was seriously blown away by the work that has gone into making this a real crowd-pleaser; pretty flarkin’ perfect.

Oh, and that soundtrack? Get ready to jam out to the likes of Blondie, Wham! and Bonnie Tyler, who all deliver some big tunes, amongst other legends of the music industry.

Aside from one hard crash, the game ran smooth like butter. A big win for Square Enix, who will hopefully see the reaction to this release and hit it out of the park for any future releases. 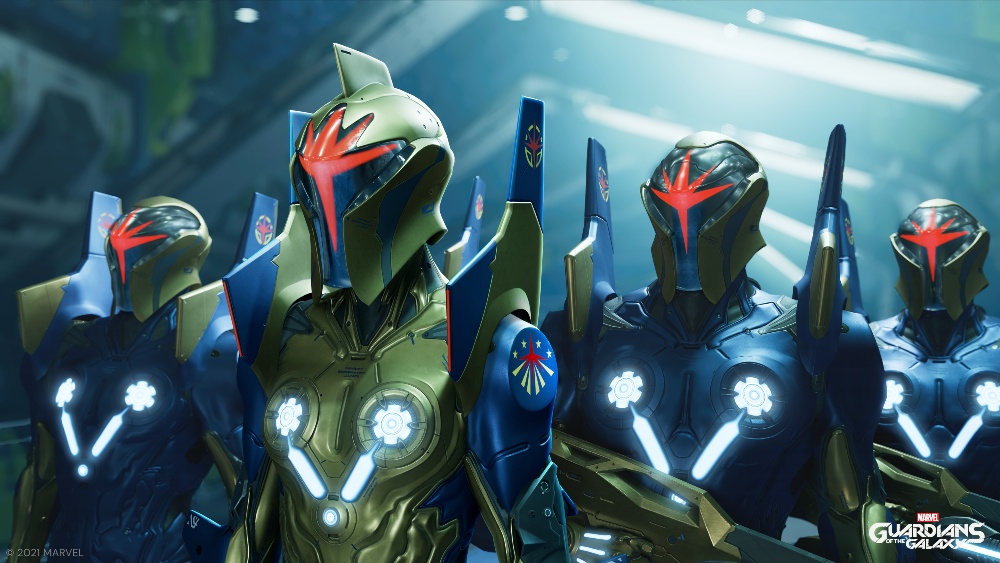 Marvel’s Guardians of the Galaxy is available now on PC, Xbox Series X|S, PlayStation 5, Xbox One and PlayStation 4. Female First was given a code to review the game on PC in exchange for a fair and honest review.

Tagged in Guardians of the Galaxy 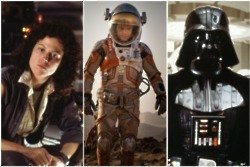 Celebrate World UFO Day with these seven films about aliens, space, and the unknown! 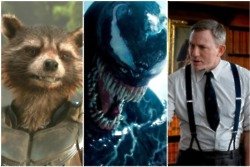 Movie News Roundup: More news on Knives Out 2, Venom sequel has its first trailer, and more!