Out now for Xbox One, PS4 and PC, does Star Wars: Battlefront II build on its predecessor, or disappoint?

The launch of Star Wars: Battlefront II was this year marred with controversy, following the backlash that followed the unveiling of the game’s loot boxes which could be bought for real-life currency and contained game-changing items, giving those who were willing to splash out an advantage in online multiplayer. As such, we decided to hold off on posting our review of the title, allowing ourselves to take in everything the game had to offer and coming to it with a fresh and open mind. Loot boxes have (temporarily) been suspended, allowing everybody online to come into things at the same level and work their way up to gaining advantages the proper way, so how does the game stack up with all of that pushed aside? 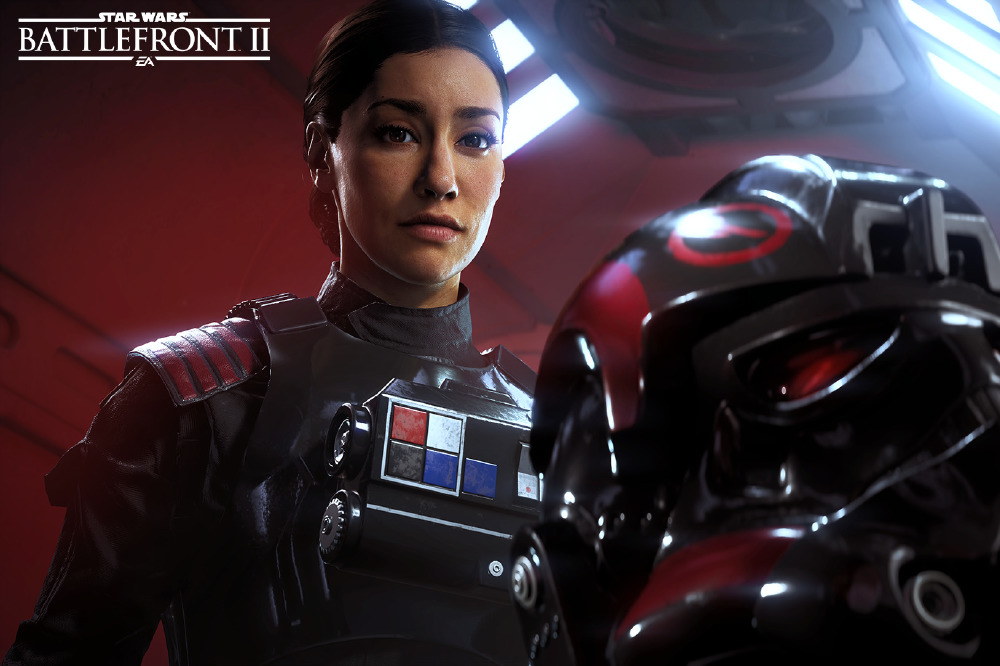 We first took a look at the solo campaign mode; a new addition to the rebooted series, after 2015’s release was without its single-player adventure, and whilst it’s got its moments of flair and excitement, the five-hour piece just isn’t enough to satisfy. There are genuinely ridiculous scenes that make little sense, a lack of urgency for the player despite the short run-time and little to no replayability offered. In all, it feels extremely disjointed and though it does cater to the overriding Star Wars fandom, it never becomes one with the force, failing to provide excellence in a franchise where it’s demanded.

We’re at a stage in gaming where choice is supposed to really matter in single-player experiences. The sequences you play through in this campaign however don’t seem to really match up with the cinematic story being told. What you do has no impact; the outcome will always be the same for every player who’s willing to jump in. A lack of character development also means that it’s hard to find a care in the world for most of the characters involved.

Bringing a solo campaign to Battlefront is a step in the right direction, but for any future releases, they need to be expanded and worked upon in a much more detailed fashion.

The real meat around the bones of Battlefront II comes with its huge online multiplayer modes, with players allowed to choose from four basic classes that they’ll be able to work from the ground up; if they play well, they’ll be able to take on one of the heroes or villains from the Star Wars series, each with their own unique abilities and skills. Yoda for example will do flips every time he swings his lightsaber, making him the single hardest character to successfully hit as a basic member of the cavalry. Each of the recognisable faces are extremely strong and have a huge amount of health, but you’ll still need to work on playing them if you’re to be successful in the roles.

Those who prefer cashing in their battle points at an earlier stage will be able to control machines, spaceships or even better-skilled troopers. There really is a wealth of opportunity when it comes to online multiplayer, and the mode does much in the way of making up for the lack of excitement drawn up by the game’s solo campaign.

Still, the Star Cards and progression system remains a huge problem for Battlefront II. Though the field has been levelled out with the temporary removal of in-game purchases of loot crates, there are still a number of flaws with the real grind you’re forced to tackle if you’re to ever make a name for yourself within the game’s online world. The time in which it takes to earn the right amount of credits for some good loot has been lowered since early access, but it still feels like it takes too much time to really make an impact. You’re sinking too much time into Battlefront II without reaping the rewards that are promised in a timely fashion; especially so when you cannot even choose which class you’d like to receive cards for. Overall, the system is something that needs a complete overhaul.

There’s a lot for EA to do if they’re to make a return to the Battlefront series a successful one. They’ve been given the opportunity to do something really special here, having access to one of the biggest franchises in the world, so to see such a stain on the Star Wars world is disheartening as a fan, to say the very least. Don’t get us wrong, there is fun to be had. It just doesn’t come in quick enough doses.

A copy of Star Wars: Battlefront II on Xbox One was provided free-of-charge to Female First in exchange for an honest review.