One of the best puzzle experiences available in VR! One of the things I’ve missed most about getting together with friends this year, is going to an escape room and having a hilarious hour of shouting at one another for not finding the right clues to reach the end and complete the experience.

So, when I heard that The Room VR: A Dark Matter would offer a slice of that - albeit with a single-player campaign rather than a multiplayer one - I was excited to jump in and put my escape room skills to the test.

Kicking things off by placing you in the shoes of a detective, players will soon come to realise that the world they’re becoming a part of in The Room isn’t much like the one outside the VR headset. Instead, supernatural elements will transform your experience into an otherworldy one entirely, fully-enveloping you within its atmosphere.

Once you’ve made it out of your office in the 30-minute or so sequence that serves as a tutorial, you will be transported to all manner of different locations, each designed with attention to detail and a passion for offering up a stunning surrounding. The Room VR: A Dark Matter takes you to some gorgeous locations / Picture Credit: Fireproof Studios

Packed full of puzzles, the easy-to-get-around manoeuvring system will soon feel second nature as you hop from one side of a room to the other, putting your brain to the test as you go.

The voice acting and sound effects are also top tier. I wouldn’t quite say the narrative is as strong as I would have liked, but it does enough to keep you interested and involved from beginning to end. When there’s what appears to be magical things happening around you, it’s hard to be disinterested and find your entertainment elsewhere.

There isn’t much you’ll get out of replaying The Room once you’ve completed it for the first time, but the five-or-so-hours experience is one that you absolutely must indulge in, if you’re a big fan of puzzle games and escape rooms.

The Room VR: A Dark Matter is available now on Oculus Quest and Quest 2 platforms, as well as PlayStation and Microsoft Windows. Access to the game was granted by the team at Oculus in exchange for a fair and honest review.

RELATED: Everything you need to know about the Oculus Quest update

Adding a fitness tracker, the ability to gift friends their own VR games and even more great features, this is an update owners won't want to miss out on... READ MORE 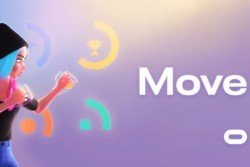 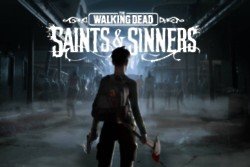