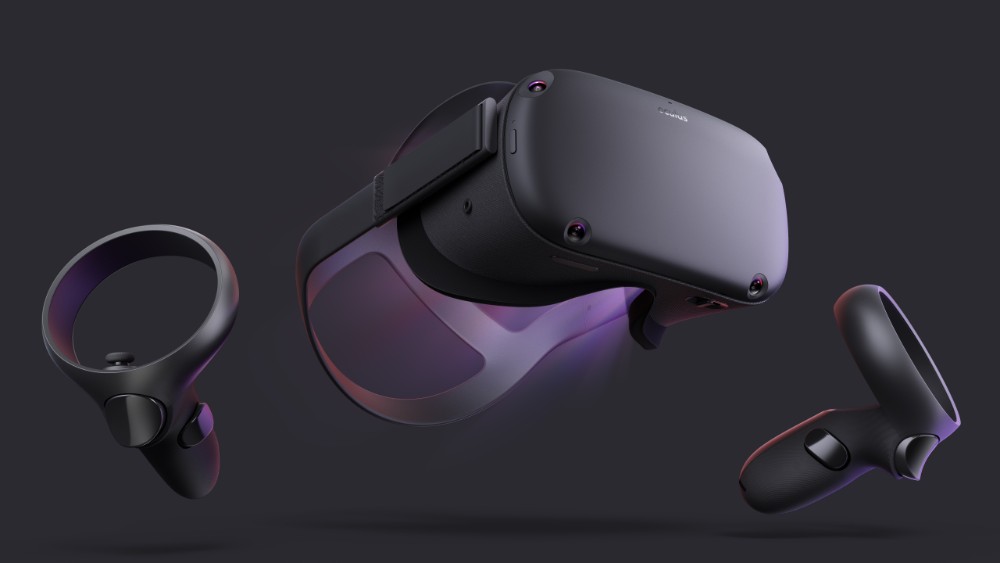 We put the Oculus Quest to the test!

Virtual reality is something I have a love/hate relationship with. I absolutely adore having the chance to quite literally step into some virtual worlds, but there have been a handful of games in the past that have made me feel a bit woozy, forcing me to take my headset off altogether and sit on the floor for five minutes whilst I regained my composure. Still, VR is something I jump at the opportunity to check out, so when I was offered the chance to trial the wireless Oculus Quest, I couldn’t have been more excited.

One of my main issues with other VR headsets was the huge wire that trails from the side of your head, weighing it down disproportionately and putting the user a little off balance. So, when Oculus dropped the Quest headset in the middle of 2019, people quickly took note. Would this finally be the perfect VR headset, especially for those looking to enter the market for the first time?

Of course, without the wires does come a less powerful headset. That's not to say you won't be fully immersed within the titles you purchase, but the screen can sometimes appear grainy or a little blurred, no matter how much you play around with your headset's manual settings, such as the returning slider to adjust the distance between lenses. You don’t however need a gaming PC to get involved, so it’s swings and roundabouts. You give a little and get a lot in return.

A little weightier than the wired Rift S model, the Quest is still a comfortable headset. It’s got straps on both sides of the head as well as one long strap to go across the top of your head so you can get the perfect fit - even if you’ve got a bowling ball-sized dome like me!

When it comes to sorting out your play area, there are a couple of options. The first is the one most would recommend - where you draw out your area using one of the two controllers packaged with the headset, allowing you to make it as odd a shape as your living room/bedroom/kitchen requires! There’s no moving around needed; simply paint your area from wherever you’ll be standing when you start playing. The second is for stationary players, where you’ll be given a smaller area to play in, but won’t have to put as much energy into your play sessions. 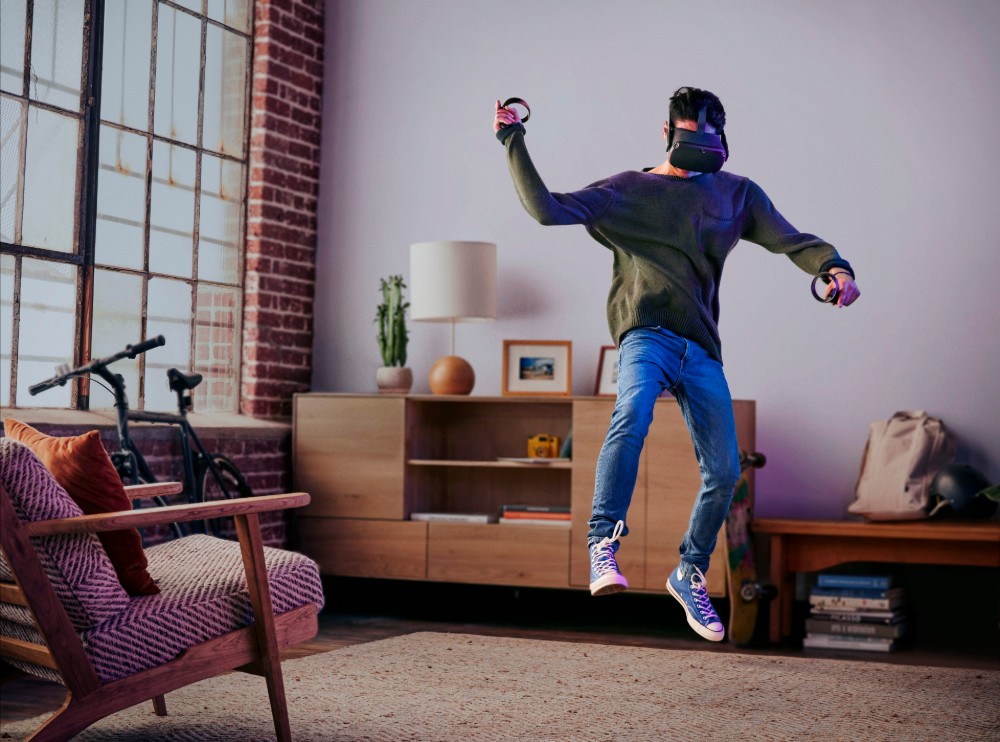 Set your own play area for the ultimate experience

Once you've laid out your play areas, an algorithm 'remembers' those spaces and rooms, determining for future sessions whether you're returning to a previous area or starting in an entirely new one. It's a brilliant feature that works nine out of 10 times (and even when it doesn't, it only takes a few seconds to get it tracking correctly all over again!).

When it comes to the controllers and their tracking, I had no problems at all throughout my time with the headset. Whether I was blasting away red and blue cubes on Beat Saber, or shooting enemies in Onward, they remained perfectly-synced with my real-life movements. I still find it awe-inspiring to see my hands and their actions mimicked in a virtual world.

The audio is something you may think would be a downfall here, but it still allows for a 3D experience despite being played directly out of the headset. The only problem is, you'll want to go to a quiet room if you want to feel full immersion; don't expect to leave the real world behind completely if your Mum's watching Corrie in the background!

The Oculus Quest seemed to last for up to around two, to two-and-a-half hours per gaming session. That’s honestly more than enough with the headset in place; any more and you’d probably get a bit of an aching forehead and potentially even motion sickness. As Oculus move towards creating their next-generation VR platforms however, this may be something they want to focus on putting some effort into improving.

It’d be fair to say that VR is still struggling to break into the mass market, even after the Quest’s release. It’s a shame, as it’s certainly one of the most accessible ways to get involved. If you’re thinking about making the jump into virtual reality, then here is your perfect entry point. Take the leap; you won’t look back. 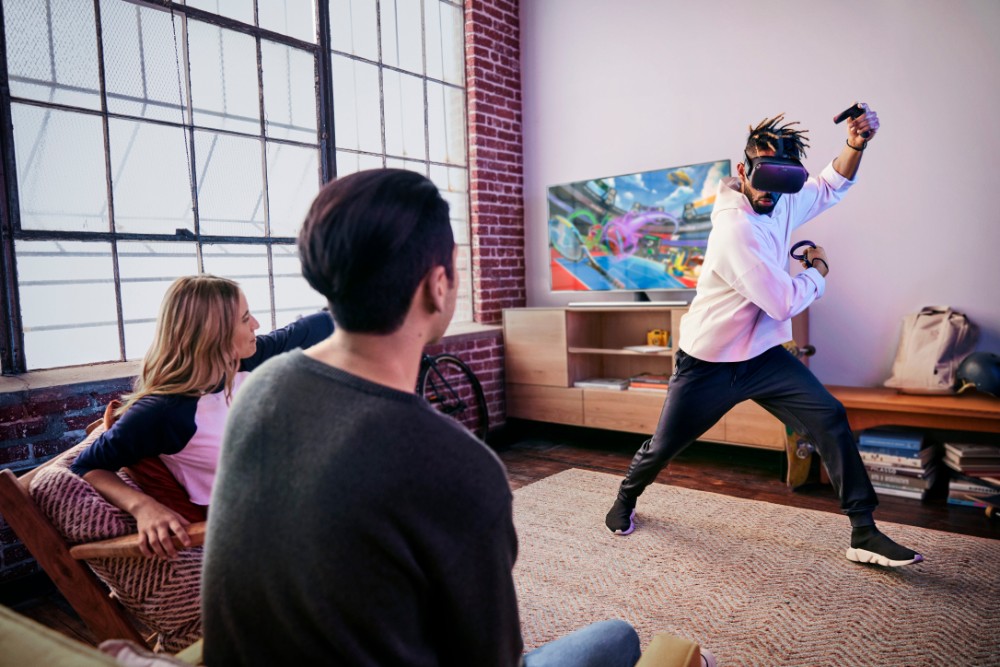 Play easily with friends by passing around the headset and controllers

Available in both 64GB and 128GB units, the Oculus Quest can be bought from a number of different retailers, or from the Oculus.com website when available. 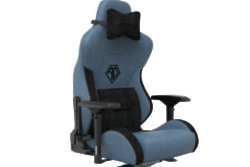 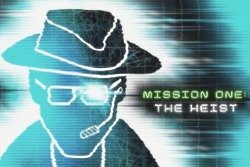 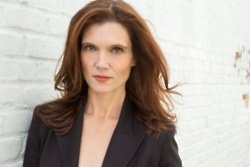