WWE 2K22 review: A long-awaited return to the gold standard makes this a must-play for any fan

They said it would hit different, and they were right. 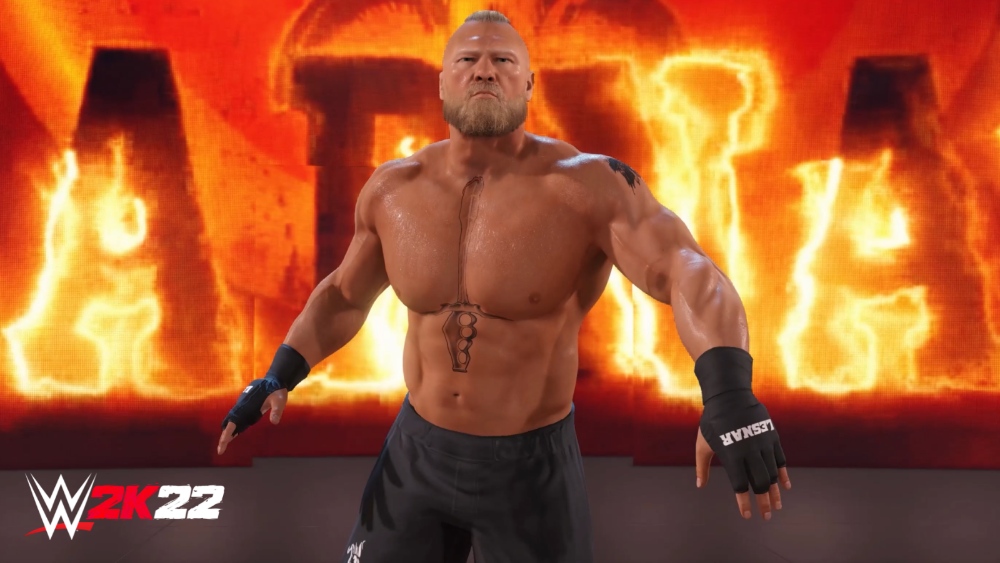 I’ve been playing WWE 2K22 for over a month, now. That should, for those who have been playing the WWE 2K games for some time now, really say it all. When comparing the latest release to the disastrous launch of WWE 2K20, well, they’re absolutely worlds apart. 2K Games and Visual Concepts decided that they would pull the brakes on the series, missing out on a 2021 release entirely, so that they could focus on elevating the overall consumer experience. It was the best decision they could have made.

No longer will the player struggle with a myriad of different controls to try and wear down their opponent, or escape from the clutches of a heavy submission move. The entire combat experience has been streamlined so that the experience is as enjoyable as it is challenging, rather than just completely frustrating. It has more of that classic arcade feel, and will undoubtedly take gamers back to earlier days, especially thanks to the new combo breaker system. You can’t beat nostalgia.

Bringing fun back into the centre of gameplay has clearly been at the forefront of the developer’s minds, as there’s a certain level of gloss and shine that’s now been applied to all aspects of the title. The audience are reactive, character models are for the most-part, exceptional and, the commentary has been tightened up so that good old Michael Cole is actually calling the correct match at the right time.

Those who enjoy their single player campaigns will be happy to see the return of 2K Showcase, which this time round focuses on some of the most memorable moments in cover star, Rey Mysterio’s career. It is perhaps the most emotional offering in a WWE game to-date, thanks to how closely aligned Mysterio was with the late, great Eddie Guerrero during the pair’s time in the company. You are treated to real footage from some of their matches during the Showcase, interspersed within the video game’s stunning design; it’s a real treat.

Then there’s MyRise, formerly MyCareer. No longer are you on a set path for your male – or female – future WWE Hall of Famer, as you can enjoy two completely different career paths based on your Superstar’s gender. Some of the narrative choices taken by creative here are utterly hilarious and extremely close to the bone. Sasha Banks asked my female Superstar, for example, if she was a ‘Make A Wish’ recipient who was being given the opportunity to wrestle The Boss before they died. Ouch!

Voiceover work is good in places and could use some work in others. That’s partly due to the fact that a lot of it had to be done through the pandemic, so there wasn’t exactly the perfect working environment to thrive in. In the future, it would be nice to see even more vocal work added to the campaign mode, because reading a lot of the narrative via your character’s mobile phone and through social media doesn’t quite hit the spot.

Perhaps most exciting this year is the addition of MyGM. If you’ve ever wondered what it would be like to be given control of Raw, SmackDown or even NXT, then the return of this much-loved mode – which last appeared in Smackdown vs Raw 2008, will be right up your street. Over 15 in-game weeks, you'll compete against the computer or another player, both trying to bolster your brand's ratings with a limited budget, taking everything into consideration to ensure the audience keeps coming back and your show is a success.

That’s not to say the game isn’t without its problems. Whoever made the decision not to add Lita to the roster for example, should be given a stern talking to. She is one of the most exciting wrestling Superstars that WWE has ever seen and as such, should be given her space to shine here. Recreating her iconic Monday Night Raw and various pay-per-view matches with Trish Stratus in 2K22 is impossible, because she’s simply not present.

I did also encounter a couple of bugs over the past few weeks, one of which saw the Rated R Superstar Edge floating across the arena, over the heads of the audience and taking the ring rope with him. Funny to witness, but not great when you’re hoping for a high level of immersion. Fortunately, that particular bug hasn’t reared its head since the first few days of play; it would appear patches are being regularly put in place to deal with this sort of thing.

The new MyFaction mode is also a bit of a flop. It's WWE 2K's attempt to bring an Ultimate Team style offering to fans, but it feels as though it would probably thrive more on mobile devices rather than on console. It's a time suck and you can pay money to get ahead. That’s about all there is to it. A bit more meat is needed around these bones if it’s to pick up steam in the future.

Overall, however, we have a huge step in the right direction and finally, some stable foundations for developers to build off of in the future. I can’t wait to see exactly where the WWE 2K games go next. 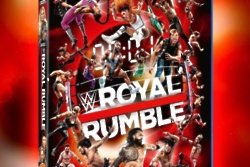 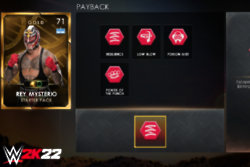 WWE 2K22 news: Everything you need to know about the upcoming game’s MyFACTION mode