How far is too far on the summer diet?

As Spring arrives, diets commence; in time for the months of Summer. But can people just go too far in order to achieve the ‘perfect’ body the media portray?

We all want to look good in our bikini

Sarah started her ‘diet’ January 2007. “Looking back I was so vulnerable, I didn’t think my diet would result in me being diagnosed with a mental illness.”

At the age of 14 Sarah described herself as being very upset and frustrated about the way she looked.  She said: “From a young age I had always been chubby. I never had to question my weight, until I got to secondary school and piggy was my new name.”

The 19-year-old sales assistant started hiding her food from her parents soon after her ‘diet’ started.

“At first I cut down, I would have an apple or banana for my breakfast, half my sandwich for lunch, then dinner time I would leave a good half of my plate.

“The weight started budging, but then it came to a stand still, this is when I would cut out breakfast and dinner and hide most of my tea in a napkin.”

Sarah went from a healthy weight of 8 stone to a staggering 5 stone.

“With the weight loss came deceit, I would lie to my friends and family, I would hide food, cover myself up with layers of clothing.

“I went from miss piggy, to miss freak. But when I looked in the mirror miss piggy was still there, I still seen fat, I disgusted myself in every way and believed I was fat. ”

Statistics found on BEAT show 1.6 million people in the UK are affected by an eating disorder. The condition can affect anyone at any time in their lives, however girls and women as young as 12-20 are most at risks.

Beat is the UK’s leading charity supporting people affected by eating disorders and campaigning on their behalf.

Mary George, a spokesperson at Beat believes there is no single cause, but rather a number of factors which combine, each increasing the risk that makes an individual vulnerable.

She said: “We know poor image and low self esteem are key factors in the development of eating disorders, and that social and cultural pressures are strong in this area.

“The fascination with celebrities, their bodies, clothes and appearance has all increased the pressure that young people feel as they seek to establish their own identities and typically at a time when their own bodies are growing and changing as they naturally mature and become adults.

“Young people compare themselves to the images that bombard them from advertising and media sources and feel it is their fault that their bodies compare so unfavourable.

“I don’t believe the media directly causes eating disorders; they are more complex than that. But it is a powerful influence, which could become part of the solution, rather than being blamed for the problem. ”

When asked about the media influence, Sarah believes the advertising industry and other platforms of the media can put pressure on young girls such as herself to want to look the way these models appear, even if it means cutting down on food intake.

“Yes I do believe there is pressure on girls, to look a certain way, be a certain size, anything else you are seen as worthless.

“When you get yourself into the routine of losing weight, it feels like your own worth is measured by the size you wear. It is a terrible trap.

“The media can influence people in wanting to lose weight, resulting in a number of young people finding themselves in this horrendous situation. ”

Luckily Sarah received the help and support she needed to overcome this life threatening illness.

“I have a supportive family, brilliant support off my friends and a lot of online help from other individuals who have the same struggles, questions, and experiences.” She said.

Website support such as ‘Pretty thin’ help people of all ages, when dealing with any form of eating disorder.

James Watson, who runs the site ‘Pretty Thin’ also, believes the media have a significant influence on how people see each other.

He said:  “The media plays a huge role in how society operates and I think as a society, we should continue to be critical of them and of ourselves for accepting it.

“I don’t think an ED comes from just media alone, they may offer triggers, but most individuals with an eating disorder that I have personally interacted with will confess to or show signs of another problem.” He said.

Many aspects within a person’s life can cause eating disorders, so can we really put the blame onto the media?

James said:  “I think if we are going to blame anyone for eating disorders, it is society. I believe each individual is responsible for himself or herself, so their responsibility to develop a balanced, healthy, happy, and fulfilling relationship with an ED rests on the individual.

“But society needs to remove the stigma or talking about EDs. It needs to develop new conversations rather than those that come from alarm, fear, or sympathy.

Beat will be campaigning with a ‘Break the Silence’ operation. This will encourage people to come forward to seek the help that they need and deserve. 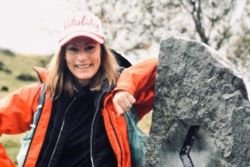 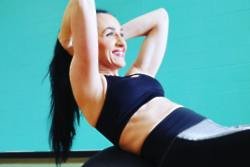 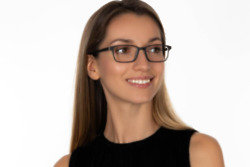