Stress is causing adult acne in some

A new study has revealed that successful women in their mid-twenties are being plagued acne.

According to dermatologists, a high level of stress triggers male hormones in women, which blocks the skin pores and causes the spots.

More than one in five are shocked to develop the unsightly, painful conditions after the age of 25 - even if they never had spots as teenagers, reveals the study.

With 66 per cent of UK mothers working, it had led to a new generation of women battling pimples.

The dermatologists at Nantes University Hospital found adult acne was different to the teenage version.

Women are up to three times more likely to suffer from acne than men, which might be because their skin is more sensitive to male hormones. ]

Dr Susannah Baron, of Kent and Canterbury Hospital, said: "It's time to re-evaluate who we think gets acne. It's not recognised enough how much it affects the lives of adult women.

"For many, it kicks in in later life when they have to juggle families and careers at the same time. Many of the female patients I see also have stressful jobs and a lot to deal with. Interestingly, many of them did not have significant acne as a teenager."

Tagged in Stress Health and Beauty 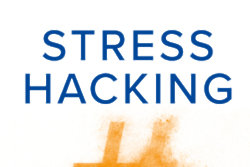 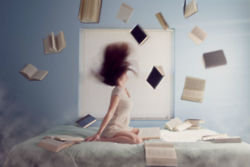 Are we as a nation locked into the stress-sleep cycle?