Antioxidant supplementation significantly increases the elasticity of large and small arteries in patients with multiple cardiovascular risk factors according to a paper published this week.[1] This beneficial effect on the blood vessels was associated with an improvement in glucose and lipid metabolism as a decrease in blood pressure.

Commenting on the study, Dr Carrie Ruxton, independent advisor to the Health Supplements Information Service, notes: "This was a randomized, placebo-controlled study, in which 70 patients were assigned to receive daily oral supplementation with vitamin C (1000 mg/day), vitamin E (268mg/day), coenzyme Q10 (120 mg/day) and selenium (200 mcg/day) or placebo for a total of six months. Patients were evaluated for measures of fat and glucose metabolism, including blood lipids (blood fats) HbA1C (a measure of blood glucose control), insulin, C-peptide and hsCRP (measures of inflammation), endothelin, aldosterone, plasma renin activity and HOMA-IR (a measure of insulin resistance). Arterial elasticity in both small and large arteries was also measured, which indicates how well arteries can deal with changes in blood pressure.

"The patients in this study had at least two cardiovascular risk factors, such as high blood pressure, diabetes, low HDL (good) cholesterol or current cigarette smoking, but those with heart conditions such as unstable angina or previous heart attack or who had major surgery in the last 6 months were excluded.

In summary, Dr Ruxton notes: "This randomised, placebo-controlled study showed that supplementation with vitamin C, vitamin E, co-enzyme Q10 and selenium significantly improved large and small artery elasticity in patients with multiple cardiovascular risk factors. This beneficial effect was associated with improvements in glucose and lipid metabolism as well as a significant reduction in blood pressure." 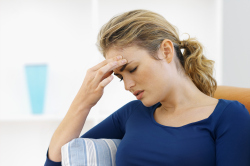 Trust me, I think I'm a doctor: self-diagnosis dilemmas 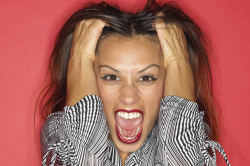 Is it just everyday stress you're suffering or a more serious form of anxiety?