What type of relationship do you have with food?

Women's relationships with food differ completely from person-to-person, but shocking new research reveals that millions of you binge eat, lie about how much you weigh, and have a negative relationship with food.

The study, by the New Atkins Nutritional Approach, also found that eating in secret is commonplace, and many females refuse to tell family and friends the truth about how much they really consume.

Researchers for the low carb expert found that boredom, stress and feeling depressed were the biggest triggers that caused ladies to eat more.

And three quarters of UK women – that is some 24 million females - insist they often feel guilty about how much they eat.

“Whether it is binging, lying about how much you weigh, or eating in secret, you must do your best to stamp it out."

Women typically think about food 12 times a day, and those under 25 have it on their minds twice as much as those over 55.

However, five per cent – that is 1.6million ladies - confess to having food thoughts more than 50 times a day, that’s once every 20 minutes.

Linda continues: “We want everyone to have a happy and a wholesome relationship with food and believe this can be obtained by following a sensible and satisfying weight loss regime.

“Whether you are on a diet or not, food should never be the enemy. It should be a positive and not a negative influence in your life. If this is not the case, then you need to take a look at your diet and also your relationship with food.

“Simple but effective steps can make a real difference and you will notice the benefits immediately.”

The figures, which came from 2,000 females across the UK, around binge eating, secret snacking and lying about food consumption that worries experts the most.

Six out of ten women told researchers they have lied about how much food they consume, almost half said they snack in secret, and over a quarter confess to binge eating – this rises to over a third of those under 25.

Linda O’Byrne, the New Atkins Nutritional Approach chief nutritionist, added: “It may be an old cliché but honesty really is the best policy. Whether it is being honest about how much you weigh, or your relationship with food, you will not be able to make a meaningful difference to your life without being honest with yourself and to others around you.

“The high level of binge eating among women is the most worrying aspect of this report. It is a very dangerous trend but small changes to your diet can have a big impact on you relationship with food.” 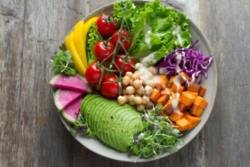 Five simple and safe ways to transform your diet 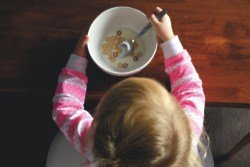 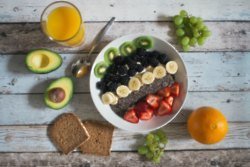