Naomi Campbell’S Most Iconic Looks As She Turns 50

As one of the original ‘supers’, the model is no stranger to serving some serious looks. 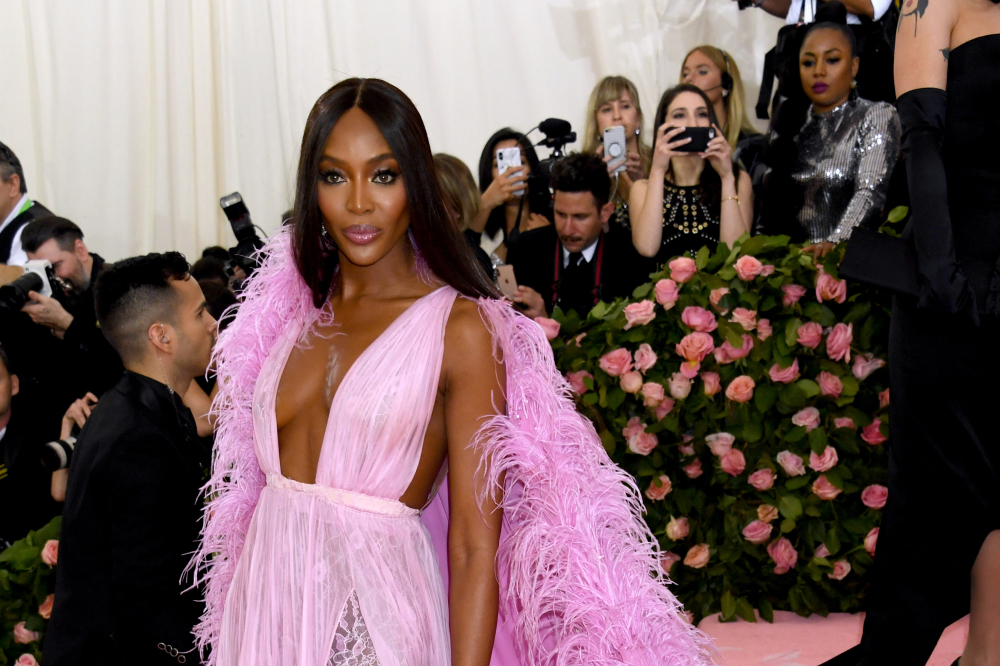 Naomi Campbell’s most iconic looks as she turns 50

Over her career she's broken countless boundaries, including becoming the first black model to grace the cover of French Vogue in 1988. Nowadays, we're used to her flying the flag for fashion in Africa and continuing to run her charity runway show, Fashion For Relief.

In honour of the OG's birthday, here are some of Campbell's best looks from throughout her career…

In 1993 Campbell wore a tartan skirt suit worthy of the film Clueless, made even more Nineties-fabulous by the addition of a pink feather boa, thigh-high socks and platform heels.

Yes, this is an outfit entirely made from newspapers and dollar bills, worn on the runway in 1994.

This classic Tommy Hilfiger outfit, worn during one of the brand's catwalk shows in 1996, shows just how long-standing Campbell's relationship with the brand is. She most recently appeared in one of the label's shows in February, for the collaboration collection with Lewis Hamilton.

If this Versace dress from 1996 looks familiar, it's because she wore something similar in 2017, when the original supermodels: Campbell, Claudia Schiffer, Cindy Crawford, Helena Christensen and Carla Bruni, all walked in a Versace show in tribute to the late designer, Gianni Versace.

When she wore the original dress in 1996, she stepped it up by also wearing the so-called 'millennium' necklace by jeweller Graff.

Campbell often wears black on the red carpet, but that doesn't mean her choices are boring. Take her outfit to the 2000 Baftas – a sleek black gown with an unexpected open back.

The supermodel was also close to the late designer Alexander McQueen. Here, she's walking in his 2004 show, a celebration of all of McQueen's legendary moments.

This outfit – worn to the 2010 British Fashion Awards – is a prime example of Campbell's talent at making an all-black outfit modern and chic. This time via fur shoulders, velvet and a sheer skirt to keep the look from being too funereal.

What could be more iconic than Campbell strutting her stuff at the 2012 Olympics Closing Ceremony in London? She joined the likes of Kate Moss, Lily Cole and Jourdan Dunn onstage, wearing a resplendent gold armour-like dress by Alexander McQueen.

This is a true masterclass in tailoring. Campbell wore a crisp white suit to the 2018 Vanity Fair Oscar Party, and if that wasn't enough, she topped off her perfectly tailored look with a giant vintage Bulgari necklace.

Campbell wore Valentino to the 2019 Met Gala. The theme was camp, and her outfit was ideal in all its pink, lacy, feathery glory. In a peak Naomi Campbell moment, she also brought along with her a dedicated man to fan her on the red carpet – a literal human wind machine.

One of Campbell's greatest achievements is Fashion for Relief, a charity she founded in 2005, which puts on star-studded shows to raise money for disasters like Hurricane Katrina and the Haiti earthquake.

In 2019 she attended the Fashion for Relief Gala sporting a huge bouffant and black outfit predominantly made out of mesh.

Never one to shy away from the nearly naked trend, Campbell wore an Alexander McQueen dress with intricate silver detailing over black mesh to the Fashion Awards last year.

Fittingly, Campbell received the Fashion Icon Award that night – and we don't think turning 50 will slow her down at all. 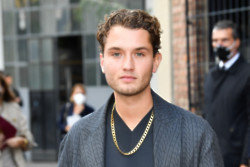 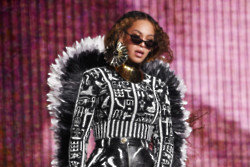