We've all done it; seen a size-too-small, must-have dress sitting on the hanger and attempted to squeeze into it and according to a new survey more and more women are committing 'size fraud.'

Results of a new survey conducted by MyVoucherCodes.co.uk found that a quarter of women regularly buy clothing that is too small for them.

66% of women said that the reason why they commit 'size fraud' is because they feel the need to lie about their figures to themselves to boost self confidence.

A further fifth explained that they like to feel good about themselves by buying the smaller sizes rather than there own.

Despite over half of the ladies that were polled admi 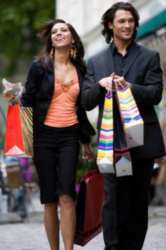 tting that they were on average a size 10 and therefore below the store average size, they still want to buy smaller sized clothing.

Topping the clothes on the size fraud list were trousers, jeans and staggeringly shoes came in third.

Though it comes as no surprise, only 11% of women admitted to being happy with their body size. 89% said no, they were not happy and 77% said they wished that they were a smaller size and weighed less.

Ladies, a size 10 is a beautiful shape! There is no need to want to lie about being that.

As more and more celebs embrace their shape and show of their womanly curves, bigger too, can be beautiful! 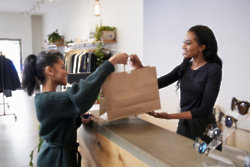 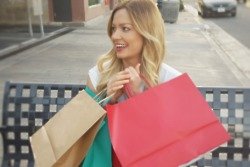 How to control your spending - even when the Black Friday deals are everywhere!