Jessica Alba certainly didn't look like your typical new mum as she hit the red carpet looking stunning this weekend.

The actress proved motherhood hasn't altered her ability to turn heads as she arrived at the ALMA awards in a shimmering two tone pink silk gown by Narciso Rodriguez.

In fact Jessica was a fitting tribute to the work of Rodriguez as she later presented the designer with an award for Special Achievement in Fashion.

Rodriguez was honoured for his modern take on femininity and his sleek and ultramodern use of luxurious fabrics which is hugely popular with the Hollywood A-list.

The National Council of La Raza (NCLR) gives out the ALMA awards each year to honour outstanding Latino artistic achievement in television, film and music. 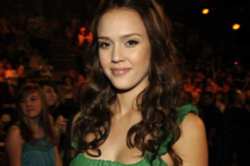 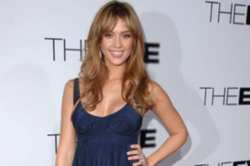