The 'Gossip Girl' wardrobe is worth an estimated £12 million.

I have five pairs of shoes in a large box. They have clothes spread over five storeys!

The hit US TV show, which follows a group of wealthy New York teenagers, is famed for its designer clothes, bags, jewellery, shoes and other accessories.

Each episode of the series - which stars Leighton Meester and Blake Lively - features a string of exclusive outfits, which are stored in an impressive wardrobe spanning 1,500 sq ft and five floors.

Chace Crawford, who plays Nate Archibald on the show, said: "The girls disappear into that wardrobe for hours. They are like kids in a candy store! In fact, I always ask them not to schedule my fittings after Blake's, because she always makes me late for my next scene.

"I tell them they have to get her enough Disneyland time."

Costume designer Eric Daman has revealed it is a lengthy process trying to decide which pieces are featured on the show.

He told Britain's Grazia magazine: "We average five to six looks per character - a total of 80 outfits per episode. And you have to go through 500 to get to that 80."

Chace insists most of the wardrobe space is occupied by outfits for the leading female characters.

He added: "I have five pairs of shoes in a large box. They have clothes spread over five storeys!" 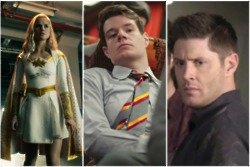 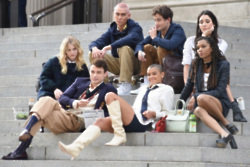 Everything we know about the Gossip Girl reboot

Funeral director reveals what happens to...