Fashion house Valentino will open a flagship boutique in Paris devoted solely to their menswear line.

Valentino is launching its first menswear only stores.

The Italian fashion house has revealed its plan to open dedicated menswear boutiques as part of its mission to expand its business, with the first shop due to open in Paris.

Designer Maria Grazia Chiuri told WWD: "Florence was fantastic, but Valentino is connected to Paris historically, it's always shown there and we want to offer a global vision of the brand."

Fellow designer Pierpaolo Piccioli said: "Men's can now be associated with Place VendÃ´me, our headquarters and the brand."

Valentino - created by retired designer Valentino Garavani - is set to unveil its autumn/winter 2013-14 menswear collection in Paris on Wednesday (16.01.13) and the new line will be available in its flagship boutique in the French capital later this year, followed by stores in London and Milan.

Pierpaolo added that Valentino intends to have exactly "the same execution" for both men and women and are planning more daring uses of materials and tailoring.

He said: "We didn't overturn the men's category, but changed it from within, with more interesting constructions and fabrics."

Architect David Chipperfield has signed on to construct a stylish design for the new stores. 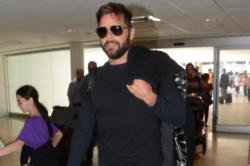 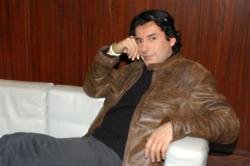 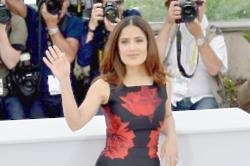 Salma Hayek Was 'Terrified' of Turning 50