Say no to fake fashion

Could you tell if an item was counterfeit on the web?

Counterfeit designer goods may be plaguing the internet, and our wardrobes too, according to new research.

Vestiairecollective.com, Europe’s leading trusted social site for the resale of designer and premium fashion, releases a study revealing that 61% of female online marketplace shoppers have been mislead into purchasing counterfeit designer goods, or knew at least one person who had accidentally brought a fake designer item through the internet.

Furthermore 66% of women admitted that they don’t feel they possess the knowledge to accurately identify a counterfeit product from a genuine item.

Online sales figures released in 2013 revealed that Britain continues to lead the way in Europe with over 39 million residents choosing to shop online. Furthermore almost half of this number use online marketplaces As one of the members of the ‘Charter Against Counterfeiting on the Internet’ vestiairecollective.com carried out a piece of market research to explore the current prevalence of counterfeit designer fashion goods on marketplace sites in the UK.

The survey reveals that almost 35% of female online shoppers who use resale sites admit to unintentionally purchasing at least one counterfeit designer fashion item through the internet whilst believing they were purchasing a genuine designer piece, over 35% spent between £200-£1000 on their purchase.

A further third divulged that although they believed they hadn’t purchased a counterfeit item themselves they knew at least one person who had. 18% of respondents admitted to feeling unsure of the authenticity of some of the items they purchased, leaving only 21% believing they hadn’t experienced any counterfeit issues.

60% of respondents admitted that they didn’t realise the item they purchased was a counterfeit until a while after receiving it.

Worryingly 66% of respondents admitted they didn’t feel they possessed the knowledge to accurately spot a counterfeit item from a genuine good.

Two thirds of respondents said they would consider using a resale site to purchase designer goods again, however 33% felt they would be nervous to do so with 37% admitting they would only use a resale site again if there was a guarantee that the item was genuine.

Fanny Moizant, Co-Founder of vestiairecollective.com comments:  “We noticed the rise in the popularity of online marketplaces five years ago, at the same time we spotted there was a gap in the market for a trusted site, where customers could be sure that the items they purchased are genuine. So we launched vestiairecollective.com in 2009, putting authenticity and quality control at the centre of the business. We launched with an exclusive model that begins with a careful curation process, followed by the physical check of 100% of the items that are sold on the site by our in-house experts. We signed the 'Fight Against Online Counterfeiting Charter' in 2012 in order to work closely with luxury brands and ensure zero tolerance to counterfeit goods”

Fanny advises on a 5 point system to spot counterfeit:

“The material can tell you a lot about the quality of an item, if it’s leather it should feel and smell like leather. If the item you’re inspecting is a bag, make sure you take a good look at the stitching, uneven or slanted stitching is a sign of a poorly made item and therefore a counterfeit. Check the logo, which is often a slip up area for many copies, every brand includes unique details to ensure they can identify a genuine piece. Finally look for a serial number and colour variations in the material” 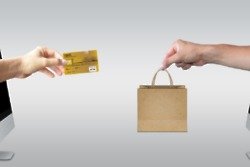 IN SEARCH OF AN AWESOME ONLINE SHOPPING EXPERIENCE? THINK WIDILO! 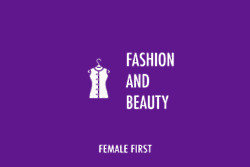 11 world-famous books every designer should read in 2020