Victoria Pendleton swapped cycling for modelling when she modelled a one-of-a-kind green Union flag dress made exclusivly for her by Wayne Hemingway.

The dress, which has been made entirely from recycled fabrics, is designed to reflect the symbol of Green Britain Day, a green Union Flag.

An annual event, Green Britain Day is a focal point for people to take action towards living a more sustainable lifestyle and aims to inspire the nation to work together and lower Britain’s carbon footprint by the time the London 2012 of Olympic and Paralympic Games..

As part of Green Britain Day, people will be asked to do something green for the team and join ‘Team Green Britain’.

For example, fashion lovers could join Team Swap which encourages people to exchange old and unwanted clothes with friends and family. Swapping clothes rather than buying new is environmentally friendly as it reduces landfill and saves on the carbon emissions generated by the transport of new items. It’s also a great excuse to get together with your friends and get a whole new wardrobe without spending a penny!

Victoria says, “I love making my own clothes and shopping in charity stores so I jumped at the chance to have a dress designed for me by Wayne Hemingway using only recycled materials.

“As an athlete you might not expect me to say this, but I believe that London 2012 is so much more than a sporting event. It’s a chance not just to show what Britain can do in the sporting world, but also what difference Britain can make towards a lower carbon future; a once-in-a-lifetime opportunity to lead the world in the fight against climate change. That’s why I’m incredibly proud to be an ambassador for Green Britain Day which will hopefully inspire millions of people to take action as part of Team Green Britain.”

Established British designer Wayne Hemingway of Hemingway Design has long been an advocate of sustainable living, having designed everything from eco products to working on green housing projects.

Wayne says, “I was brought up in a ‘make do and mend’ culture and sustainability is very important to me."

"It’s an honour to design a dress using such an iconic image as the Union Flag for one of our greatest athletes. The design shows that being green can be fun and save you money at the same time, so I hope it will inspire people to take action as part of Team Green Britain and maybe even start making their own clothes.” 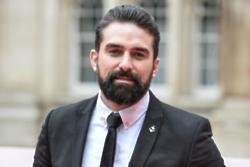 Celebrity SAS: Who Dares Wins to get whole series 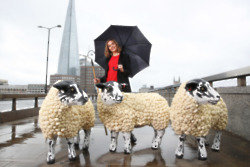 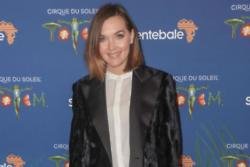