Gwyneth Paltrow has been praised for bringing "back an element of both magic and excitement" to candles and scents.

Gwyneth Paltrow has been praised for challenging people's ideas of candles and scents.

The 47-year-old actress and wellness guru has just released her latest risqué scented candle 'This Smells Like My Orgasm', following on from 'This Smells Like My Vagina' and Heretic founder Douglas Little, who works with Paltrow on her candles, loves how she constantly pushes the boundaries.

He told Gwyneth's lifestyle website goop: "Her desire to boldly colour outside the lines helps us bring back an element of both magic and excitement to both worlds.

"Where Orgasm is vibrant, bright, and uplifting, Vagina is more deeply sensual, warm, and seductive. You kind of can't have one without the other."

Describing the candle - which retails for $75 - he said: "You experience all of it--the ripe cassis berries and the wet Turkish rose petals, and then that grounding gunpowder tea."

Meanwhile, Gwyneth previously claimed she wanted to take the "shame" out of women's private parts when she named her first candle.

She explained: "The idea [is] that women have been taught to have a certain amount of shame about their body. So, if you just light a candle that says 'This Smells Like My Vagina', and put it on the coffee table, it's kind of a punk rock statement."

And fans will want to get their hands on the new scent soon, as the first candle sold out twice, with celebrities such as Sir Elton John snapping up the product.

Little explained: "Elton John bought a ton of them. Like a lot. Like, a lot a lot. He's a fan.

"We have been hounded and stalked by so many people [trying to get one]. I saw the candle being sold on eBay for a ridiculous price." 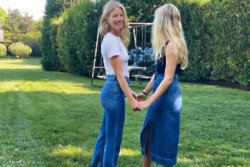 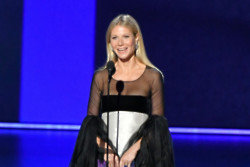 Gwyneth Paltrow's daughter doesn't like fashion advice from her mom