Lindsay Lohan and her brother made a rare appearance at Paris Fashion Week. 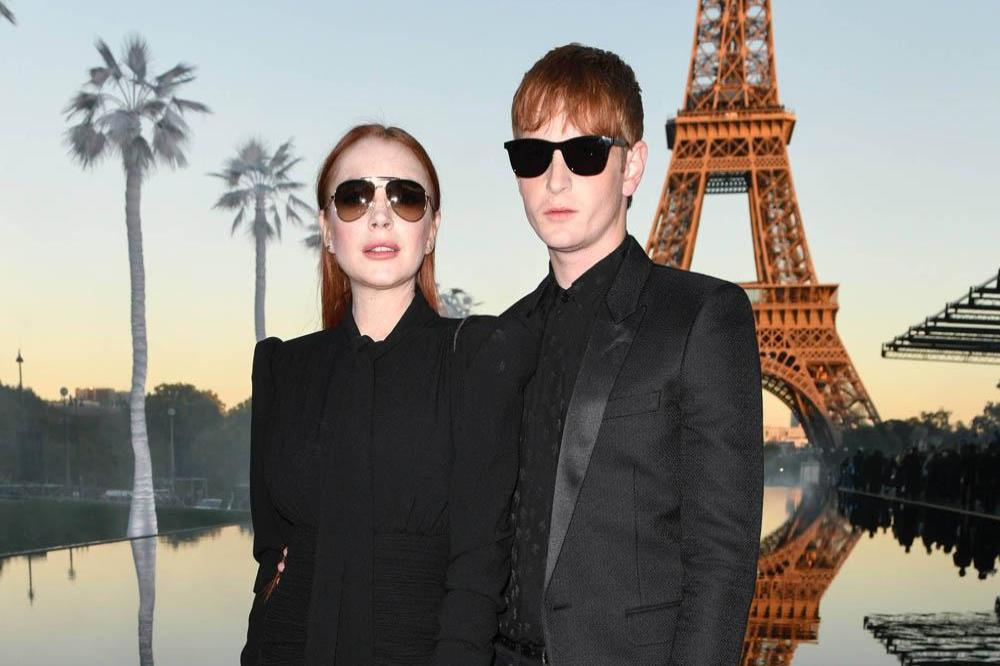 The 32-year-old actress last showed her face at a major runway show three years ago, but all of that changed this week when she made a shock return to the fashion world by attending the Spring/Summer Saint Lauren 2019 catwalk show alongside her model brother Dakota.

The siblings documented their day touring the city via Instagram, and Lindsay posted a photo of herself and Dakota, 22, just before a fitting for the luxury fashion house - posing outside their store window.

Lindsay sported a laid-back white T-shirt and black leggings combination, pairing the outfit with a dark bomber jacket and accessorising with a chic black hat and sunglasses, chunky heeled boots and a studded leather shoulder bag.

Dakota also opted for a bomber jacket, coupled with a plaid shirt and baggy jeans with white trainers and sunglasses - adding a splash of colour with a yellow fanny pack hanging from his neck.

The model posted an Instagram story of himself in the car with his sister, singing along to loud music.

He wrote: "Having so much fun with my sister."

The trip comes after it was announced that Lindsay will be starring in a new reality TV show - focused on her life in Greece - called 'Lohan Beach Club'.