Christmas shopping is a stressful time for most people

Christmas is almost upon us and yet people are still searching for last minute gifts, and feeling the pressure because of it.

In fact, with the clock ticking and the cut off for many online deliveries having been and gone, 20th December marks the day that Brits feel most panicked about buying Christmas gifts.

The research, conducted by Barclaycard, found that Brits are planning to spend an average of £32 on each gift this year, but over a third are likely to spend more the closer to Christmas they leave it.

Over two million Brits are expected to hit the high street this week to do the majority of their Christmas shopping.

With two fifths expecting to buy presents for at least 10 loved ones, there’s no wonder they feel stressed, anxious, panicked, and unaware of our spending when doing last minute present buying.

Last year, Brits budgeted to spend an average of £362 on Christmas presents in total, but ended up going £65 over this. However, despite tougher economic conditions, almost two thirds plan to spend the same, if not more this year.

Finding the right gift appears to outweigh financial sense, as four out of five admit they’d be willing to go over budget if needed. This will see Brits spending an additional £9 on average per gift, with a fifth willing to go £15 or more above their budget.

David Chan, CEO of Barclaycard Consumer Europe comments: “It’s clear from our research that Brits lose track of their finances the closer to Christmas it gets, which puts them under increased pressure once the festivities are over. We want everyone to enjoy the Christmas holiday, and at the same time take the opportunity to maintain a view of their finances to ensure they don’t suffer as a result. 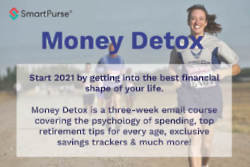 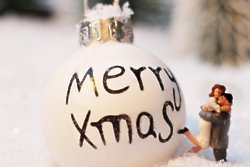 Employee gets final pay cheque in...