Frustrated by the size of your partner’s pay packet?

LONDON, UK â€“ 29 FEBRUARY, 2008 â€“ A new study has found that todayâ€™s professional workers in the UK are resentful that their partners are not earning enough.

Nearly two thirds (61%) of men believe their partnerâ€™s pay packet needs to be larger. However, the research also found that a similar number of professional women want their partner to take more responsibility for bearing the financial strain. 65% of women are concerned that their partnerâ€™s contribution to the home is not sufficient.

The findings, in a new study by global recruitment and talent management consultancy, Hudson, shed light on the pressure many employees suffer at home to move to a better-paid job, potentially at the cost of other important factors that contribute to job satisfaction.

Only a small number of professionals across the country seem unconcerned about what their partner earns - 7% say they never think about it. But some men still think they should be the breadwinners in the household - 4% say they wished their partner earned less.

Andy Rogerson, chief executive of Hudson UK, commented: â€œItâ€™s natural to be concerned about money, particularly in the current economic climate. However, most people would readily admit there is much more to job satisfaction than their salary. Pay is often a big motivator when choosing a job, but the challenge offered by a role, the culture of an organisation, and opportunities for training and progression are often the factors that contribute most to happiness or force workers to head for the door. Ironically, the happier you are in a job, the better your performance will be and, ultimately, the more youâ€™ll be rewarded financially.â€

Hudsonâ€™s advice on what else, besides pay, you should consider when changing jobs:

Firstly, donâ€™t resign in haste and regret it at leisure. Look at salary surveys for your industry and role and identify whether you really can achieve a much higher wage elsewhere, given your skills and experience. While most employers are still recruiting in the current economic climate, bear in mind that some sectors, such as financial services, are laying people off. Once youâ€™ve identified a new role, ask whether it gives opportunities for progression. Can you see clearly what your next move would be within the organisation, and is there a logical, well-defined route to get there? Who will you learn from and how much time will they give you? Find out what sort of training will be provided. This should go beyond helping you in your current role as itâ€™s also important to have the chance to learn new skills that enable you to take on new opportunities. Establish who you will report to, what the companyâ€™s HR policies are and who will act as your career mentor in your first year and beyond. All organisations have a distinct culture, so itâ€™s important to spend some time in your potential place of work, observing interactions between employees. Hang around in reception, visit the staff canteen, or ask if you can attend company drinks or a company meeting. Ask your interviewers to define the good and bad facets of the working culture. Finally, before making the leap, speak to your manager to identify whether you could improve your current role or pay prospects, or even transfer to another role within your organisation. 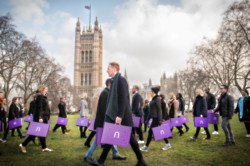 5 tips for keeping on top of your finances 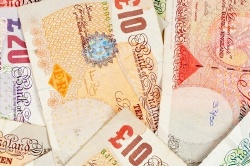 Common sense saves you £844 per year
Are you falling into the pension ‘black hole’?