DiRT 4 Preview - Right Around the Corner

Every stage is unique, beautiful, and full of little details you'd normally expect to see in something crafted rather than generated.

Rally games are a pretty hard bunch. In some ways they are like the Dark Souls of racing games. Making painful mistakes is easy, you have complex systems to manage, and missing a cue (in this case: from your co-pilot) can end up with you wrapped around a tree.Codemasters' DiRT Rally was (in)famous for its excellence, the forbidding difficulty level, and little to no support for newcomers to the genre. How does the next entry in the series fare, based on early glimpses? Let's take a look and see what we can expect from DiRT 4. 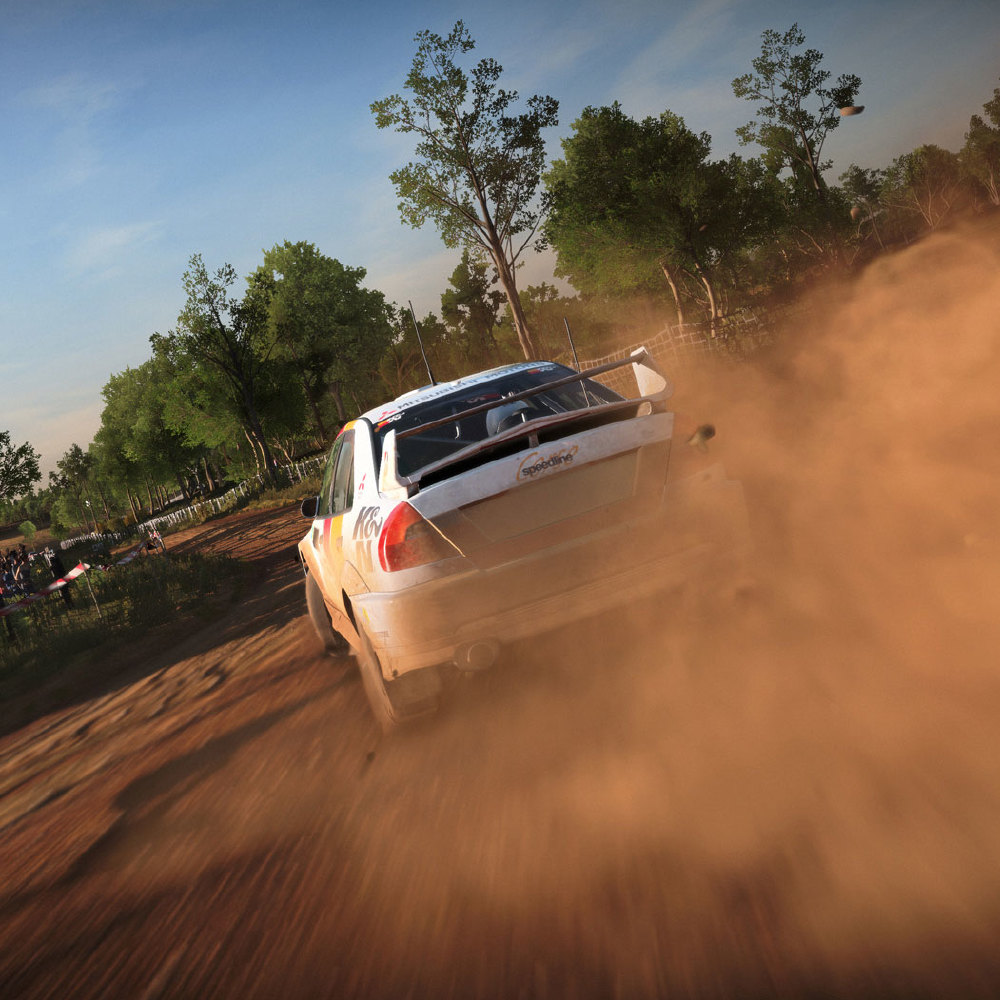 If there is one defining feature of DiRT 4, then without a doubt the title goes to Your Stage system. Know the old chestnut, that a rally driver does a thousand corners once, instead of one corner a thousand times? For once it's going to be true in a rally game.With Your Stage, every track is procedurally generated according to several factors, chief among them are length and complexity. There are also secondary factors, like weather (and transitions between different weather conditions) and, of greater importance: the country in which you want to test yourself.And, if every preview out there is to be believed, it works like wonder. Every stage is unique, beautiful, and full of little details you'd normally expect to see in something crafted rather than generated.And if you find a particular creation cool enough you'll be able to share it with friends without a problem. Let them crash against the tree that ruined your perfect run, because this is what friendship is all about.

As we mentioned earlier, DiRT Rally was quite a difficult game with a very high skill threshold. Codemasters recognized it as a problem, and did several sensible things to make DiRT 4 much more approachable without compromising the features meant to draw in genre veterans.First off, you get two difficulty levels to choose from. Simulation is what is going to be the hardcore mode, for people who had broken their controllers on many rally games in the past. No assists, only your co-driver shouting at you.Pick a Gamer difficulty, however, and you'll find yourself in a much more forgiving (although still pretty hard) game, with visual cues to support co-driver's chatter, easier steering, less important weight distribution etc. For newcomers it will be an easy way to learn the ropes without the frustration of learning the hard way.

This is another feature for those who need some help figuring out how this game should be played. The Academy will give step-by-step playable instructions on every key aspect of controlling your vehicle. It's certainly an upgrade from not exactly informative videos which didn't even let you practice.

Joyride will be there for those who want a breather from doing the best times, tweaking your machine, and otherwise being a professional. In this mode you'll find several fun challenges without high stakes, meant only to give a you chance to relax and enjoy the physics model (and there's a lot to enjoy there, reportedly).

This may end up being one of the best-looking rally games in recent years, and the key to that is all in the details. Things like seeing a drone filming your progress when you conquer a hill, a competitor's car crashed against a tree. It's things like gradually and realistically growing coat of mud the further you are on the given stage. Codemasters' clearly know what they're doing.All of it is especially impressive, since, let's say it once again, all stages are procedurally generated, and yet every preview seems to praise how smoothly all of it fits together.Source: www.spieletester.com

DiRT 4 is shaping up to be a pretty damned cool game, for both old hands at rally racing and those who want to see what all the fuss is all about. Two distinct difficulties, an excellent shot at infinite longevity (Your Stage), and visuals providing an immersive experience. And that's not even covering the cars (there will be some classics!) and gameplay modes, like Landrush. DiRT 4 may well have enough content to give Codemasters years and years of time to bring forth something even bigger.DiRT 4 launches on June 9 this year, and the preorders are up for grabs.

Are you going to be a Gamer, or is Simulation more tempting?