The brand new KIA Xceed is a well spec’d urban crossover utility vehicle based on KIA’s successful Ceed, it is lauded as a sporty alternative to the SUV that combines practicality within a sporty package encompassing the handling of a hatchback. 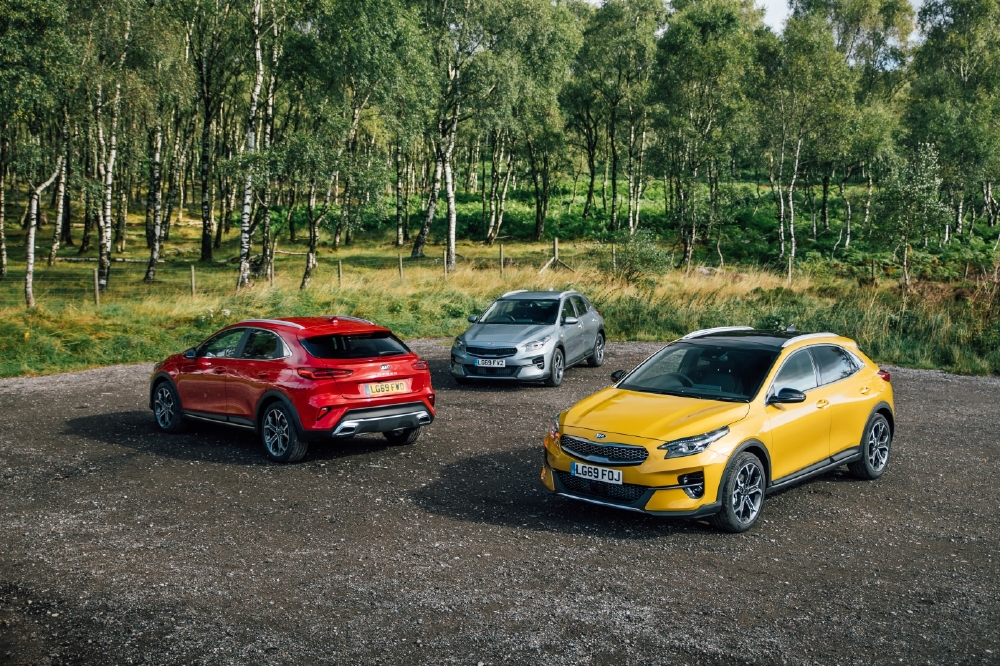 In other word’s a ‘do it all’ compact SUV that can do the things traditional SUV’s do but also what they can’t – quite a claim to live up to.

The Xceed is not a huge car when compared to its stablemate the Sportage, the Xceed is similar in size to urban crossovers like the VW T-Roc or the Toyota C-HR. KIA even see it with its all-round versatility making inroads against the likes of the Focus, Golf and the Astra.
The hi spec, and refined luxury will also allow the XCeed to compare favourably against Mercedes GLA - so KIA’s newcomer has great expectations.

The Xceed is certainly a looker, with its sleek bonnet capped with Kia’s tiger nose grille, a rear end that is pleasing to the eye, with a coupé-like roofline, a rear diffuser and a ‘nipped’ horizontal line running below the back window, across the tailgate.

Entry-level cars do not miss out on any safety features as all have, lane-keeping assist, forward collision warning assist, which btw can jump on the brake if it thinks it’s about to hit the car in front, and grade 3 cars are fitted with the clever, ‘pedestrian and cyclists’ detect sensors.
Handling, the XCeed is beautifully balanced through turns with steering that’s not too light, giving it a sporty feel, road grip is good producing a ride that is firm and reassuring.

When we drove these at the Xceed launch, we were able to try them in 1.6-litre diesel and range-topping 1.4-litre turbo petrol form while also trying the low cost, 1.0-litre turbo petrol on a mixture of motorways, ‘A’ roads, through to town, and country driving and the Xceed came up trumps in all conditions.

Kia XCeed 1.0 T-GDI
If you like the Xceed, the 1.0-litre version is the one to choose – particularly in entry-level ‘2’ spec – because it combines sprightly performance with good level of equipment and a sensible price

With its 3cyl, 998cc, turbo, petrol engine that turns in 118bhp coupled to a ultra, smooth 6-speed manual gearbox making it ideal for town driving though you will need to give it a few revs to get the best out of this engine.

Buyers will appreciate the low running costs when compared to the 1.4 which gets 42.8mpg the 1-litre can turn in 45.6mpg, depending on spec and how you drive.

Better economy can be achieved from the diesel version, which manages 52.3mg and lower CO2 emissions means low road tax, though unless you’re doing plenty of motorway runs, you’d be better with the petrol models.

The 1.4 First Edition’s smart black interior sports a yellow contrast stitching and yellow trim carrying the colour elements from the exterior making it ‘standout’ - maybe it will not suit everyone, if not the lower spec level 3 trim offers a more toned down option.
The First Edition has a fully-digital driver instrument cluster, and both it and the grade 3 models get a big, cinema-aspect 10.25in TFT touchscreen, complete with its own sim card, giving access to connected services like live traffic updates, weather as well as running both Android Auto and Apple Carplay

Another nifty feature is a smartphone app called UVO connect, this allows you to select a destination, send it to the car from your phone, no need to enter it via the touchscreen). UVO Connect also monitor’s tyre pressures, tells you the vehicle’s location, handy of you’ve forgotten where you parked, oh it can also lock the car.

A useful piece of kit the 10.25in interface has the ability to connect two phones via Bluetooth at once – not seen on another car, this means that you can use your personal phone while at the same time keep your business phone connected or simultaneously connect your passengers phone along with your own with easy switching between the two - a brilliant feature.

In terms of space and comfort, it’s very roomy though if you go for the First Edition’s sunroof, the roof lining is quite a bit deeper, so taller buyers might want to rethink this option. The rear seats have plenty of head and leg room. One drawback though, the back seats don’t have USB or other sockets to power phones. The top spec XCeed buyers get rear seats that fold 40:20:40 as opposed to the 60:40 split, meaning you can fold the central armrest flat and place long items through, a height-adjustable boot floor taking the boot space up to 426 litres.

The top spec 1.4-litre four-cylinder turbocharged motor offers a sporty 138bhp making overtaking easier and safer. The sport mode helps, which livens up the 7-speed auto transmission and it selects the best gear while slowing into turns, allowing a speedier exit. In normal mode it is slightly more sluggish when changing down.

Going into 2020, KIA will release a plug-in hybrid version of the XCeed with an electric range of around 30 miles before the combustion engine kicks in, this will allow short commutes, school runs and other errands to be completed exhaust emission free, on pure-electric power.

But given the amount of tech loaded as standard and with prices starting at a reasonable £20,795, anyone in the market for a compact urban crossover that is different than the standard you should head over to your Kia dealer and get a test booked you will certainly be impressed Another thing don’t forget to take a second phone along with you if you’re looking at the 3 or First Edition models. 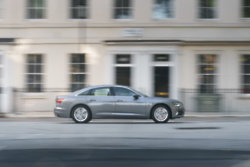 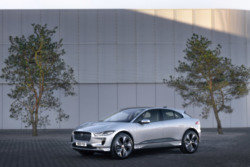 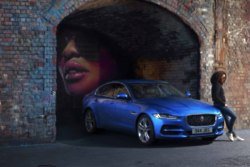