Fastest ever accelerating Audi S8 clocks 0-62mph in just 3.8 seconds with a top speed of 189 mph.

The unbelievable Supercar pace of the Audi A8 is an new evolution of the already formidable S8 performance saloon. 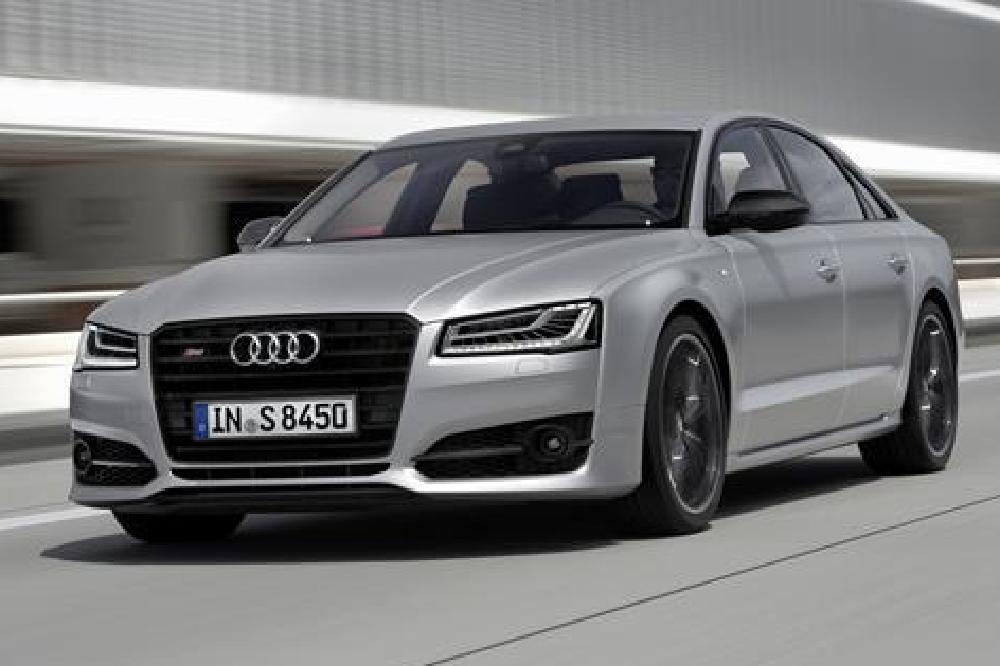 The all new Audi S8

Ramping up power from the 520PS offered by the 'standard' S8 to an intoxicating 605PS, the S8 plus is also capable of producing up to 750Nm of torque on demand - the highest output of any Audi in the current model range.

Encased by the lightweight, predominantly aluminium Audi Space Frame, which in isolation weighs just 231kg, is a modified version of the 4.0 TFSI engine already used to power the current 520PS S8.

An overboost function facilitates the maximum torque elevation from 700Nm (516.3 lb-ft) to a muscular 750Nm (553.2 lb-ft) when required. As a result, a mere 3.8 seconds is all it takes for the stately super saloon to blast past 62 mph, after which it swiftly pulls towards an electronically limited 155mph top speed. Upon choosing the optional dynamic package, top speed increases to 189mph, and fade-resistant carbon-fibre reinforced ceramic brakes are added, featuring brake calipers finished in anthracite-grey with the Audi ceramic logo.

The full force of this prodigious output is transmitted to the road via an eight-speed tiptronic transmission and quattro all-wheel drive. A sports differential apportions the torque between the rear wheels for optimum directional stability. Chassis highlights include the S sports adaptive air suspension and dynamic steering, both of which have been tuned specifically for the S8 plus. UK specification models are fitted with 21-inch alloy wheels in a unique high-gloss black double-spoke design shod with specially designed size 275/35 tyres.

The standard dual-branch sports exhaust system opens out into two oval high-gloss black tailpipes on the left and right. It is modified by quattro GmbH and gives the S8 plus an unmistakable V8 sound.