I have just come back from a lovely trip to Tuscany with Kia, to test drive their new third generation Kia Picanto 1.0, and what a lovely part of the world it was. We got off the plane and were given our keys, I put my suit case into the boot of the car and it was really quite spacious plenty of room for the two of us, our hand bags and cases. 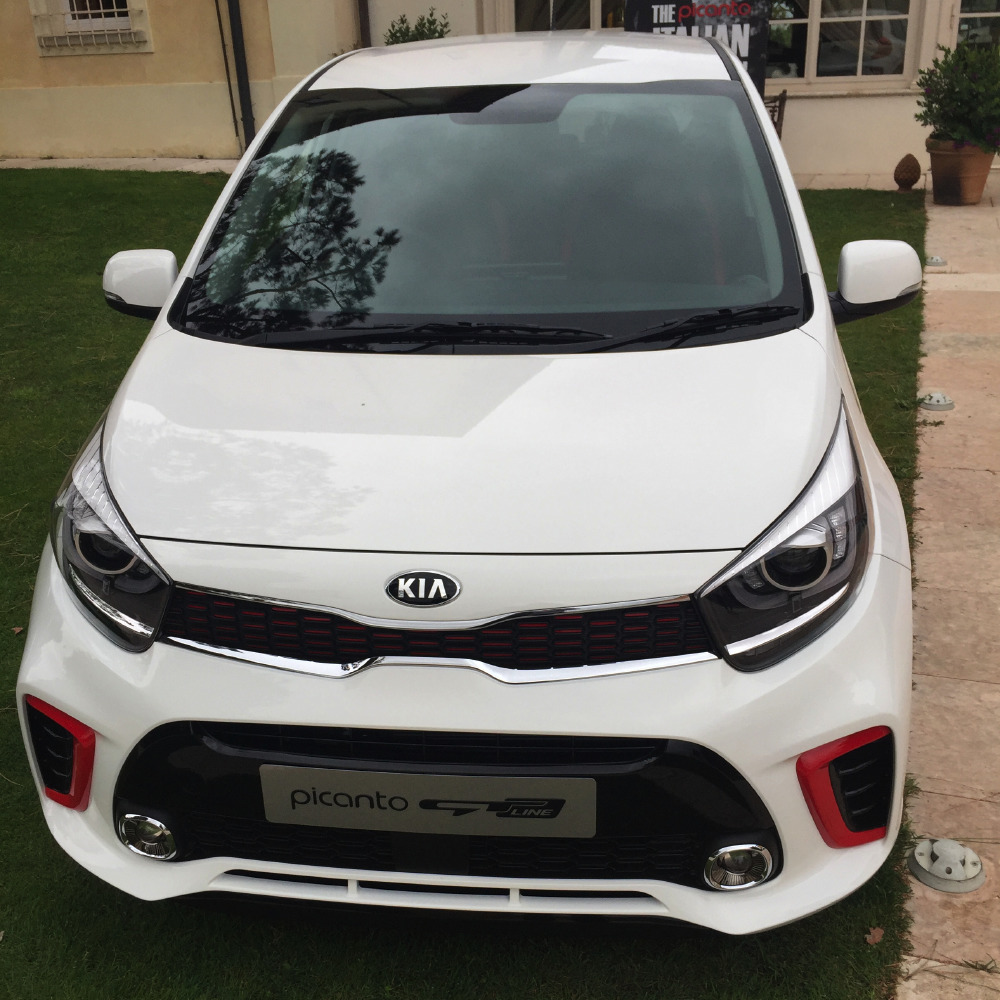 The destination already had been put into the Sat Nav and we were heading to the L’Andrana Hotel which is in the top 100 hotels in the world.

I didn’t do to good at the beginning I missed the exit in the airport car park and had to go around again well it was getting me used to the car. I knew we were in for quite a drive as it was going to to be about 2 hours from airport to hotel. I felt quiet comfortable in the car, it was really very nippy and handled really well around corners and the route they gave us involved rather a lot of those, up into the hills and through several little villages, the locals must have been very amused to see so many Picanto’s in convoy going through their little towns over the hours.

We were one of the first to arrive at the hotel and all I can say is ‘wow’ the hotel had a drive way of nearly half a mile cattle on the right and vineyards to the left, trees graced both sides of the road as you drove up, very different from what it had been originally marsh land full of mosquitoes and malaria. After this amazing drive way we reached the hotel which was originally the main house and was once owned by the Grand Duke Leopold II.

We were given our keys and escorted to our rooms, all the rooms in the hotel are very different, mine had this huge bed room and separate bathroom over looking the vineyards and the main house some had mezzanine where the room was over two floors. The whole of the hotel was just stunning and the staff were so nice and made you feel at home, nothing was to much trouble.

After we were settled into our rooms we had been invited to wine tasting which was situated in the hotel grounds and part of the La Trattoria restaurant this is where we were going to be eating later. We were introduced to a white, rose and red wine all grown on the grounds of the hotel. White is my favourite and sparkling of course who doesn’t like a bit of fiz, but being the good wife I brought home a nice bottle of rose and red for my husband.

After our wine tasting we went to our rooms to freshen up ready for our dinner, we had pre dinner drinks champagne and canapés in the main reception area before being led off to the restaurant, which as I said early was in La Rrattoria Enrico Bartolini a one star Michelin restaurant, and the steak we had was mouth watering so soft and tender just melted in the mouth.

I was one of the early ones to bed, as I wanted to drive the GT I in the morning before we left for the airport.  I was up for breakfast at 7.30 after a great nights sleep refreshed and ready to go. I took the Picantp T-GDTi out for a drive by myself just so I could stop off and admire the views of where we were. Again the sat nav had a short trip put into it and off I went.  I have to say some of the scenery is breath taking, Again this car was great to drive very nippy and full of umph, as Kia’s A- segment or city car  the Picanto has been given a thorough makeover to bring it in line with the rest of the brands, the new Rio Super-mini and established Sportage SUV. It’s a more eye-catching car, with its bold tiger-nose grille, sharp detailing and optional LED daytime running lights.

Inside it is impressive, by only adding an extra 15mm to the wheelbase the design team have made the rear seat room more generous. In a car no longer overall than previous models the extra distance between the front and rear wheels allows adults travel in comfort on longer journeys.

Extra touches like the small central armrest improve practicality further and the 255-litre boot is bigger than all the Picanto’s main city car rivals.

The Picanto comes in three engine choices all of them are small petrol. There’s a non-turbo 1.0-litre three-cylinder, the same engine with a turbocharger (so more oomph, basically), or a 1.2 four-cylinder. A five-speed manual gearbox comes as standard on both, and a four-speed auto is available on the 1.2 as an option.

As you would expect the naturally aspirated 1.0 is the cheapest engine to buy, and makes sense if you spend most of your time in and around town. It does though have to work much harder out on the open roads and patience is required when you need to overtake on a country road hitting high revs to get the acceleration.

The 1.2 is not much quicker, but still has a bit more power than the equivalent engine in the i10 and it revs more keenly than the 1.0 with extra pull from low revs - certainly handy for quicker safer overtakes. This is the engine we’d recommend, although we are yet to drive the turbocharged 1.0 motor.

For the gearbox, stick with the five-speed manual, which makes better use of the engine’s performance than the optional four-speed automatic.

Wheel sizes range from 14in to 16in diameter depending on which trim selection you make, and the cars with the larger 15in and 16in options. The ride is as smooth as it is in rivals because the Picanto is ideal around the potholed and uneven town roads, though it thuds more heavily through the cabin across sharper-edged bumps.

The driver’s seat is comfortable and supportive with good side support keeping you in place through corners. Well aligned pedals - driver seat adjuster on all but the basic trim level make it easy to find a good driving position. Its definitely a great car for young family to get around town, a great size for parking, and I definitely think it puts the rest of this category of car to the test looks great, drives great and I could definitely see my teenage son wanting to drive it

The car has advanced connectivity and driver assistance which is great to help with the reduction of accidents., it features twice as much high strength steel as the previous model again to help keep you and your passengers safe in the case of a collision.

The Kia Picanto is a small car that smacks a big punch it drives really well and it hold the road brilliant for me this car is aimed at the younger generation to be fair it does seem a  rather sporty looking car small, great for city driving and at its price point you cant knock Kia at all great value.  With all kia cars you have this incredible seven year warranty which stays with the car and is pass on from owner to owner or 100,000 which ever comes first.

The GT-Line S comes with wireless phone charger an electric sunroof and heated front seats and steering wheel push button start DAB radio and rear parking camera sensors which is great if you struggle with reversing or parking. This is a greeat car, fun to drive and a winner Kia it definitely gets the thumbs up from me and Femalefirst. 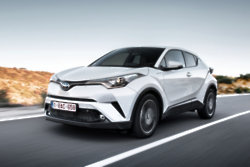