Toyota has taken another step towards a hydrogen-powered future with the arrival of the first Mirai fuel cell.

The cars, landed on Saturday (8 Aug 2015), are part of the first consignment to reach Europe, ahead of Mirai's official launch in September. 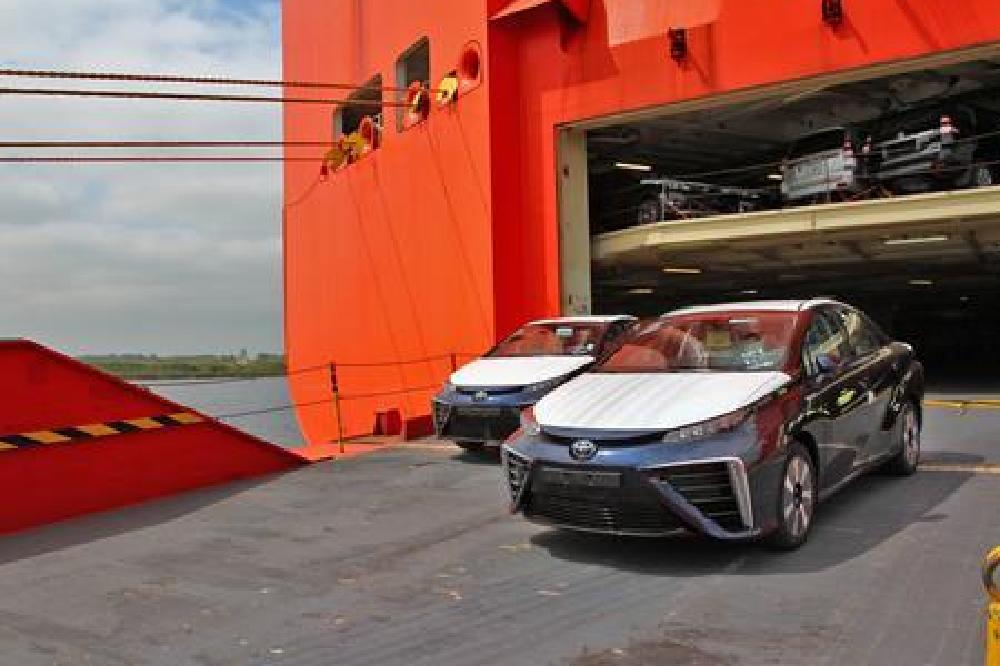 As part of Toyota's global introduction of the world's first mass-produced fuel cell saloon, the four-door Mirai is being offered in selected European markets - the UK, Germany and Denmark - where a hydrogen fuel supply and retail infrastructure is being developed.

The limited number available in Britain this year have already been snapped up, principally by business and corporate customers keen to be among the first to explore the potential of Toyota's advanced fuel cell technology and its promise of zero harmful tailpipe emissions.

Karl Schlicht, Executive Vice President Toyota Motor Europe, said: "This marks the debut of a new age for clean mobility, a turning point in the history of the automobile. With Mirai and its fuel cell technology, Toyota is working on delivering clean, safe and enjoyable mobility for the next 100 years. We are looking forward to the start of deliveries of the first Mirai to customers from September and to see the future taking shape on European roads.

"As with Prius 15 years ago, we are proud to bring yet another ground-breaking innovation to the marketplace."